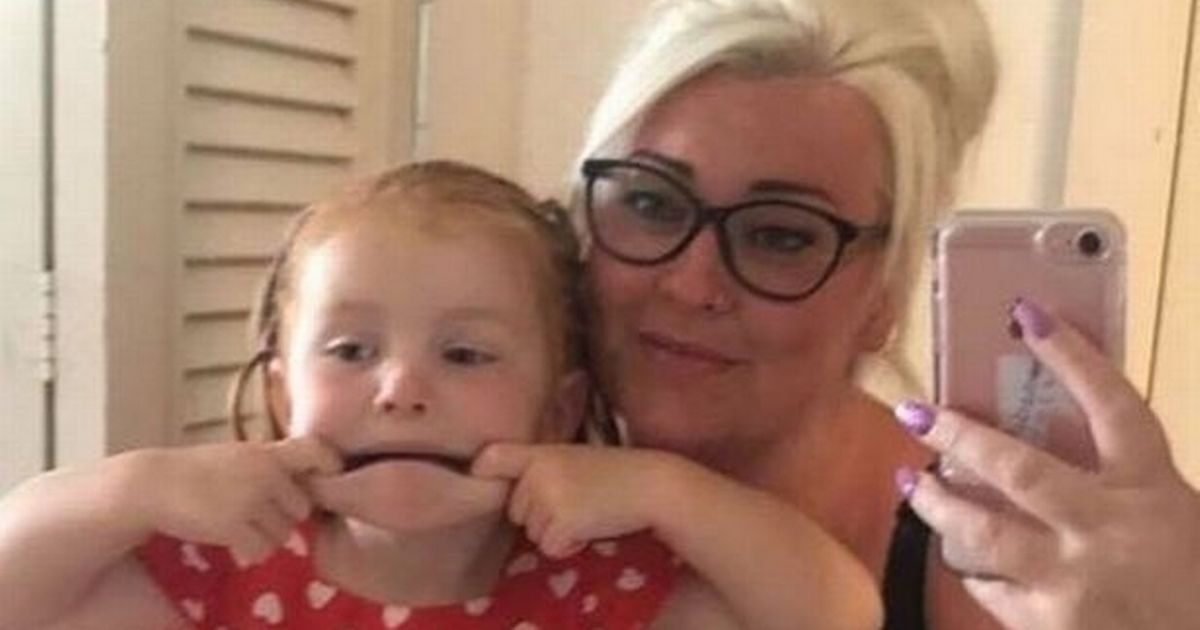 A mother has vowed to keep breastfeeding her three-year-old daughter, despite sometimes getting 'funny looks' in public.

Emma Smith, from Hull, Yorkshire, said the glances do bother her, however she insisted the practice provides real health benefits to her child.

The 31-year-old said she will only stop breastfeeding her daughter, Rosie, when the pre-school pupil decides she has had enough.

The Asda catering assistant said she struggled at first to breastfeed, and has thought many times about giving up – especially in the first two weeks when it was painful – but says she is glad she persisted.

She told Hull Live about her experience with Rosie, after a row broke out about breast and bottle feeding on one of the news outlet's Facebook pages.

The debate began after the World Health Organisation revealed that feeding a baby with bottled milk increases the risk of obesity by 25 per cent.

Emma told other mums not to judge each other on their feeding choices and admitted she gets judged for breastfeeding her pre-schooler.

She said: "I get judged for still feeding my almost four year old but I couldn't care less, my child, my decision.

"I don't breastfeed her as often as I did, sometimes we can go for days without her asking for it. Other times she wakes up in the morning and asks for it. I'll let her stop in her own time.

"Sometimes you do get people who say they think it's strange, or give you a funny look, there is a stigma attached, but there are so many benefits to it.

"I remember being on the beach feeding her when she was two and there were these ladies sunbathing topless, yet I was the one getting funny looks. I thought that was strange.

"It can bother me, but at the end of the day you have to think you are doing it for you and your child, I never let it get to me.

"I learnt a lot about breastfeeding and I know what benefits it gives. As long as I’m alright with it then I am not that fussed."

Ms Smith is the first person in her family to breastfeed a child. She didn't breastfeed her first daughter, Maisy, who was born in 2011 because she said there wasn't as much information available to her.

She almost stopped feeding Rosie when she was three months old because she rejected her right breast, and since has only fed from her left breast. Her right breast now no longer produces milk.

Ms Smith said whether mums choose to bottle feed or breastfeed is up to them, and said no mum should be shamed, judged or criticised for the choices they make.

She said: "A lot of mums mums do find it [breastfeeding] hard, everyone has have different circumstances, but I think sometimes they feel like the media makes them feel bad for not breastfeeding.

"However a mum feeds a baby she is making a good choice, I don’t want mums to feel bad if they have breastfed or if they haven’t, mums go through enough.

"A lot of mums don’t have the right support, I came from a family where no one had breastfed in my family, it was normal to bottle feed.

"Theres been so many points where I’ve wanted to stop, it can be a hard journey, I am glad we did carry on and that was thanks to the peer supporters."

Asked when she thinks her daughter might choose to stop breastfeeding, Ms Smith said: "I don’t know, its hard to tell, she will be four in Ausust.

"She goes to pre-school now, so another year or so maybe, I think she is realising that she's not a baby anymore."

The NHS recommends breastfeeding exclusively (feeding them breast milk only) for the first six months.

The World Health Organisation said: "Exclusive breastfeeding is recommended up to 6 months of age, with continued breastfeeding along with appropriate complementary foods up to two years of age or beyond."