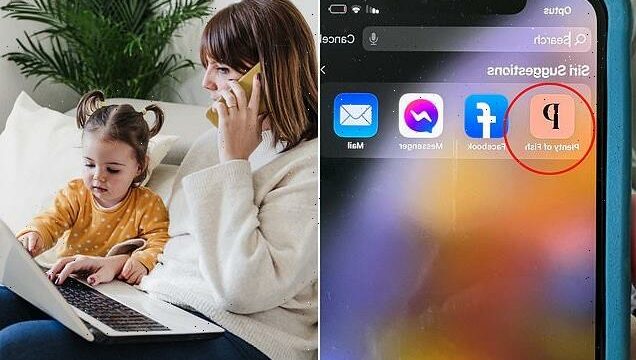 A mum-of-one has shared her horror after her two-year-old helped her to discover her fiancé was cheating on her, and now she is preparing to move out.

The anonymous Australian woman posted on Facebook looking for advice after her toddler son picked up her partner’s personal iPhone and swiped down to reveal the most recent apps he had visited.

At the top of the list was the dating app Plenty of Fish, alongside Facebook, Messenger and his emails. 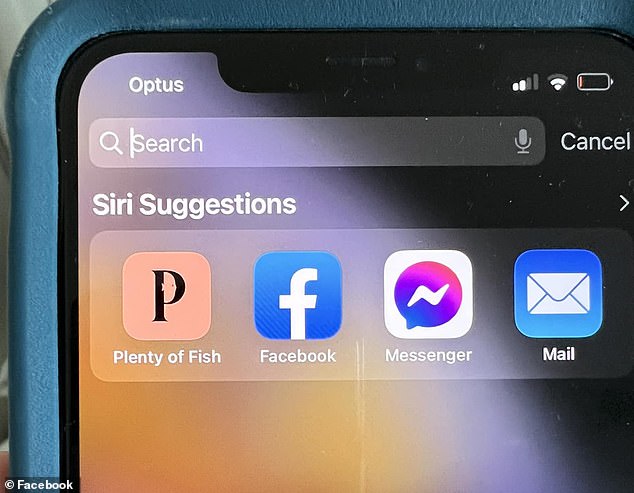 ‘My two-year-old son had my fiancé’s phone, it has a passcode, I’m not sure what it is, this is his personal phone he left at home, he takes his work phone to work with him which he has my fingerprint on it so I can use it if I need to.’

She continued: ‘This is what happens on the home screen when you swipe down. Means he’s got the Plenty of Fish app yeah?’ 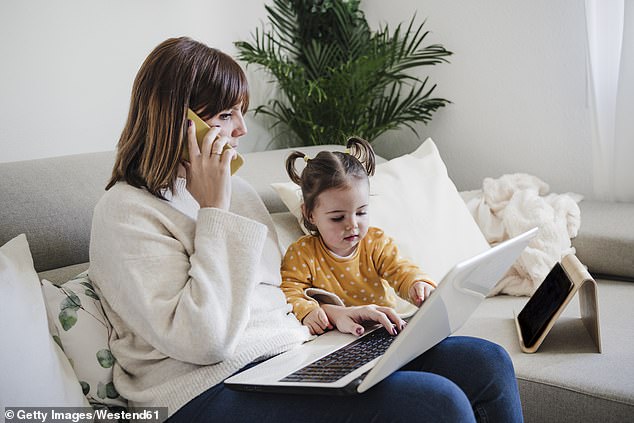 At the top of the list of most-recently-visited apps was the dating app Plenty of Fish, alongside Facebook, Messenger and his emails (stock image)

It wasn’t long before hundreds of others weighed in with their opinions:

‘Yes, those are the most recent apps used,’ one confirmed.

‘Yes. Even if he hasn’t spoken to chicks, he is still cheating,’ said another.

A third added: ‘Yep, and he’s actively using it too. I just checked my apps and that is the one I use the most’.

Some suggested the woman make a Plenty of Fish profile and see if she could search for her partner.

Others said they had caught their ex-partners cheating in this way.

Hours later, the woman posted: ‘Update. He has been cheating. I have left him and am preparing to move out’. 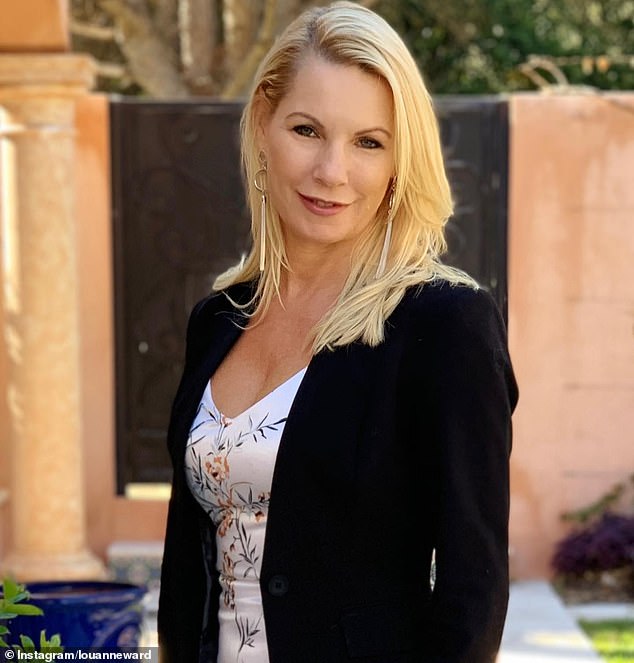 Previously, the Australian dating expert Louanne Ward (pictured) revealed the key signs that you are being cheated on – and the different types of cheater you might come across

Previously, the Australian dating expert Louanne Ward revealed the different types of cheater you might come across.

Louanne said most people feel for the accidental cheater as ‘they have convinced themselves and anyone else that knows that this is a very tough situation’.

They will be going through the ‘we didn’t set out to hurt anyone’ and the ‘I love my partner but I’m not sure if I am still in love with them lines’.

The second type of cheater is the once-off cheater.

‘This type of cheater is a once off cheater. They may just have a momentary lapse of judgement during an innocent break from the routine like a boy’s/girl’s trip, weekend away or business trip,’ Louanne said.

Signs of this cheater include them becoming standoffish and uncharacteristically uncommunicative or going out of their way to tell you how much they love you.

The third type of cheater is the serial cheater:

‘If a cheater gets away with cheating, the thrill of this can become exciting. Which is why, “once off cheaters” often become serial offenders. So, it’s very important to look for the telltale signs,’ Louanne said.

‘This type of cheater is a repeat offender and will continue to cheat again and again as they love the thrill of it.

‘Getting away with the crime gives them the power fix they desire as typically they have a narcissistic personality.’

Key signs of a cheater revealed

* Staying back at work more often

* Travelling or going out more

* Spending more time with the kids

* Looking more animated on the phone

* Increased and suspicious social media use

* Being manscaped or waxed to perfection

* New clothes or lingerie that you haven’t seen on