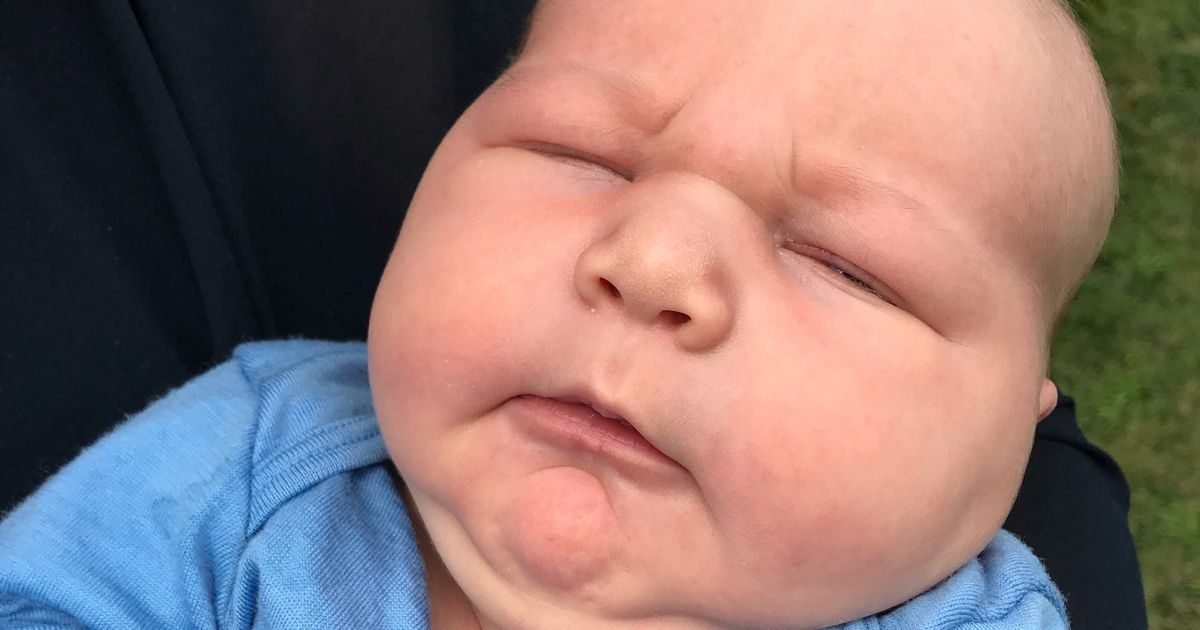 A woman many assumed was pregnant with twins gave birth to a "Hercules" baby twice the size of an average newborn.

As well as tipping the scales at just under twice the average 7lb 6oz newborn, the New Zealander came out weighing the same as an 11 week old baby.

"I don’t think that I’ll (deliver) another baby that size the normal way in my career… it’s pretty unreal.”

The midwife also expressed amazement that Tobias was born without a cesarean section.

Tobias's 33-year-old mum said she would have to go shopping after the birth as all the pre-bought baby clothes wouldn't fit the hefty tot.

One theory was that Nicolina had diabetes which can increase the chance of having a large baby.

However the new mum tested negative for the disease, leaving doctors stumped as to why Tobias is so big.

There were no signs Nicolina was carrying such a large baby, aside from "really sore" kicks that made her feel like her stomach was "soft".

Although she was two weeks overdue, that would typically only add a couple pounds onto a baby.

While Tobias's mum is 175cm, his dad is not particularly tall and his older brother Sage, 14, weighed a more typical 8lb 10oz at birth.

Annika continued: "I think the fact that we didn't know about his size was a blessing in a way because I think if we had have known … there would have been a lot of pressure from (obstetrics) to have a c-section.

"Also it puts that thought into women's head that, 'Oh my god he's so big. He's not going to fit' … It's mind over matter."

After being induced his shoulder became stuck in his mum's pelvis.

Nicolina told the New Zealand Herald : “He came out head first and once my midwife realised, she pressed the emergency button.

“Heaps of doctors came in and helped pull him out.

“Everybody was like, ‘wow, what a big baby’ and ‘how big is he’; everyone was really shocked.”

According to the Guiness Book of Records the heaviest baby ever born was Babe, who weighed 22lb and was born to Anna Bates in Ohio, USA in 1879.