A federal government election pledge to extend Melbourne's suburban train network into the Mornington Peninsula is heading off the rails after the estimated cost ballooned by as much as $1 billion.

A business case released this week showed the upgraded line linking Frankston to Baxter would cost between $1.3 billion and $1.5 billion compared to the initial cost estimate of between $500 million and $800 million that was touted by the federal government in the lead-up to last year’s election. 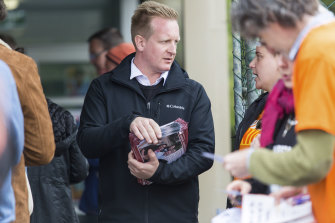 The new study was undertaken by the state government but funded and held by the federal government for over a year before its release.

It revealed construction would also involve the removal up to 10 hectares of native vegetation, force the acquisition of homes and bring an economic benefit of 47 cents for every $1 spent.

The proposed metro line, in an area where less than 3 per cent of Mornington Peninsula residents regularly use public transport, would extend the train line from Frankston to include new stops linking Monash University's Frankston campus, Langwarrin and Baxter. Baxter is currently a stop on the unreliable Stony Point line, which runs diesel trains.

The lack of action over the project has sparked allegations of misleading promises and a political wrangle in an area where there are marginal state and federal electorates.

Chris Crewther, the Liberal MP who lost the local seat of Dunkley at the election to Labor's Peta Murphy, said on the campaign trail in 2018 that construction would start by 2019.

Paul Edbrooke, state MP for Frankston, has criticised the Morrison government's "deception" and "mistruths" on the project.

Mr Edbrooke said while he supported the Baxter train line in principle, it was "extremely deceptive" for Mr Crewther and the federal government to distribute flyers saying they were "building metro rail" last year.

"The federal Liberal government has also outlined the next step as requesting another business case, 'to ready the project for delivery', confirmation that this project was never 'shovel ready' as was promoted by the Liberal candidate prior to the 2019 election," Mr Edbrooke said.

Mr Edbrooke said the Victorian government matching the $225 million commitment would not make a difference to building the train line in its current plan.

Health Minister and MP for Flinders Greg Hunt accused Mr Edbrooke' of a "desperate and feeble attempt to deflect" from the state government's reluctance to commit funds.

Mr Hunt, whose electorate of Flinders includes the Mornington Peninsula, said $30 million of the $225 million committed to the project is scheduled for delivery in this year's budget.

"[Mr Edbrooke's] comments remain a desperate and feeble attempt to deflect from the key issue that the Victorian government has not committed one cent to this project," Mr Hunt said. 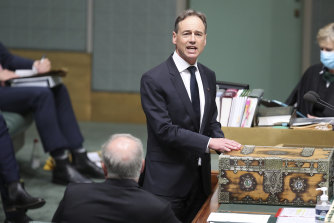 "They failed to invest in the [$3 million federally-funded] preliminary business case and they continue to fail to invest in this. Instead of senselessly attacking the only level of government to invest in the project, the member should work to ensure that Victorian government funds are made available for this project."

Ms Murphy criticised the federal government for failing to release the business case until this week, despite receiving it in October last year.

Ms Murphy said it took a recent meeting with Deputy Prime Minister Michael McCormack after a year of lobbying for the business case to be released this week.

"Why did the federal government sit on the business case for more than a year and do nothing?" Ms Murphy said.

"What is the government going to do to deliver on its promise to extend to Baxter? Where are they going to find the outstanding $1.275 billion?"

A spokeswoman for Victorian Transport Infrastructure Minister Jacinta Allan said the government was "delivering $3 billion worth in massive improvements to the Frankston line that pave the way for the extension of the line" and would "keep working closely" with the federal government on combined projects.