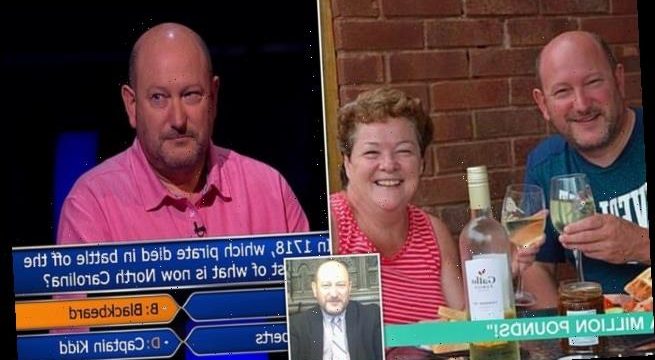 Who Wants To Be A Millionaire? jackpot winner, 57, reveals he went on a caravan holiday with wife the day after his seven-figure win – and will spend the money on a ‘comfortable retirement and buying CDs’

The first contestant to win the top prize Who Wants To Be A Millionaire? in 14 years says he’ll spend his winnings on a ‘comfortable retirement’ and ‘buying CDs’.

Donald Fear, 57, from Telford, was revealed as the sixth champion in the ITV programme’s 22-year history last week, and spent the day after his win in July at a holiday caravan with his wife Deb in Whitley Bay, Northumberland.

The father-of-four appeared on This Morning today, where he confessed that while he doesn’t know ‘how you spend that much’ money, his tastes are ‘fairly reasonable’ and he’ll focus on his retirement and the needs of his family. 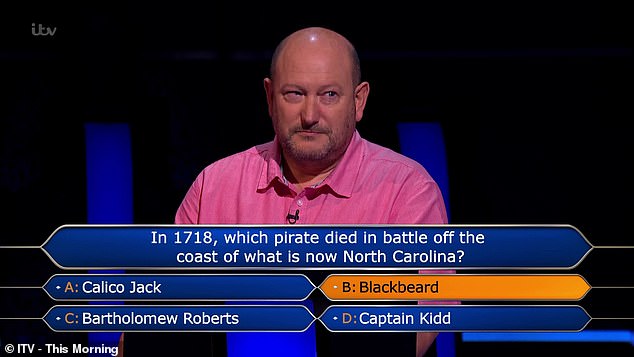 Donald Fear (pictured) , 57, from Telford, became the sixth champion in ITV quiz show Who Wants To Be A Millionaire? 22-year history last week 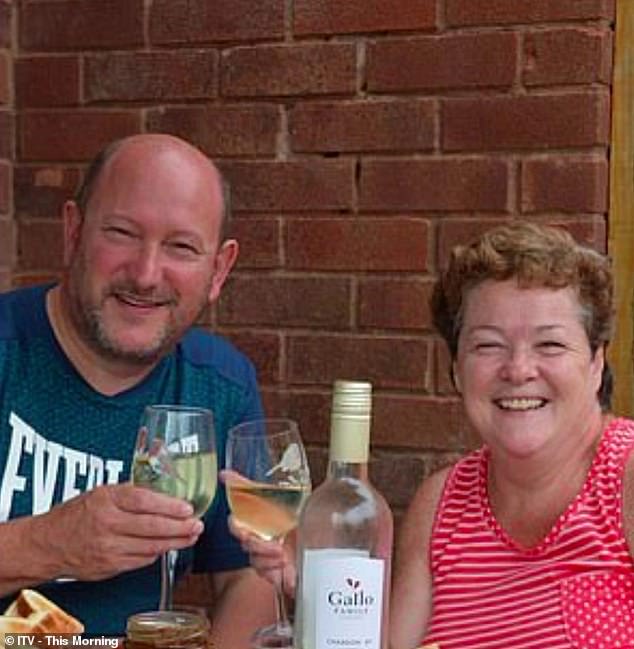 He spent the day after his win on a holiday caravan with his wife Deb (pictured right) in Whitley Bay, Northumberland

‘I don’t know how you spend that much,’ he said. ‘The first priority is just making sure I have a comfortable retirement and after that my tastes are fairly reasonable. I spend money on CDs, but you’d struggle to spend a million pounds on CDs.

‘I’ll make sure I have enough for myself and turn to family, see who needs what in the family.’

Speaking of the night of his spectacular win, he added: ‘We had all my family round and we were going away on holiday the next day.

‘We were supposed to be going away to Spain, but because of Covid had booked a last-minute caravan holiday in Whitley Bay and so actually spent the evening packing.’ 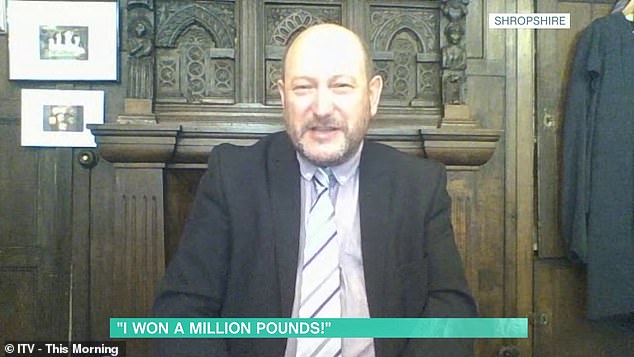 The father-of-four appeared on This Morning today, where he confessed that while he doesn’t know ‘how you spend that much’ money

While Donald managed to keep his win secret from some members of the family, he was unable to hide anything from his wife Deb.

‘I didn’t phone anyone from the studio itself,said Donald. ‘I was trying to keep it a secret, but so many decisions have to be taken with my wife, so I decided to tell her as soon as I arrived home.’

Donald is a history and politics teacher at Haberdashers’ Adams Grammar school in Newport, Shropshire and says his £5000,000 question was a ‘standard A-Level politics class question’.

‘The £5000,000 question was a case and point, that James Callaghan held all four of the great offices of state is a standard A-Level politics class question,’ he told.

However the teacher admitted he would have been less knowledgeable if we were given pop culture questions. 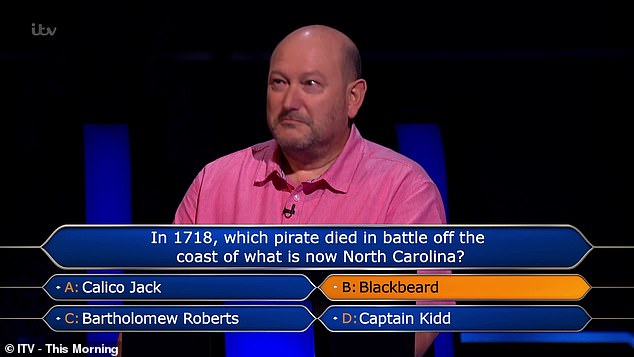 Donald was able to answer the £1million question – ‘In 1718, which pirate died in battle off the coast of what is now North Carolina?’ – before he’d seen it properly

Host Holly Willoughby then quizzed him: ‘What about The Kardashians?

‘The who?’ replied Donald.

Today he returned to work to find students and peers were thrilled about his win – however admitted he will be stepping back from his role at the end of the school term.

‘I’m just about to teach a sixth form class,’ he said. ‘I walked into school with clapping and cheering.’

His older brother Davyth had also been a contestant on the programme last year – but fell at the final hurdle, walking away with £500,000 on September 1. 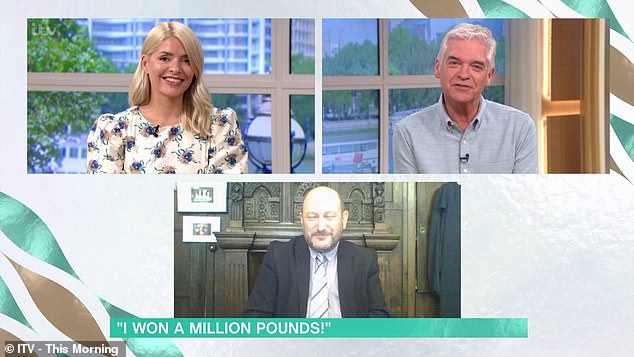 Host Holly Willoughby (pictured) then quizzed him on his popular culture knowledge asking how much he knew about the Kardashians, to which he replied: ‘the who?’ 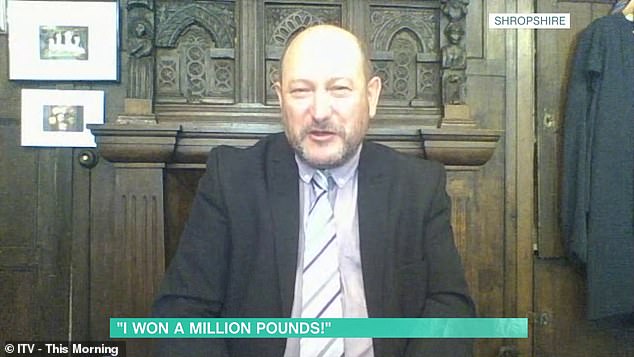 Donald is a history and politics teacher at Haberdashers’ Adams Grammar school in Newport, Shropshire and today returned to work

‘He was absolutely made up, said Donald, ‘He was so pleased.’

Speaking of their childhood, he went on: ‘We didn’t have a telly, we didn’t have a car and quizzes have been a staple of my life from as young as I can remember.

‘We were all very close in age, and a very close and loving family and games and quizzes have always been part of our existence really, I can’t imagine a time it wasn’t.’

Donald was able to answer the £1million question – ‘In 1718, which pirate died in battle off the coast of what is now North Carolina?’ – before he’d seen it properly, because he’d taught piracy one year as a special unit and was very good with dates.

He said: ‘The first thing I spotted as the question flashed up on my screen is the date, and I knew it would be Blackbeard and I had Blackbeard in my head before I read the question, and then it was Blackbeard.’