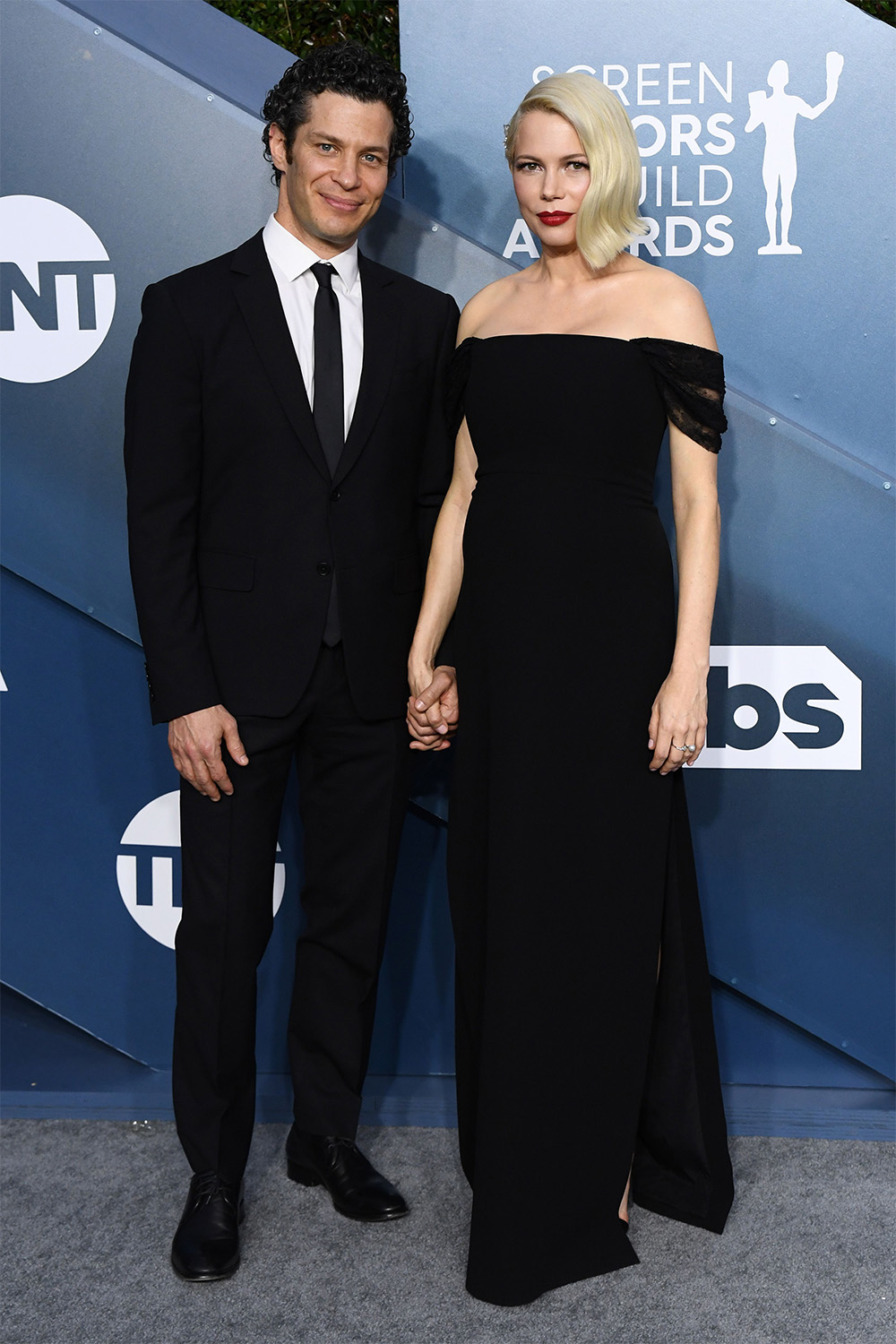 Michelle Williams and Thomas Kail have welcomed their second child together, her third.

According to photos obtained by the Daily Mail, the actress stepped out with her newborn on Saturday, October 29, in New York City. She was joined by Kail and their 2-year-old son, Hart.

The Dawson’s Creek alum, 42, revealed she was pregnant again in May during a Variety interview.

“It’s totally joyous,” Williams told the outlet for its cover story at the time. “As the years go on, you sort of wonder what they might hold for you or not hold for you. It’s exciting to discover that something you want again and again, is available one more time. That good fortune is not lost on me or my family.”

The couple met while they were working together on FX’s Fosse/Verdon in late 2018. The Greatest Showman actress married musician Phil Elverum in a secret ceremony in July 2018. However, less than a year later in April 2019, the couple called it quits. Kail, for his part, was married to Broadway actress Angela Christian from 2006 to 2019.

In December 2019, Us confirmed that the Emmy-winning actress was engaged to Kail and expecting their first child together.

Shortly after the couple made their red carpet debut at the 2020 Golden Globes, Us confirmed that the Blue Valentine star and Hamilton director tied the knot in a secret ceremony in March 2020.

Celebrity Couples Who Got Married in Secret

The pair welcomed their first child, son Hart, in June 2020 during the midst of the coronavirus pandemic.

The Montana native is also mom of daughter Matilda, 17, with whom she welcomed with then-partner Heath Ledger in October 2005.

The 10 Things I Hate About You actor and Williams started dating in 2004 and broke up two years after the birth of Matilda. The award-winning actor died from an accidental drug overdose in 2004 at age 28.

“I never gave up on love,” the actress told Vanity Fair in 2018. “I always say to Matilda, ‘Your dad loved me before anybody thought I was talented, or pretty, or had nice clothes.’”

Williams has spoken a lot on how much she looks up to Matilda’s strength.

Celebrity Moms Share Their Secrets to Balancing Work With Parenthood

“I consider myself a mother first and an actress second and so the person I most want to thank is my daughter, my little girl, whose bravery and exuberance is the example that I take with me in my work and in my life,” the Brokeback Mountain star shared when receiving her 2012 Golden Globe for Best Actress in a Musical or Comedy Motion Picture for her role in My Week With Marilyn.