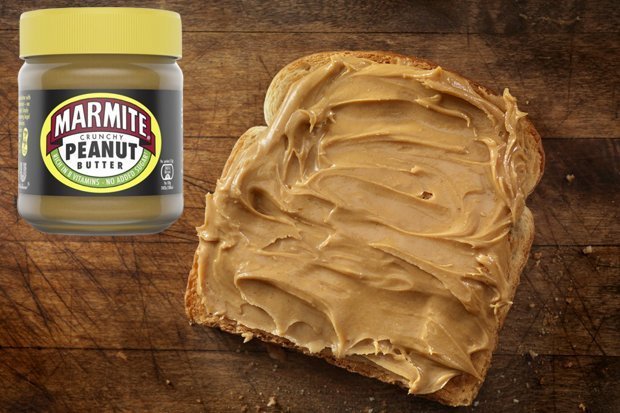 Marmite has caused a stir by releasing a new product.

If its original recipe wasn’t polarising enough, it has now launched its own peanut butter.

Since the toast topper launched in March, its divided opinion.

While some have branded it “evil” and “crazy”, others gushed it tastes “amazing”.

So would you try it?

Marmite Peanut Butter is a blend of yeast extract and crunchy nuts.

Apparently, this combination creates a spread that has “a bold and unique flavour”.

The product description reads: “Whether you love or hate Marmite, you certainly need to give this a try!

“New Marmite Peanut Butter Crunchy is perfect on toast, crumpets and bagels for the ultimate convenient and tasty breakfast solution for you and the family to enjoy.”

You can pick up 225g pots at a number of different supermarkets, including Sainsbury’s and Asda.

When pictures of the spread emerged on the Extreme Couponing and Bargains UK group on Facebook, they proved very divisive.

Some loved the idea, with one responder describing the recipe as “heaven”.

Another responder remarked: “Marmite and peanut butter on toast. The most amazing thing.”

A third added: “Must try it as I like both.”

Other shoppers were less enamoured with the spread.

A second said: “I love Marmite and love peanut butter but this is just gross.”

Another joked: “Ewww. The two evils in one jar.

“What crazy mind thought this up?”