An alligator attacked a bicyclist who had lost control and fell into a stream at a Florida park Monday, officials said. The man was seriously injured but managed to escape with the help of bystanders.

The attack occurred at Halpatiokee Regional Park in Stuart, the Martin County Sheriff’s Office said. Halpatiokee is a Seminole Indian word meaning “alligator water,” according to the county’s website.

The man, later identified as Robert Bassett of Palm City, was riding a bike when he lost control and fell down an embankment toward the water, officials said. The 9-foot female alligator grabbed the man, but he was eventually able to break free with the help of bystanders. 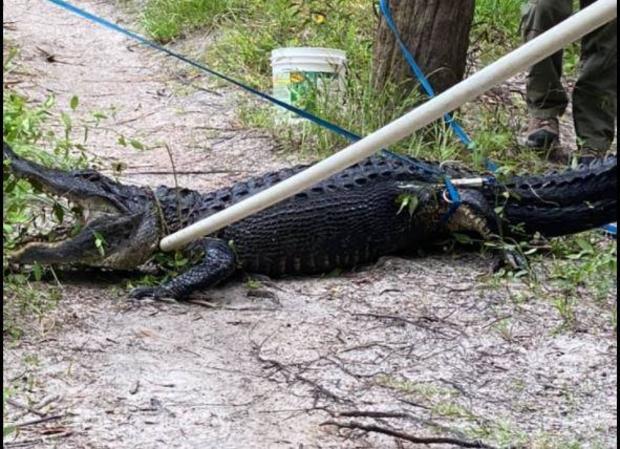 CBS affiliate WPEC-TV reports Charles Shannon was walking the trail with his dog when he stumbled upon Bassett fighting for his life. 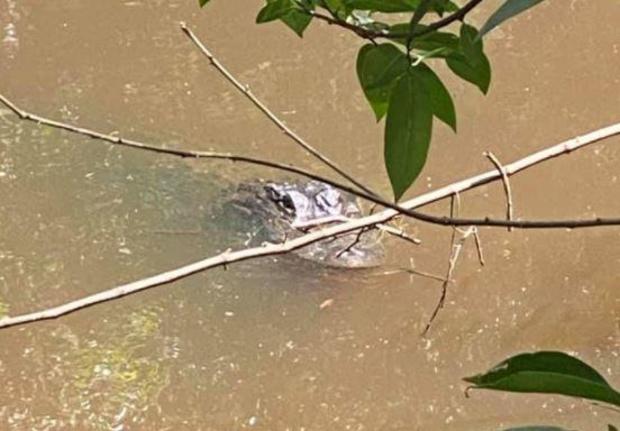 Shannon said he grabbed his dog leash and tied it around the victim’s leg to help stop the bleeding.

“There was another lady there, a nurse from Germany, she was extremely helpful,” Shannon said.

Scott Lorraine, with Airborne Mountain Bike Club of the Treasure Coast, told WPEC-TV he arrived moments after the attack and immediately recognized Bassett.

“He said ‘I’m dead,’ because the thing had him, grabbed him right by the leg. You can see how big the gator is,” Lorraine said.

Rescue workers secured the area and drove the man more than a mile to meet a medical helicopter, the sheriff’s office said.

<blockquote class=”twitter-tweet”><p lang=”en” dir=”ltr”>Man seriously injured after being bit by an alligator at Halpatiokee Park in Stuart. Victim fell off of his bike and said he was attacked. First responders on are the scene now. <a href=”https://t.co/41d07hpZIT”>pic.twitter.com/41d07hpZIT</a></p>&mdash; MartinCountySheriff (@MartinFLSheriff) <a href=”https://twitter.com/MartinFLSheriff/status/1417153785126866949?ref_src=twsrc%5Etfw”>July 19, 2021</a></blockquote> <script async src=”https://platform.twitter.com/widgets.js” charset=”utf-8″></script>

A professional trapper was called to capture the alligator.