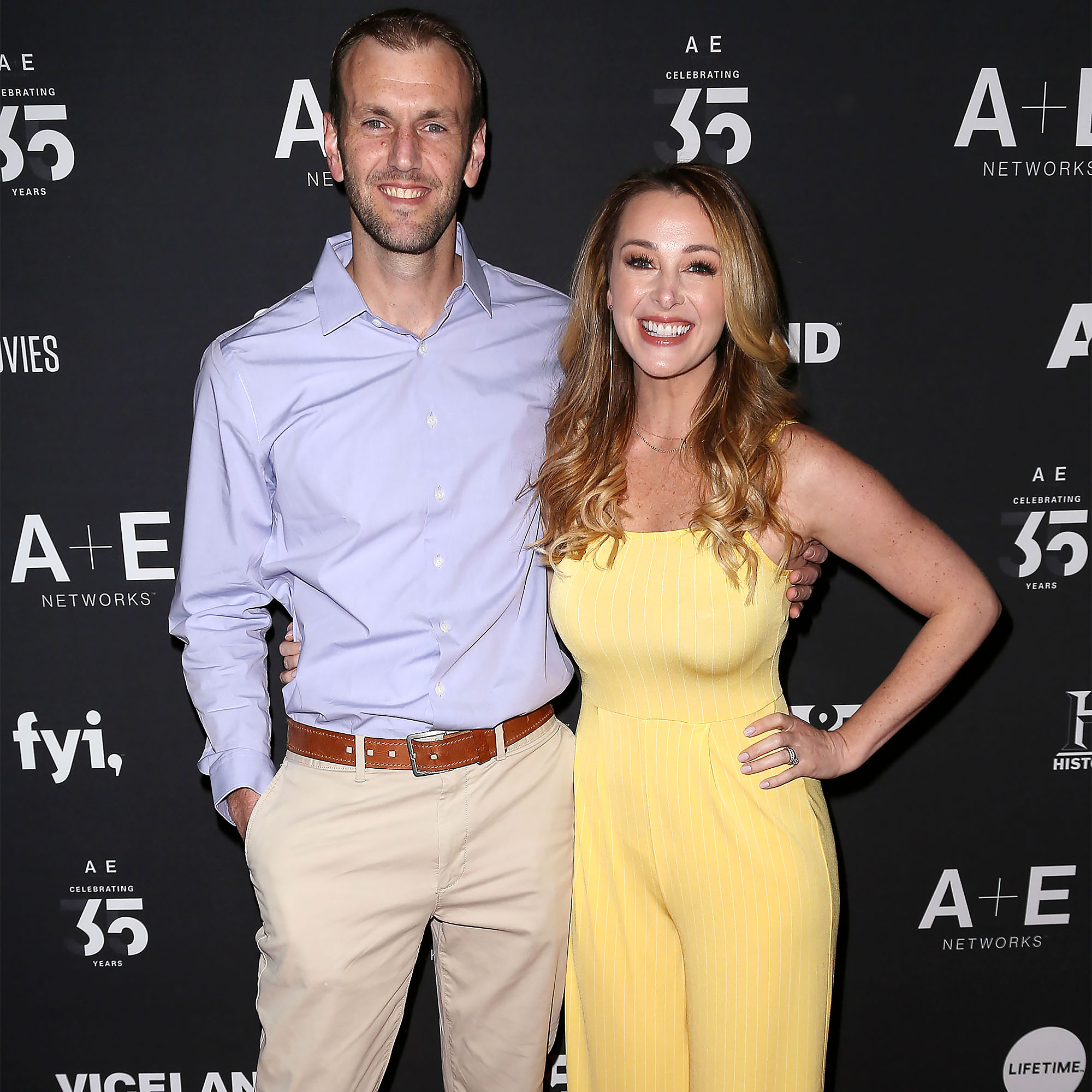 They’re doing the work. Jamie Otis thanked husband Doug Hehner, whom she met on Married at First Sight, after opening up about their marital struggles.

All the ‘Married at First Sight’ Couples Still Together Today

Saving their marriage starts with getting silly. Otis, 35, shared a video via Instagram on Wednesday, August 18, that showed her and Hehner, 37, attempting to do an intertwined tumbling exercise together.

“Working on saving our marriage one #coupleschallenge at a time.😅…this wasn’t our first attempt but it was our best🤪😂⁣,” Otis captioned the pic.

She then quickly changed her tone as she opened up about her dark past. Married at First Sight fans know that Otis had a traumatic upbringing. She grew up without knowing her father’s identity, witnessed her mother’s abusive relationships and, eventually, took custody of all her younger siblings.
⁣
“Growing up I never witnessed anyone who had a *healthy* long-term relationship,” she shared in Wednesday’s caption. “My mom thought my step dad (and her other boyfriends after) loved her, but love doesn’t come in the form of manipulation, jealousy, & physical abuse.⁣”

Her past caused her to build emotional walls that she’s working to tear down. “When I began dating I told myself I’d never let a man do the things to me that my mom let men do to her…and I was super serious about it,” she explained. “Any little sign of controlling behavior or quick anger or impatience was a huge red flag to me. 🚩”

The Married at First Sight: Unfiltered host managed not to fall in love with abusive men, but there were some downsides to being so suspicious. “Those standards and fears also sucked the spontaneity & joy out of me.🙈,” she shared.

The Wifey 101 author was “constantly living on edge” and questioned every motivation, something evident during her time on the Lifetime series in 2014.

“@doughehner, thank you for being patient with me while I struggle trying to dismantle these thought patterns I’ve etched into my own brain trying to protect myself.🙏,” Otis added on Wednesday. “I feel so lucky to be with someone who is committed, dedicated and shows me it’s ok to laugh and be silly. Life doesn’t have to be so serious. Mostly, thank you for allowing me to feel *SAFE* to let my guard down and *TRUST* that when I do I won’t be hurt. I love you, Douglas.❤️”

The mother of two noted, “It feels soooo good to laugh a little.”

Earlier this month, Otis shared a photo of her and Hehner in tears after a marriage counseling session, but assured fans that they’re “not giving up on each other — not now, not ever.”

The photo was snapped after an intense therapy session. “It started w anger, yelling, blaming..but ended w us holding each other & trying to figure out our next steps TOGETHER🙏😭…gosh, a good therapist is everything!” the Bachelor alum said.

“By the end of our Therapy sesh I apologized to Doug for putting so much pressure on him & he apologized to me for the same exact thing🤪,” she revealed on Sunday, August 15. “We’re about as co-dependent as they get🤦🏼‍♀‍🤣.”