Julia Fox cozies up to Kanye West while hanging with Madonna, Antonio Brown

Madonna treats fans to a quarantine fashion show on Instagram

At least her ego isn’t bruised.

Madonna showed off a massive black and blue mark on her thigh while posing for a series of sexy pics shared to Instagram on Wednesday.

The pics reveal a giant bruise spanning the entire side of Madonna’s upper thigh. The “Material Girl” songstress highlighted the injury even more by rolling down her thigh-high stockings so fans could get a better look.

Several of Madonna’s 17 million followers voiced their concern for the Queen of Pop, taking to the comments section of her post to ask her if she was OK.

“health to your leg. ❤️,” another commented. 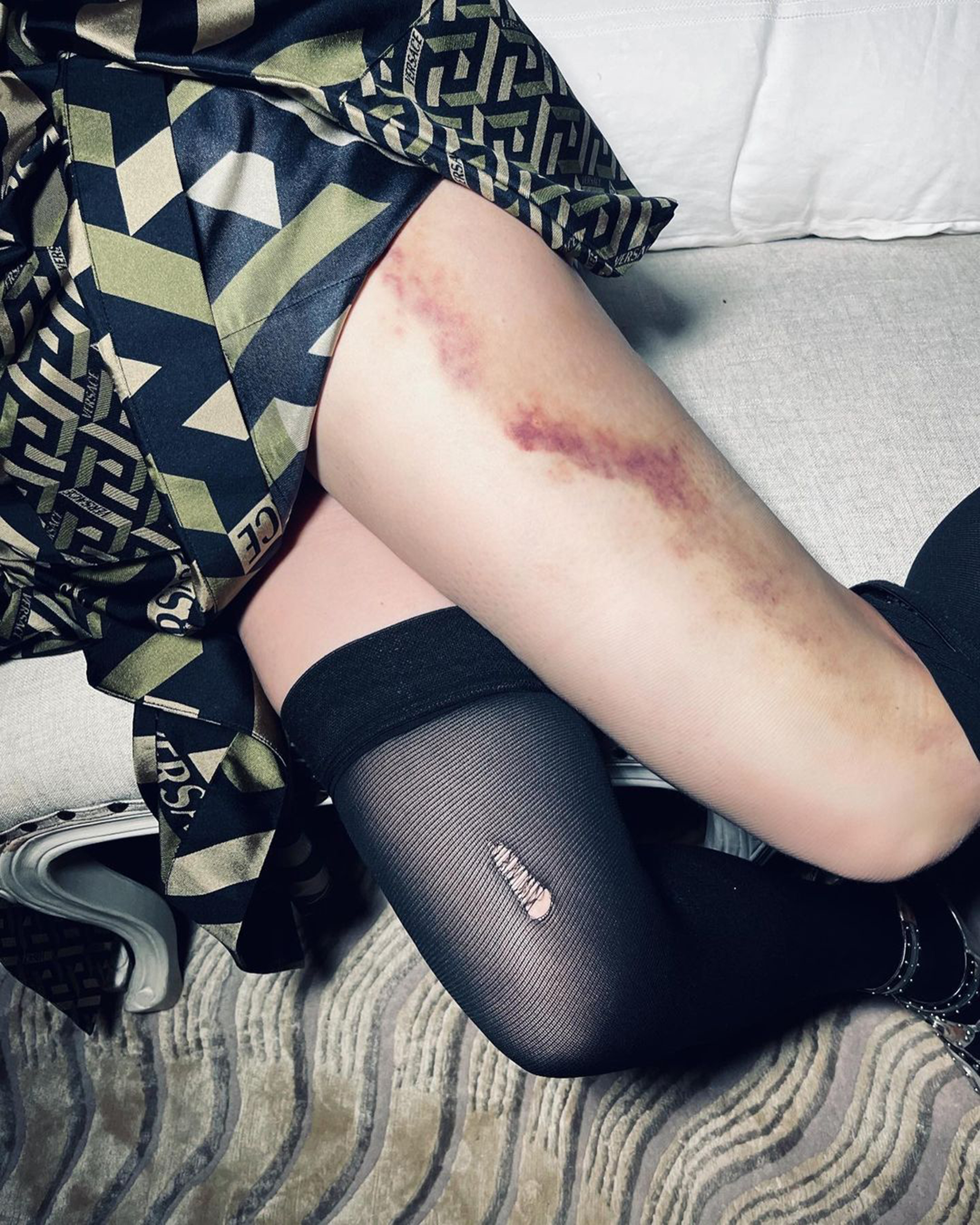 Others speculated that Madonna could have gotten the bruise from an intense workout.

”Are you okay? Who is going hard on you at the gym? I know you are doing some crazy routines! I love you ! Energyyyyyy @madonna,” one fan wrote, with another adding, “We are all beaten by life but the important thing is to get up and you know how to do this very well!😍.” 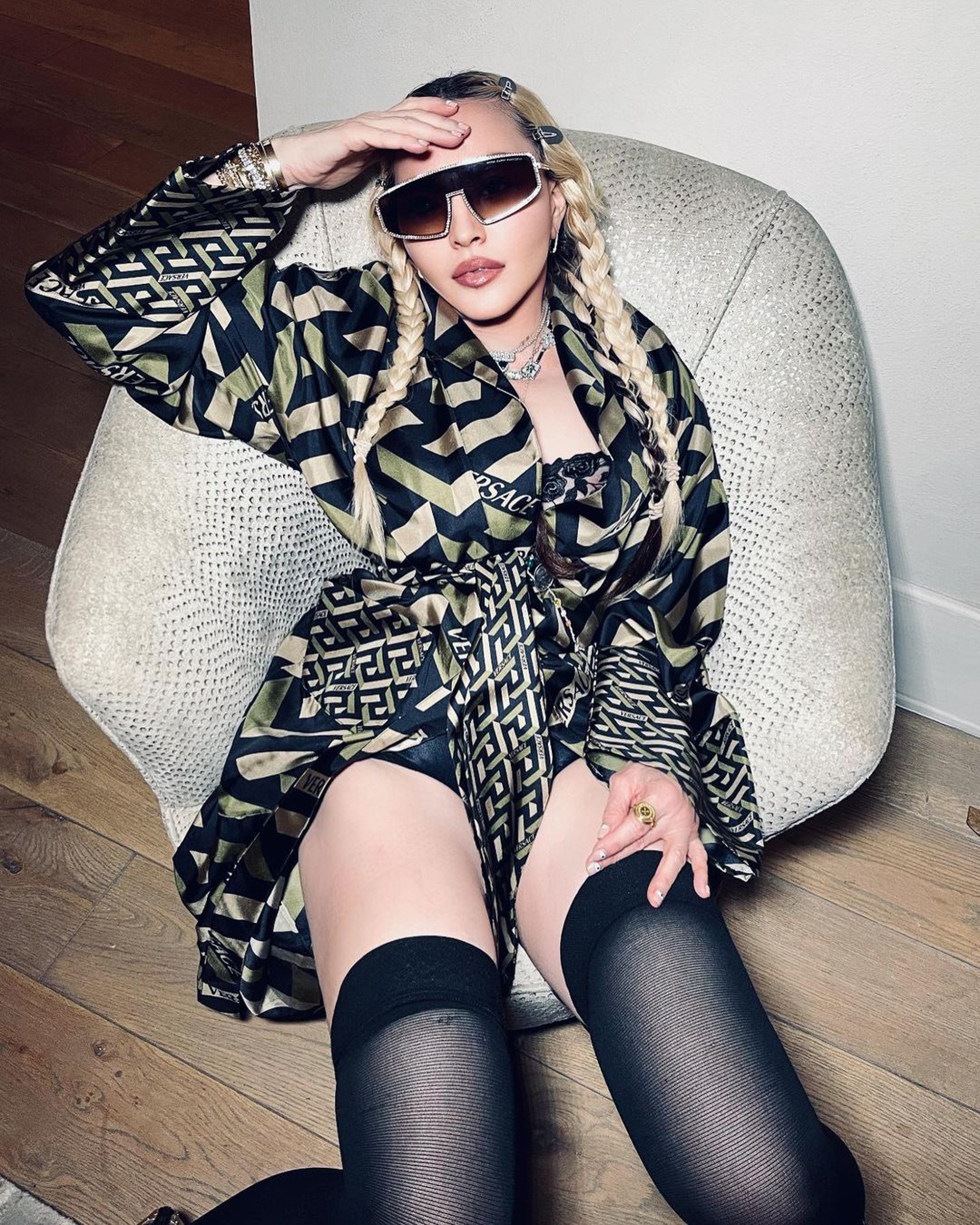 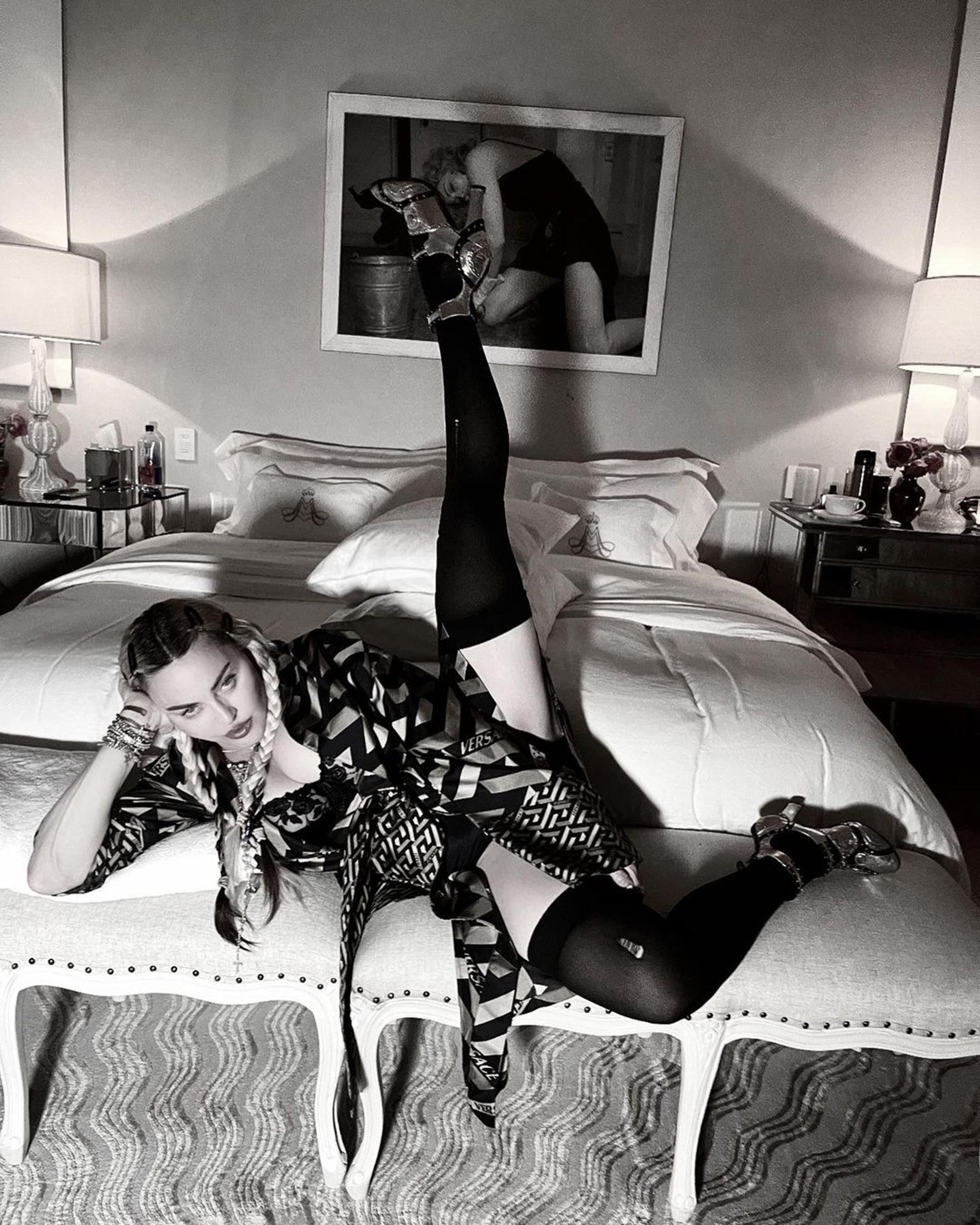 Madonna did not reveal what caused the giant bruise.

Her rep did not immediately respond to Page Six’s request for comment. 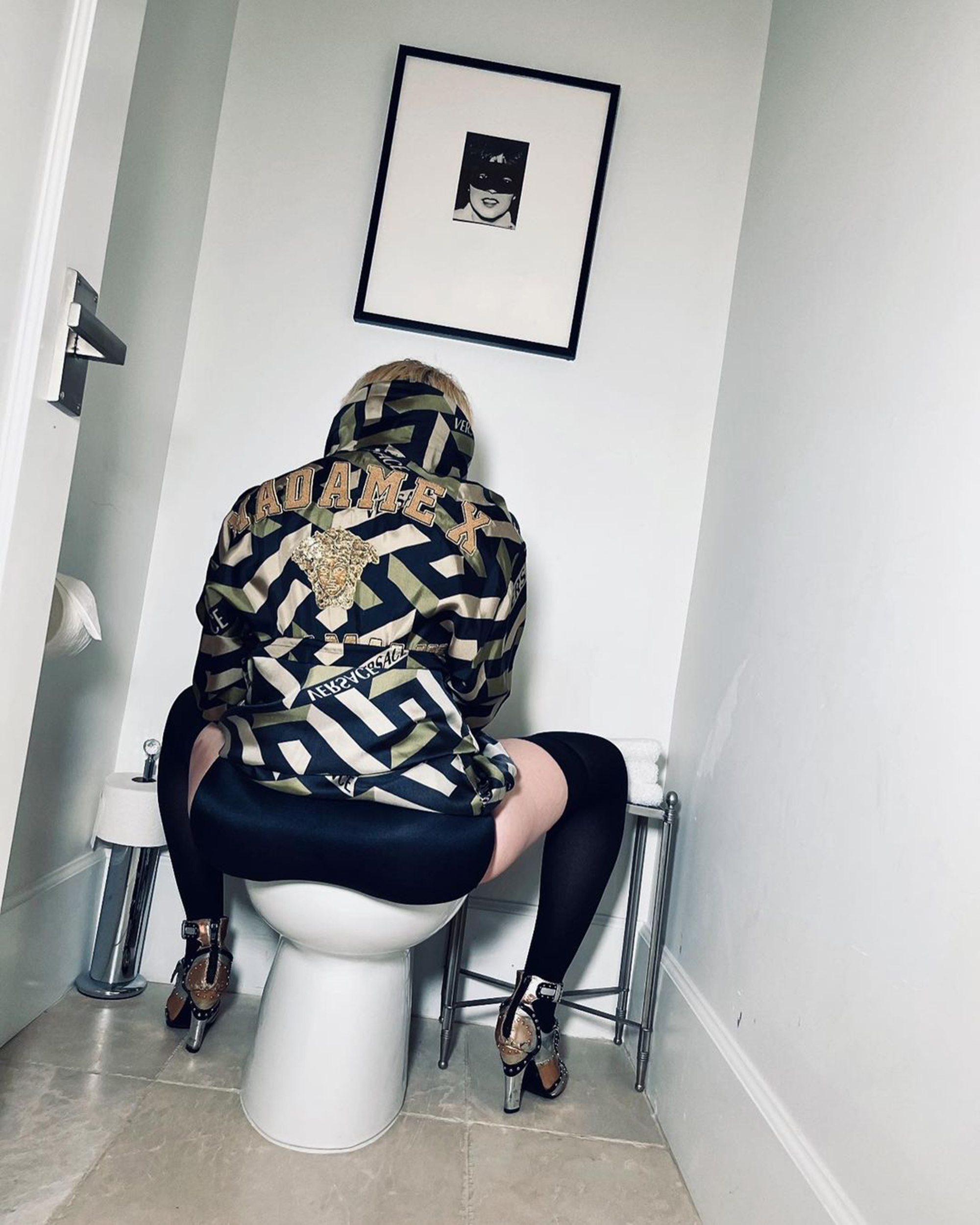 The “Vogue” singer posted other risqué photos for the shoot, including one where she sat on a bidet while rocking a Versace jacket.

In another photo, she spread her legs to show off her black underwear under her dress, and she also shared an image of her lacy bra where her chest was draped in jewelry.

Madonna has recently been posing in several sexy photoshoots, including one where she showed off her nipple and another where she flashed her bum.