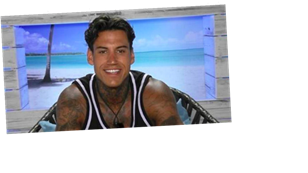 Terry Walsh has become a dad for the first time after welcoming a baby girl with fiancée Danielle Purdy.

The 32 year old Love Island 2016 star, who famously caused controversy after having sex with Emma-Jane Woodhams while the other contestants were in the room, has seemingly grown up a lot in his social media absence and is now a father.

One snap shows new dad Terry kissing his little girl on the forehead while another shows new mum Danielle looking emotional as she holds her baby girl after giving birth in hospital.

Danielle then announced in the caption: “Our precious baby girl finally arrived 12 days late on 09.03.21.

“She kept us waiting and on our toes in her emergency arrival but is everything we dreamed she would be and more.

“Words cannot describe the love and happiness. We are on cloud 9 and cannot wait to spend the rest of our lives watching our baby grow.

“Thank you to our family and friends for all of the messages, cards and gifts we are overwhelmed with all of the love.”

But what happened to get him to this point, and where has the star been since he left the Majorcan villa in 2016?

After their fast-paced relationship on the ITV2 hit – and Malin Andersson's heart being broken in the process – the couple remained together after the series ended.

Emma and Terry often posed for loved-up Instagram snaps together and attended red carpet events. In hindsight, both admitted that having sex on top of the covers in the house was their biggest regret.

However the romance didn't last long as they broke up amicably in February 2017. At the time, Terry tweeted: "For people asking or who is concerns me and Em have broken up. We’re still friends. One chapter closes another much open." [sic]

What else has Terry been up to since Love Island?

Emma's ex-boyfriend kept up his fitness regime since leaving the show – but he then took himself completely off social media, and has no active Instagram or Twitter account.

Before he went quiet, he often showed off his lean build on social media.

Terry admitted he teamed up with Your Body Guru nutrition and training program to achieve his killer body, and took a classic route of advertising products such as teeth whitening tooth paste on his Instagram pages.

Since finishing the show in the summer of 2016, Terry appeared to stay in contact with his Love Island pals.

In fact, he even helped Olivia Buckland and Alex Bowen move into their home in October 2016.

He also posted a congratulations picture of the couple after their announced engagement.

As well as pals Scott Thomas and Kady McDermott, Terry also kept in touch with winners Nathan Massey and Cara De La Hoyde, who got married in 2018.

In fact, Terry took to Instagram to post a cheeky snap of himself sharing a snog with pal Nathan.

How long have Terry and Danielle been together?

Danielle Purdy describes herself on her Instagram as a "bio energy healing therapist for people and equine".

She then goes on to explain that this is a "highly effective holistic technique for physical and emotional illness."

Describing the first date, the brunette beauty wrote on their anniversary last year: "2 years today was our official first date, we were all dressed up and ended up not leaving the house just chatted for hours and hours instead lol. I knew then best 2 years ever!"

The happy couple announced the were having a little girl during a 'Gender Reveal' party in September.

In front of a packed room of their family and friends they counted down from five and then popped a balloon. Out of it came pink confetti, confirming the news.