Warning: Spoilers ahead! Do not proceed unless you’ve watched all episodes from Season 3 of “Love Is Blind.”

The long awaited fate of the contestants who participated in Netflix’s third installment of “Love Is Blind” is finally here.

Page Six exclusively spoke with the cast to get all the tea on where things stand with the people they formed relationships with in the pods – and got engaged to sight unseen – post-wedding day.

We’re breaking down everything we know about where the couples and singles are now. 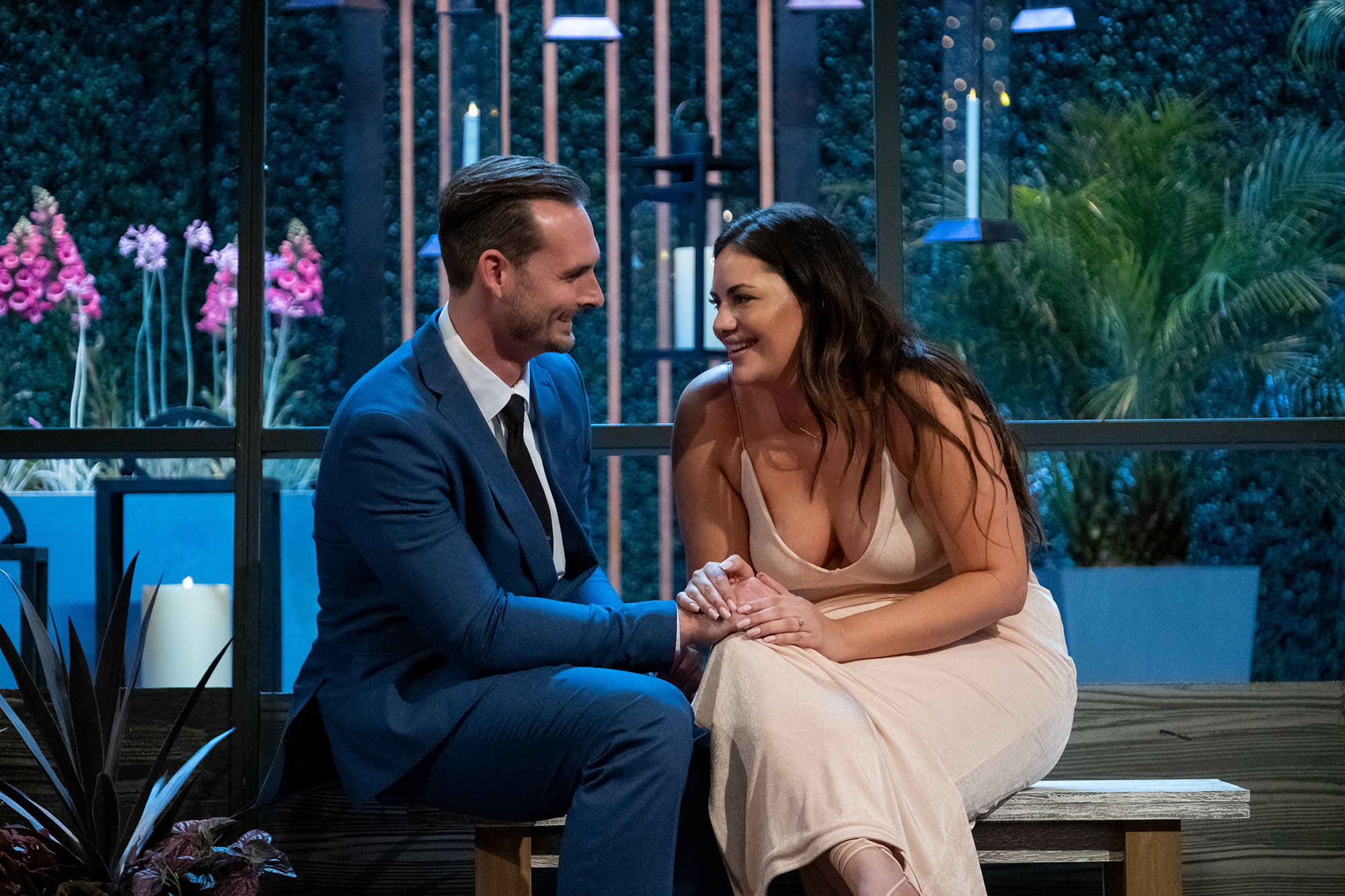 These two were couple goals from day one and ultimately said “I do” on June 30, 2021. We’re happy to report they’re still married today – and the bond they formed in the pods has only gotten stronger.

“It’s amazing. It’s spicy, I like it,” Alfia said, of how married life has been so far. “He’s just my person. He’s the greatest human being in the world. And to be able to be married to him is really just a blessing. I’m very, very blessed to have him.”

Alfia admitted that having so much confidence in her relationship with Lemieux early on took them both by surprise, but they’re happy they went through with the experiment.

“I think we were two of the most skeptical people going into this. So finding it, we just really held onto it,” she explained. 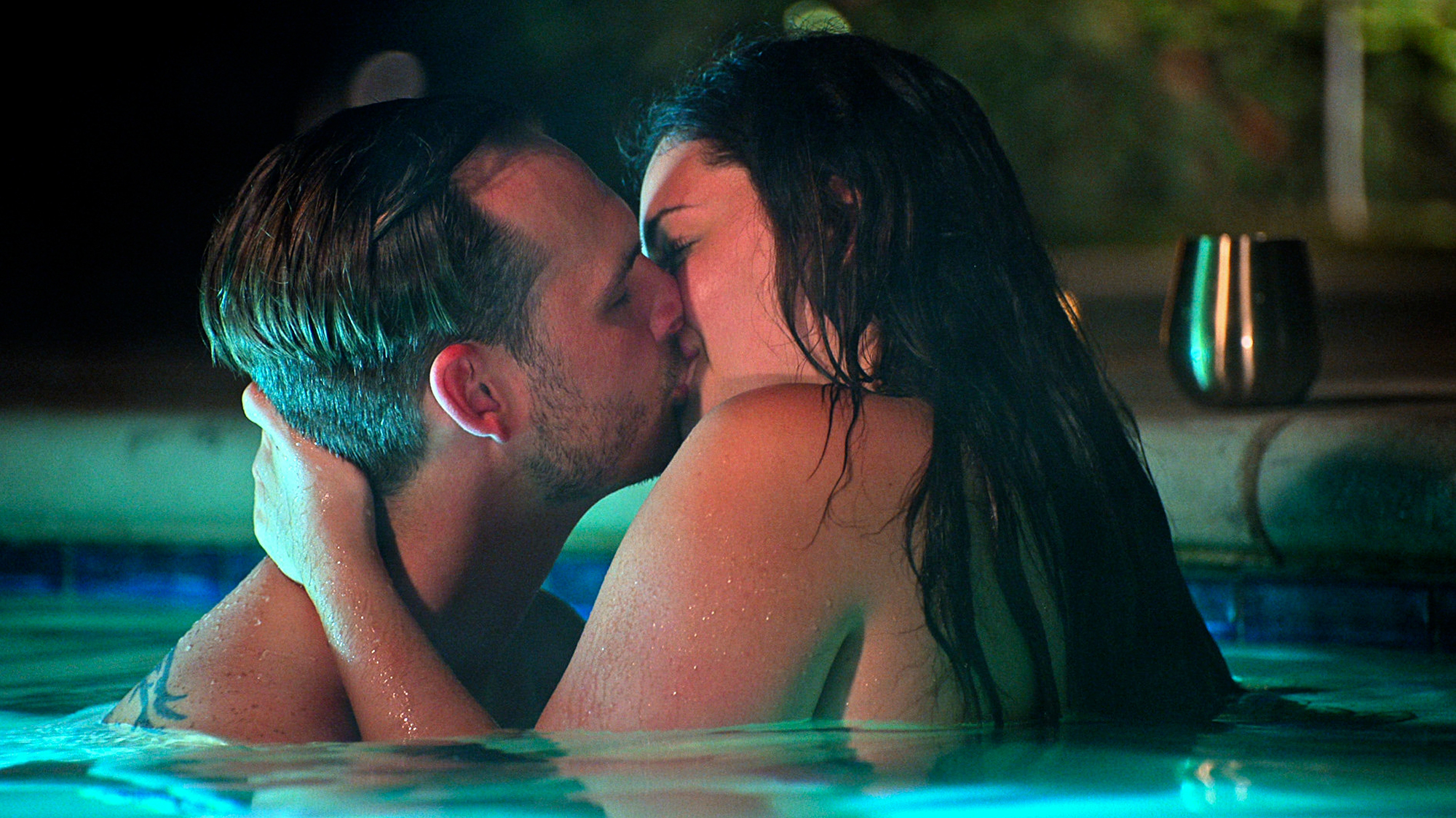 “Every single day was just more and more [proof] that we were the exact same person … together it just really, really works. We just really complete each other.”

As for the hardest challenge they’ve had to face in the real world? Navigating the holidays, according to Lemieux, who resides in Texas with Alfia.

“My family lives so far away, so it’s like, ‘How long do we spend in this person’s house? When do we leave, and when are the Cowboys playing?’” he joked. “So, yeah, it’s just navigating normal life together, but I wouldn’t do it with anybody else.” 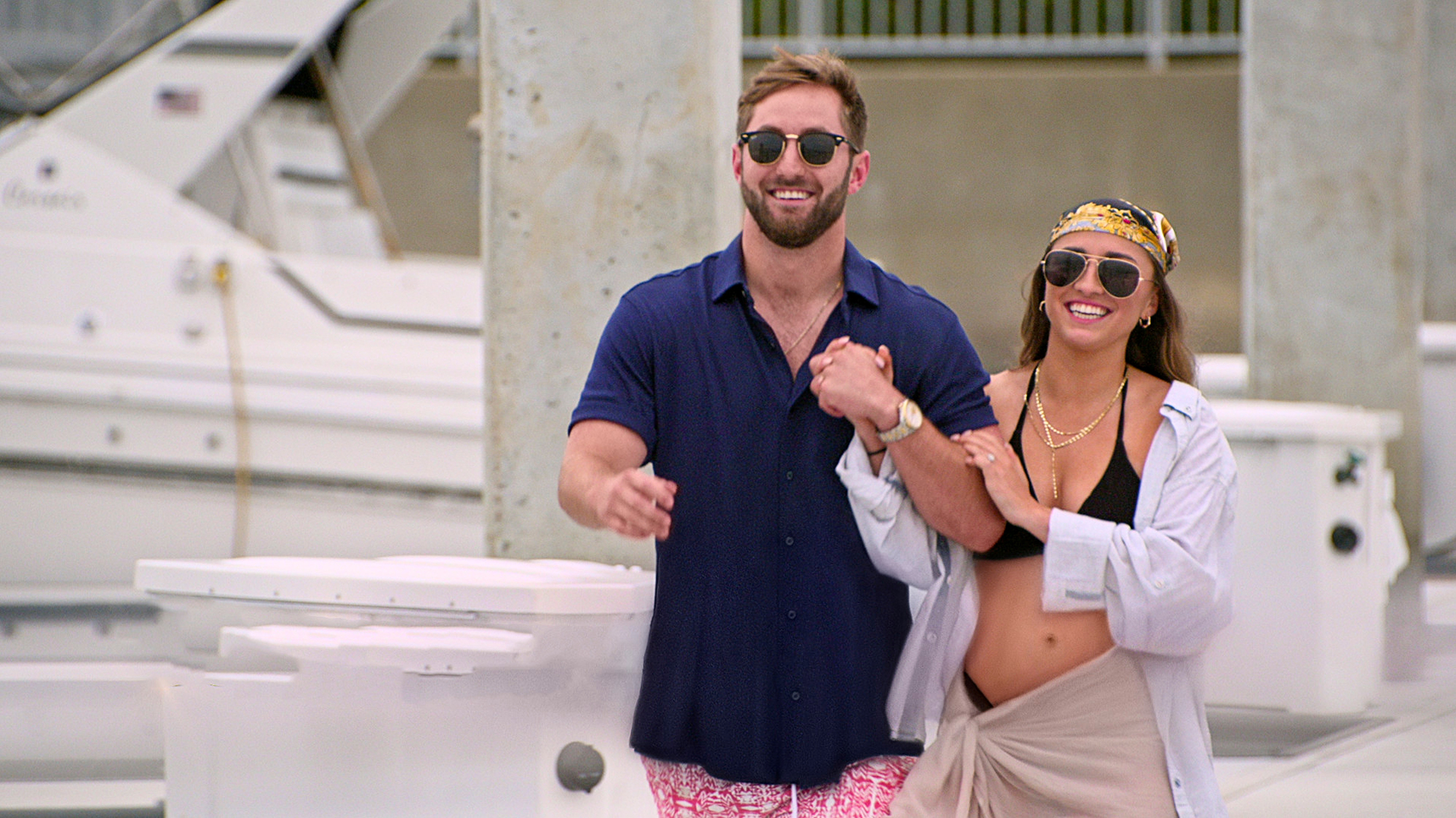 After committing to each other at the “Love Is Blind” altar on July 2, 2021, these two are still going strong and continue to be “each other’s best friends,” according to Reed.

“Married life is great right now,” the ballet dancer gushed, before noting that she and Bolton have definitely had their challenges.

“Marriage is very hard; you constantly have to work at it. I’m glad that ‘Love Is Blind’ kind of let us build that strong communication because now it’s better than ever and we’re blissfully happy and in love.”

As fans witnessed during the finale, Reed was hesitant about saying “I do” to Bolton in the moments leading up to their nuptials – due to their many ups and downs and skepticism over whether they were ready for the next step. 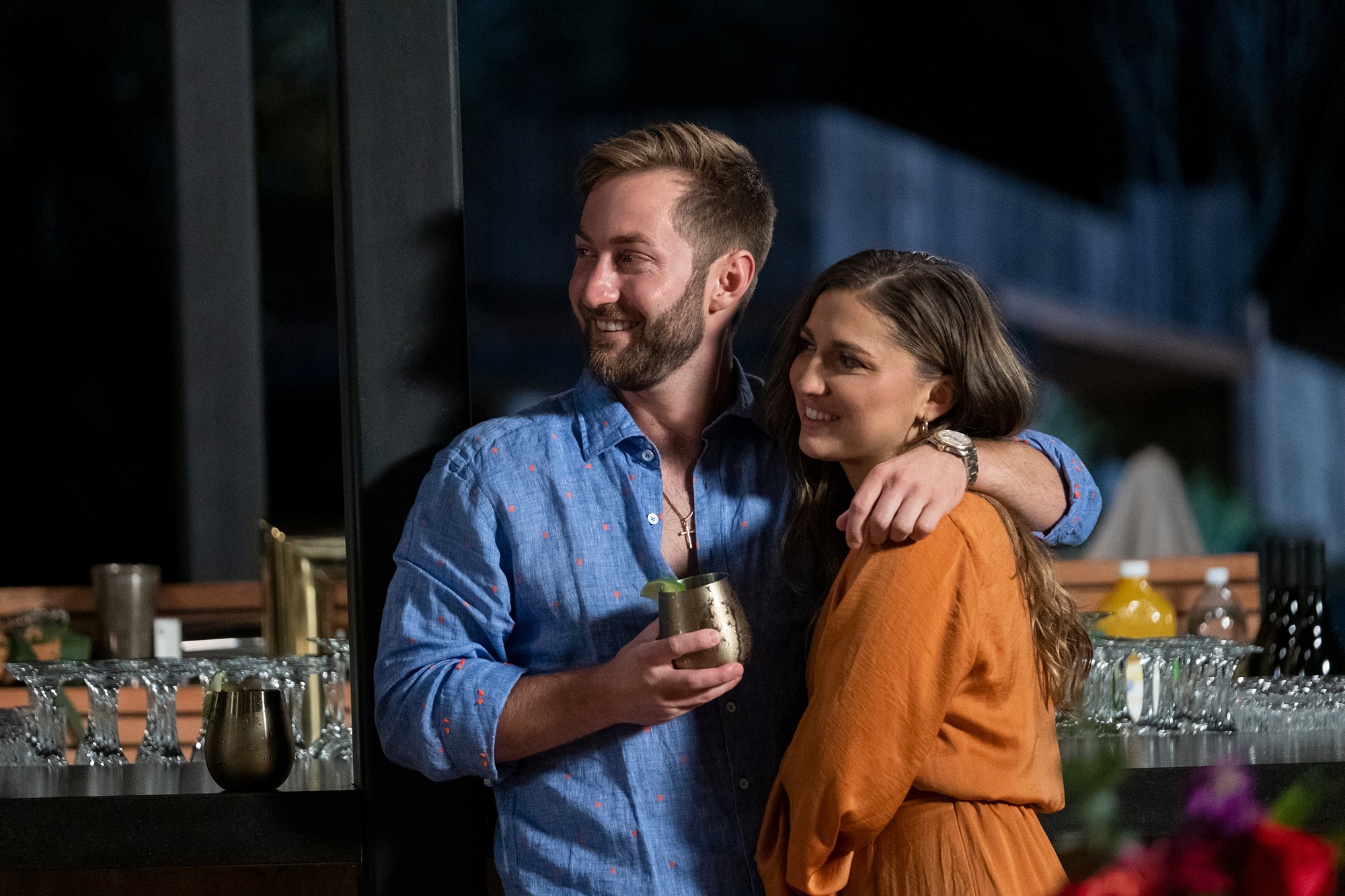 “I knew that I love him and I don’t want my life without him, so I just kept going with how I was feeling,” she recalled. “So the day of, I was just still toying with that question, but I wanted to go with my gut. As soon as I saw him crying, walking down the aisle, like, there was no hesitation. As soon as we locked eyes, when I saw him, it was an overwhelming feeling that I knew that that was my person.”

For his part, Bolton said that “the toughest thing to navigate” in the real world with Reed has been adapting to each other’s lifestyles.

“You do certain things on the weekends when you’re single that you want to do in a relationship,” he explained. “So you got to stop – like, for me, it was playing golf. I barely play golf anymore now. So it’s just merging stuff like that.” 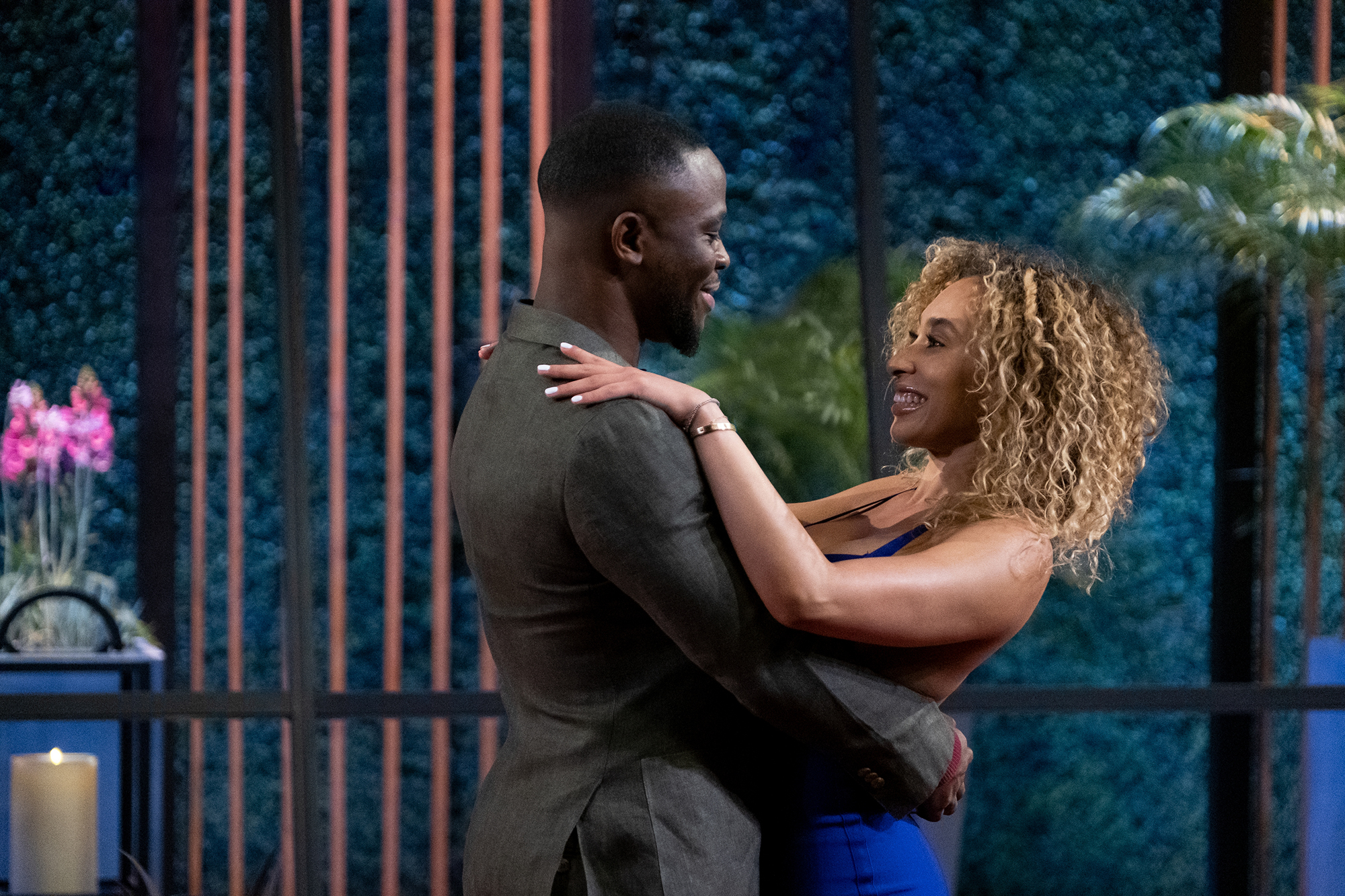 While this fan-favorite couple didn’t end up getting married during the finale, they are currently dating and making their relationship work long distance for the time being. Ross remains in Dallas while SK is going to school in California.

“We had a happy ending even though it ended in a few tears,” the pilates instructor gushed to Page Six. “I love our story. I love where we ended it … and there’s so much more to us.”

SK explained that the two had a conversation about their bond right after the wedding and have been on the same page ever since. 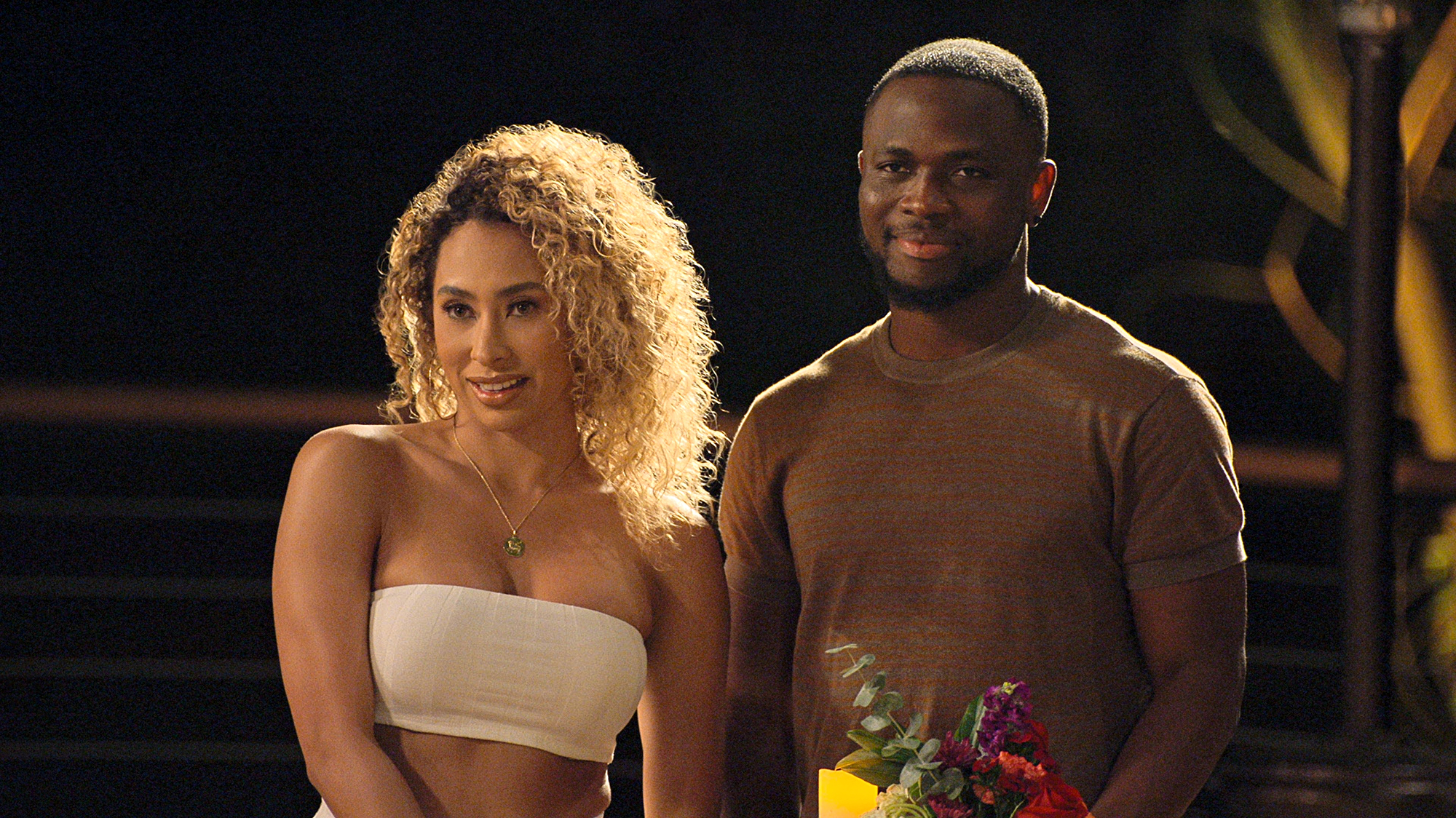 “We had the chance to talk and talk things over and see things from each other’s perspective,” he shared. “I think our relationship was very, very unique from the beginning. It [was] Iike bringing two different worlds together and, at the time, I just didn’t think adding marriage on top of that would resolve those differences. It would rather make it more complicated.”

He continued, “But I also knew that Raven and I had a chance outside of the pods, in the real life. Right now, we’re [on] good terms. We’re taking things at a time and excited about tomorrow.” 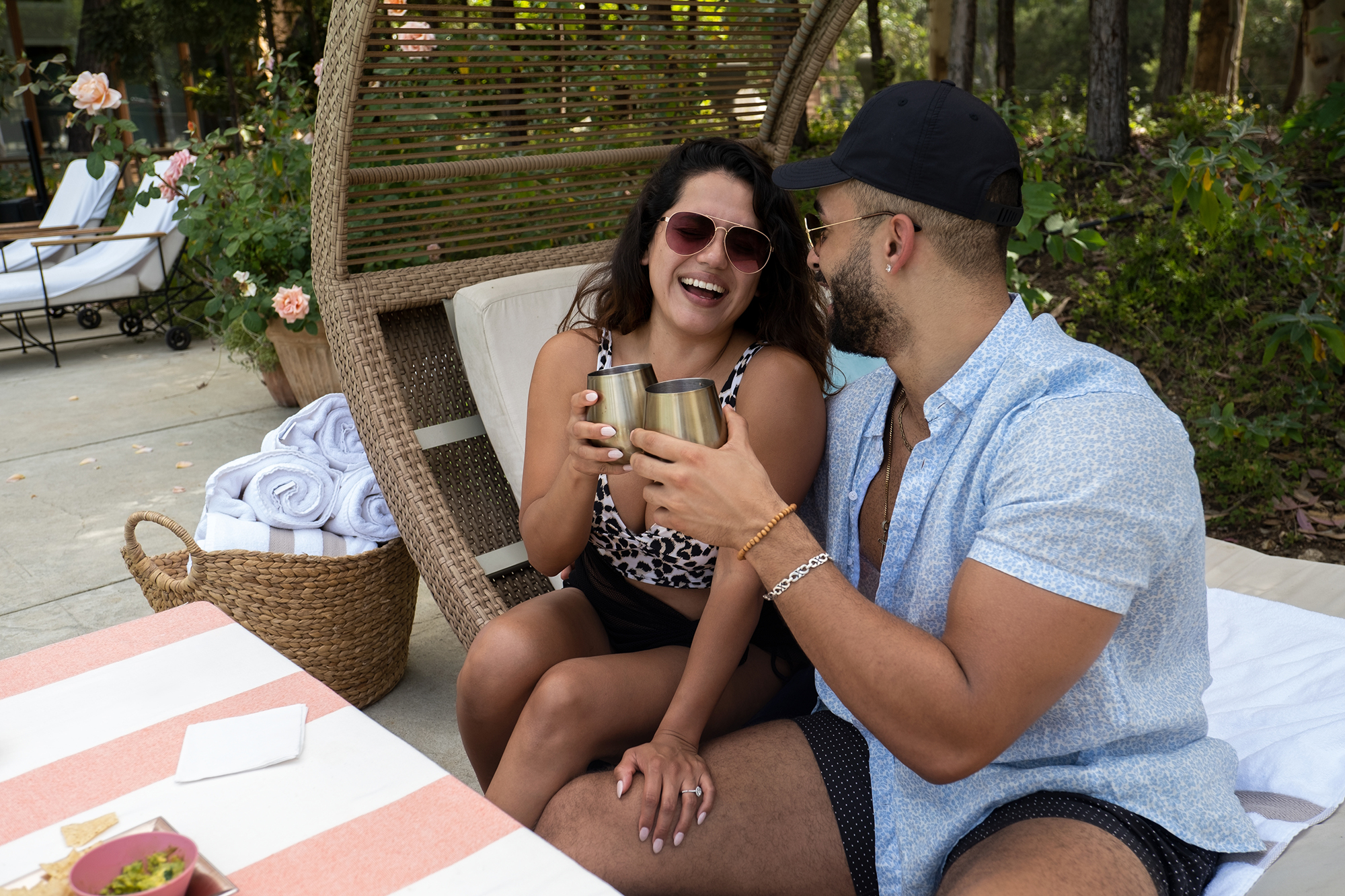 Fans were left on the edges of their seats waiting to see whether these two would make it work in the end amid their ongoing engagement struggles. However, Bowden ultimately said “I don’t” to Rodriguez on their wedding day.

During the reunion episode, Bowden admitted that he was “embarrassed and ashamed” by some of his actions, especially the comments he made about what a “smokeshow” Ross was after he saw her for the first time outside of the pods. 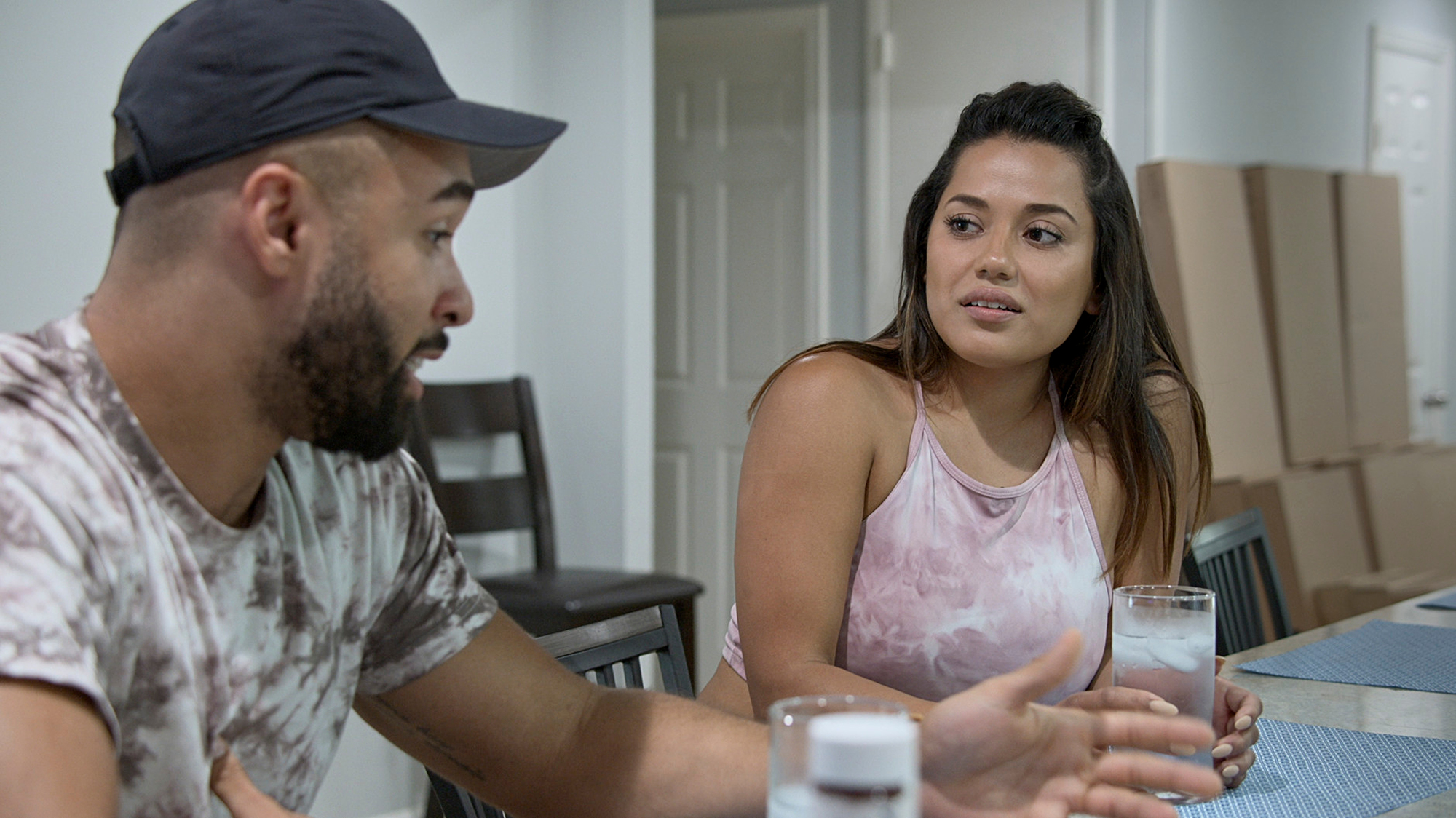 He also revealed that watching the episodes back, he was “rooting” for his relationship with Rodriguez to work out – and “wishes” he would have said “I do” at the altar.

“Yes, I am single. Me and Nancy’s romantic relationship cut off on wedding day,” he told Page Six. “However, our relationship has continued to be rollercoaster. We’ve gone from friends, to just completely not communicating at all, to disliking each other, back to acquaintances.”

“Right now we’re on speaking terms and it’s crazy because all these emotions are coming back, with seeing the episodes and then the world seeing the episodes now,” he continued. “So I’m happy that we are acquaintances and we shared this incredible experience together. I think that’s the best for us moving forward.” 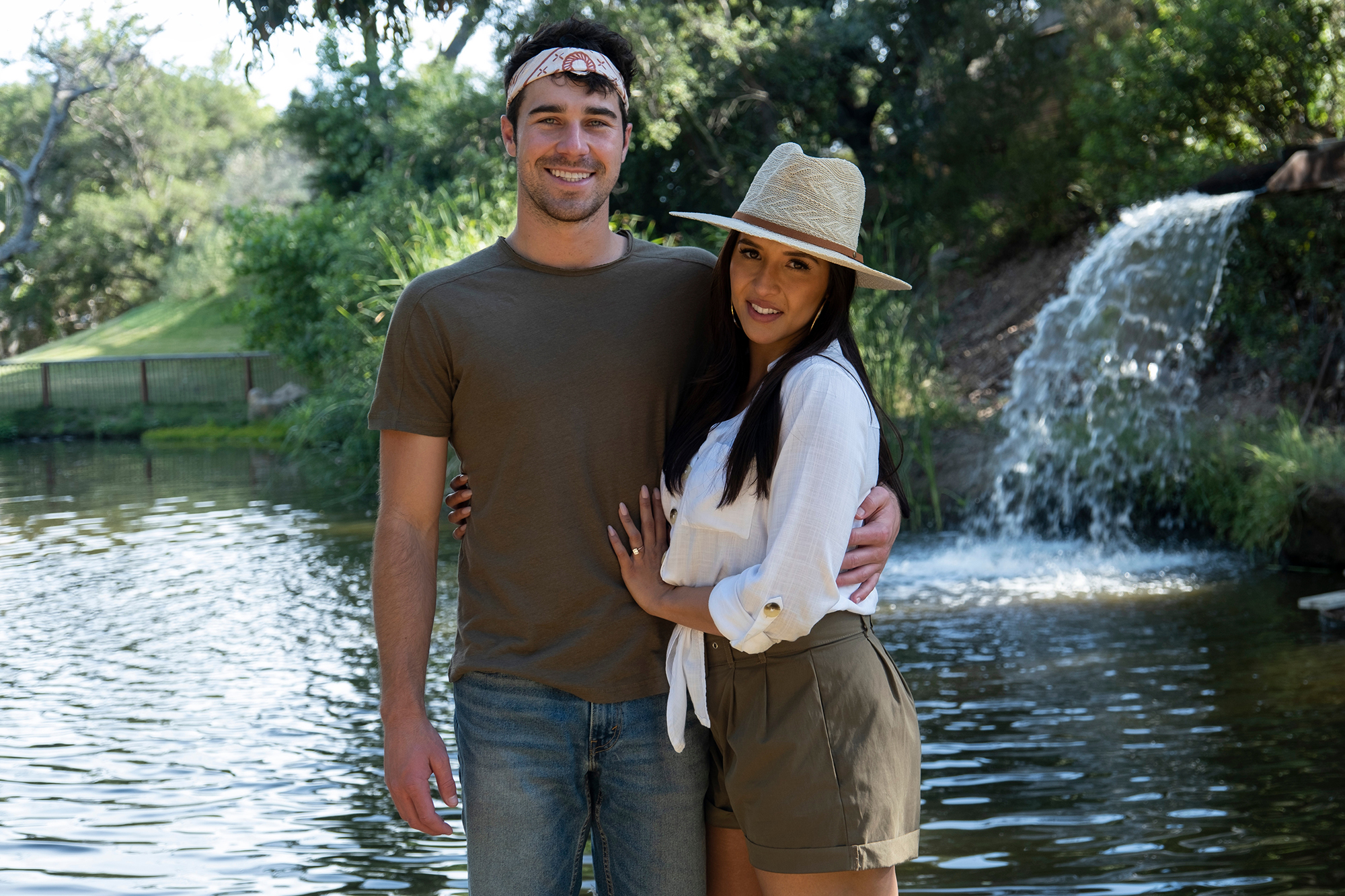 These two did not end up tying the knot on wedding day. Fans saw Jaffrey explaining to her ex-fiancé at the altar that he severely ruined her self-esteem with his comments about looks and comparisons to Reed, whom he also formed a connection with in the pods.

“This whole thing skyrocketed me onto a self-love journey,” Jaffrey told us. “So I do think I got a happy ending because I’m in a really great place. I’ve just been loving on myself for the past year, and if the right man wants to come along, she’s ready.”

As for Barnett, he admitted that he still hasn’t fully “processed” everything that’s happened from “the worst day ever,” but has been relying on his friends and family for support. 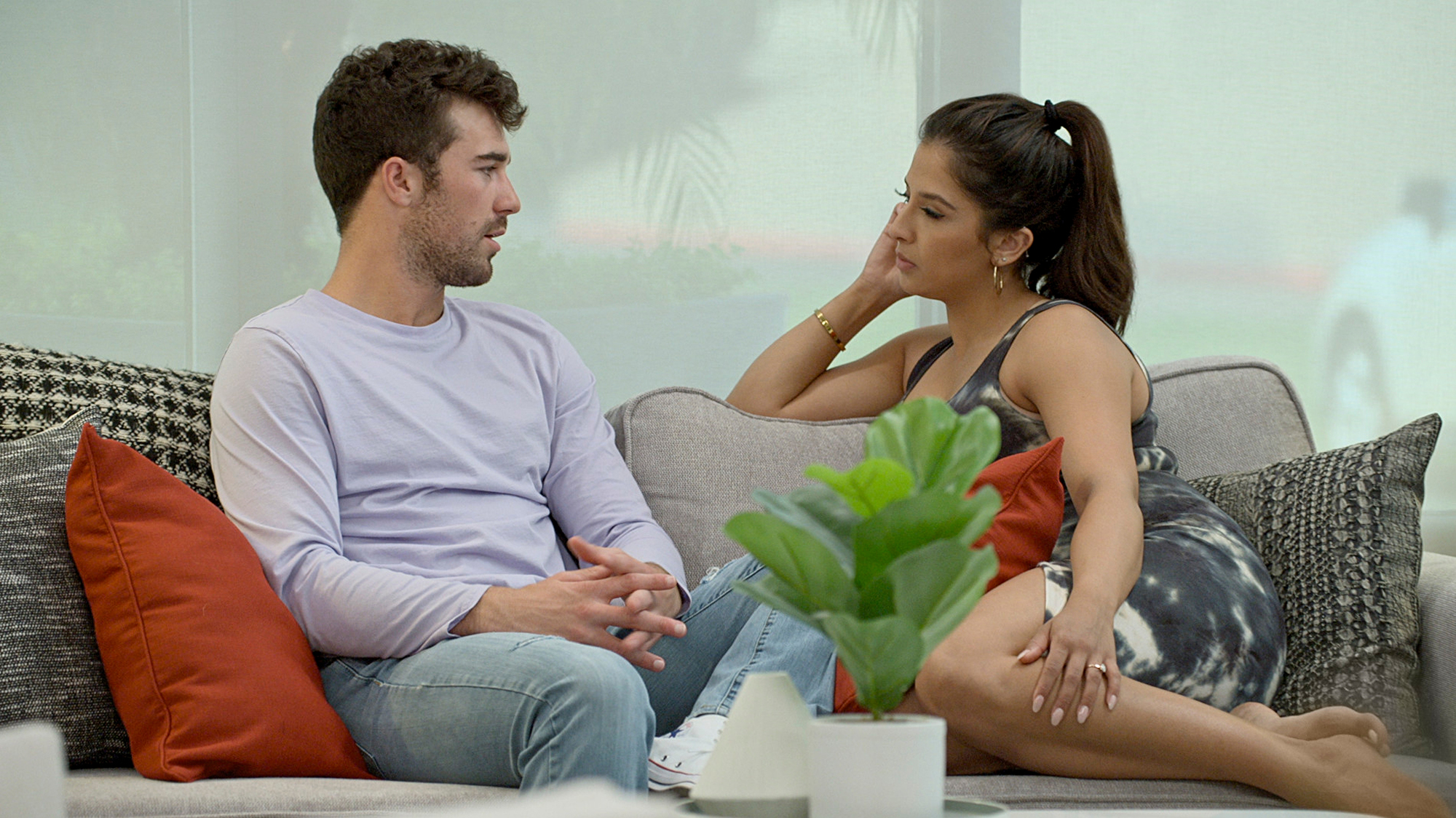 “I mean, it still stings. It still hurts to see it,” he confessed. “The support, it’s been awesome. Everyone has been there for me and I’m so thankful for my friends and family. I don’t know if I could have got through it without them.”

Barnett broke down in tears during the reunion episode, at one point stating that he regretted doing the show because it “destroyed” him. However, while speaking to Page Six, he said he would do the experiment again – and is now on cordial speaking terms with Jaffrey.

“I wouldn’t call it a friendship yet, but all I can say is that I know she cares about me and I know how I feel about her,” he shared. “Our goal is to get to a place where that’s the air around us. Like, ‘It’s OK, the past is in the past.’ That’s what we’re working on.”

All episodes from Season 3 of “Love Is Blind,” including the explosive reunion, are streaming now on Netflix.