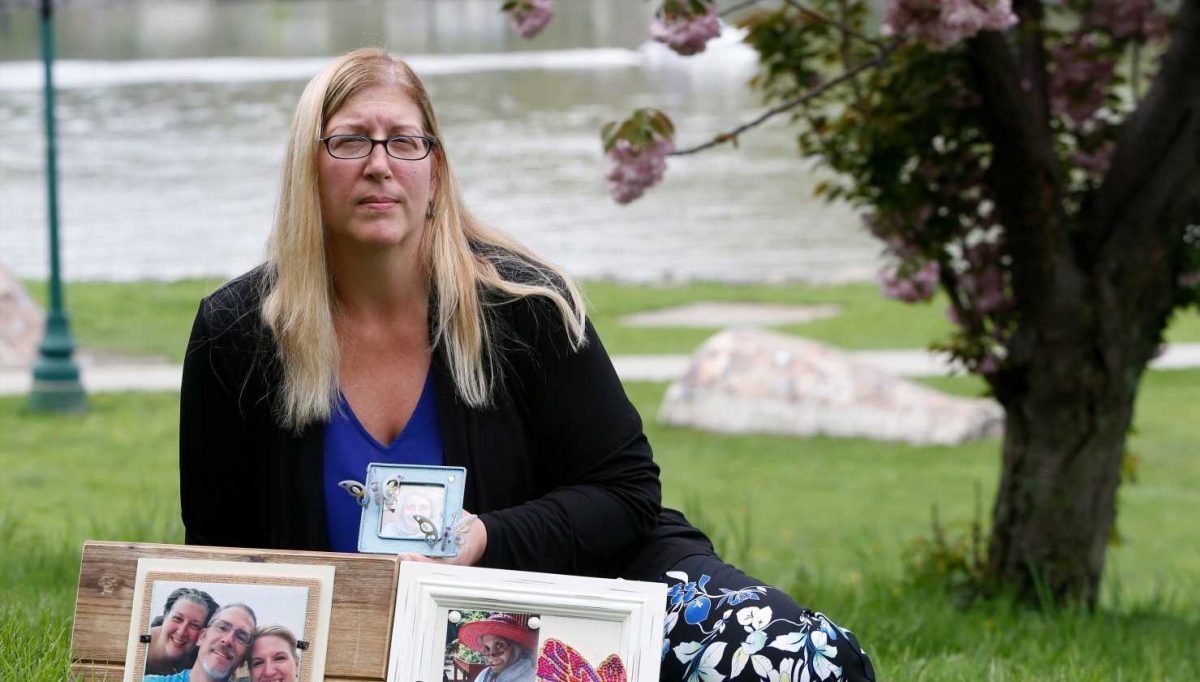 Almost two years ago, Genevieve Bogdan lost her 74-year-old mother, Rita, to pancreatic cancer. After a lifetime of memories with her mom, there were no more phone calls, no more holidays, no more long lunches and no more weekly bowling leagues and trips to participate in tournaments, which was a staple of their relationship.

Getting through her grief every day has been a struggle for Bogdan, but, of course, Mother’s Day is particularly challenging. However, she and her sister, Stephanie Bogdan, have decided that the annual holiday should be spent honoring their mother’s life and legacy by doing something that she loved.

“She loved butterflies, so last year we visited a butterfly conservatory,” said the 48-year-old Poughkeepsie resident who also has a brother, Walter Bogdan Jr., who lives in Virginia. “This year, on the morning of Mother’s Day, Stephanie and I will also race in our mom’s honor at the WA WA Wally Waddle 5K at Vassar College,” Genevieve Bogdan said. “We also lost our dad back in 2013, and his name was Walt and they called him Wally. Because of our losses, Stephanie and I try not to leave each other alone to wallow in grief.”

Genevieve Bodgan sits with family photos at Waryas Park in the City of Poughkeepsie on May 6, 2019. Bodgan's mother, Rita passed away in 2016, and Genevieve has found several ways to cope with the loss, especially around Mothers Day. (Photo: Patrick Oehler/Poughkeepsie Journal)

Licensed Master Social Worker Mary Mano understands what Bogdan and her family are going through this Mother’s Day. About 16 years ago, she lost both of her parents, six months apart. Today, as a bereavement social worker at Hudson Valley Hospice in Poughkeepsie, Mano helps others cope through their grief.

“At Mother’s Day, you can’t get away from it,” Mano said. “There’s social media and stuff in stores and on radio and television, but the more the griever repels or resists the grief, the more painful it’s going to be. I try to empower each client to recognize that it’s going to be a difficult day and there is a void and a loss.”

What you decide to do on Mother’s Day is truly up to you, if that means going out or not.

“If you’re safe at home and it’s your comfort zone than that’s OK,” Mano said. “Other people’s suggestions are nice, and while they mean well, you need to honor your own needs.”

Mano explained that those who are grieving are exhausted and tired, and must engage in self-care and self-compassion.

Photographs of Genevieve Bodgan's mother, Rita photographed at Waryas Park in the City of Poughkeepsie on May 6, 2019. Rita passed away in 2016, and Genevieve has found several ways to cope with her loss. (Photo: Patrick Oehler/Poughkeepsie Journal)

“A griever should be able to feel comfortable and, besides excessive alcohol and drugs, there is no wrong thing to do,” she said.

“On the first Mother’s Day morning without her, we celebrated by eating something she always loved — bagel, lox and cream cheese — and made a toast to her,” said Tatelbaum, a certified grief therapist and the director of the Center for Grief, Loss & Life Transitions in Poughkeepsie.

One of the hardest things about Mother’s Day is walking into a store and seeing all the greeting cards and knowing you won’t be buying one for your mom. However, Tatelbaum suggests writing a letter anyway.

“There are flower tubes and you can put a note in the tube and put it in the ground at the cemetery if the person is buried,” she said. “You can also write a note and keep it in a memory box with a picture of your mom and something valuable or sentimental, such as a locket. Do something. Putting the covers over your head and forgetting the day is only going to make it worse.”

Tatelbaum had one client whose mother loved potpourri, so every Mother’s Day she sprinkles her mom’s favorite potpourri at the cemetery.

“It makes you feel connected and that’s what you’re looking for,” Tatelbaum said.

Honoring your mother doesn’t mean you have to stick with family traditions, especially if it causes you hurt or pain.

“You can open yourself up to trying something new,” Mano said. “Maybe instead of going out for a brunch like you always used to, you can go out of town with a friend and go for a hike.”

It’s also important to note that grief differs for everyone.

“People also think that the first year is the hardest, but the second year you’re more awake and aware, so some people think the second year is harder than the first,” Mano said. “Time doesn’t heal grief, but people change and adapt and evolve and grow.”

Bogdan said getting through another year without her mom isn’t easy or hard, it’s just different.

“I talked to her every day — any milestone, any happy or sad, I always would pick up the phone and call her,” she said. “I would tell anyone going through their first Mother’s Day without their mom that it’s hard, so celebrate the day with those that you love.”