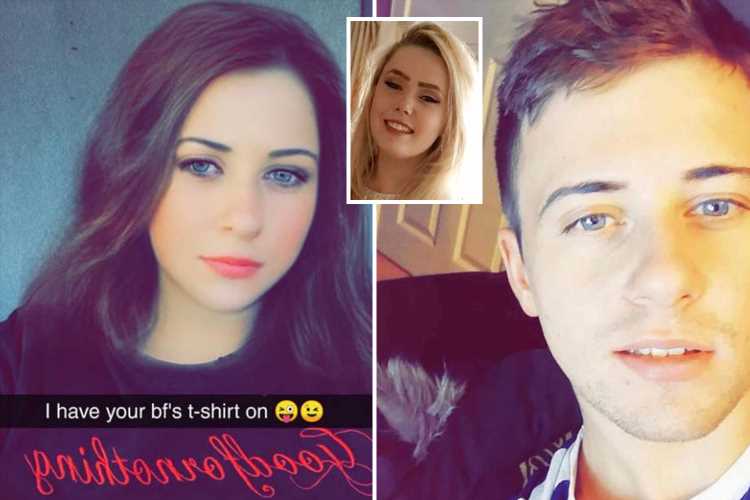 A BOYFRIEND'S Snapchat prank backfired after he tricked his partner into believing he was cheating on her.

Ryan Hill claimed he is "sleeping on the couch" after he took a selfie and used a new gender-swapping filter to turn himself into a woman. 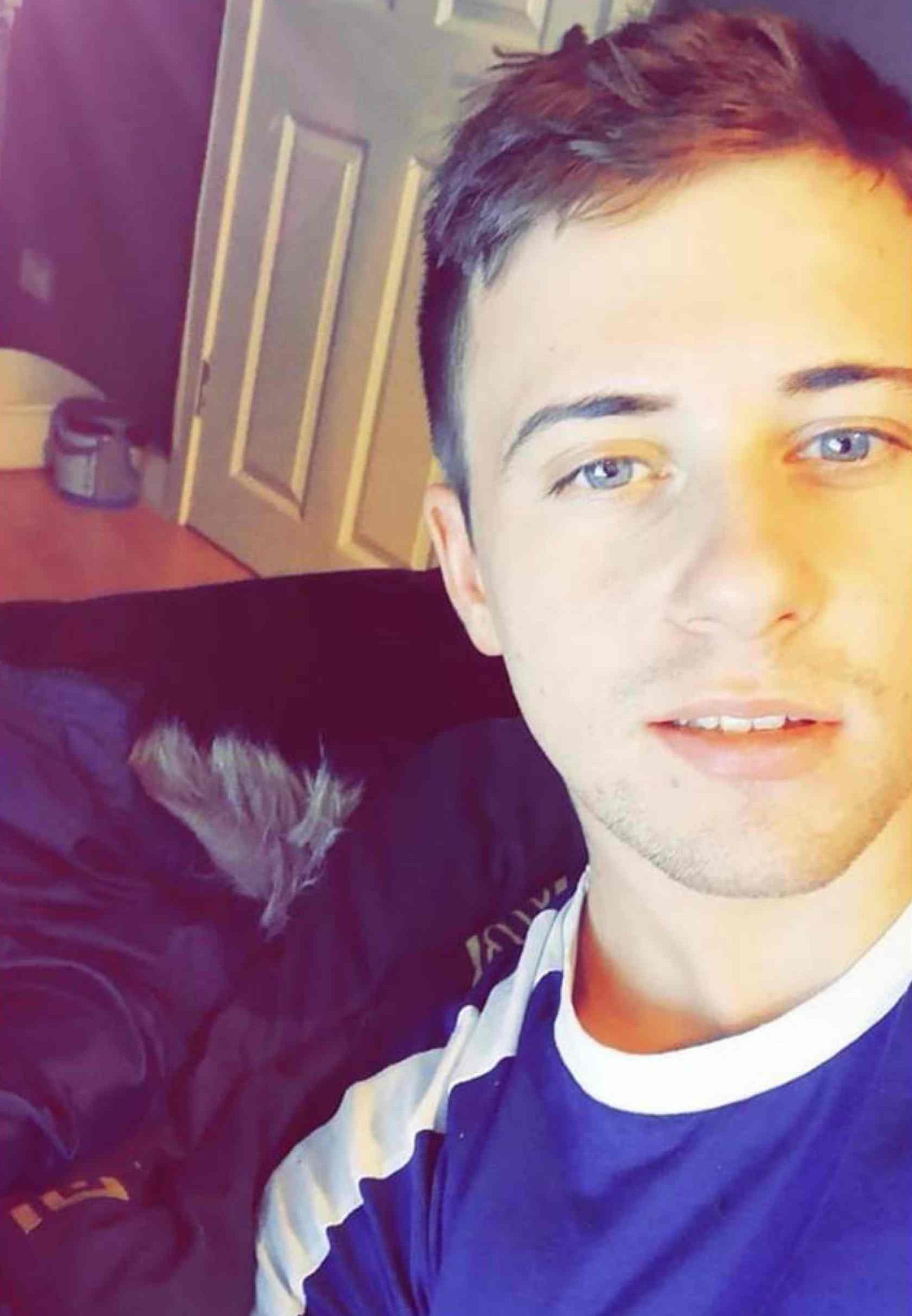 The 22-year-old from Crossford, Fife, then sent the picture to his girlfriend from his Snapchat account with the taunt: "I have your bf's t-shirt on."

Melissa Dunsmore, 19, was furious when she received the picture, failing to spot the resemblance to her boyfriend.

She demanded to know why another woman was wearing his clothes and told him not to bother coming round after work.

Even when Ryan explained and offered an apology, Melissa was having none of it and warned him to stay away or risk a punch in the face.

Ryan says he is now suffering "major silent treatment", but this has not stopped him sharing his prank on social media.

He posted: “Snapchat has a filter that makes you look like a girl, so I thought it would be a good idea to wind my gf up and send her this.

"She didn't take it well. See images below.”

The next set of images then shows the Melissa's reaction. She responds: “Are you f***ing serious? Don’t even bother coming here after work.”

Realising his joke had backfired, Ryan writes: "That’s me you idiot.”

Ryan said: “I just found the Snapchat filter and tried it and was surprised at how much I actually looked like a girl in it.

“Without thinking I sent the picture and I assumed she would see that it was me with a filter but she went nuts thinking it was actually another girl.

“I find it great that people share my sense of humour, but unfortunately she has now currently fell out with me and I'm sleeping on the couch with some major silent treatment.” 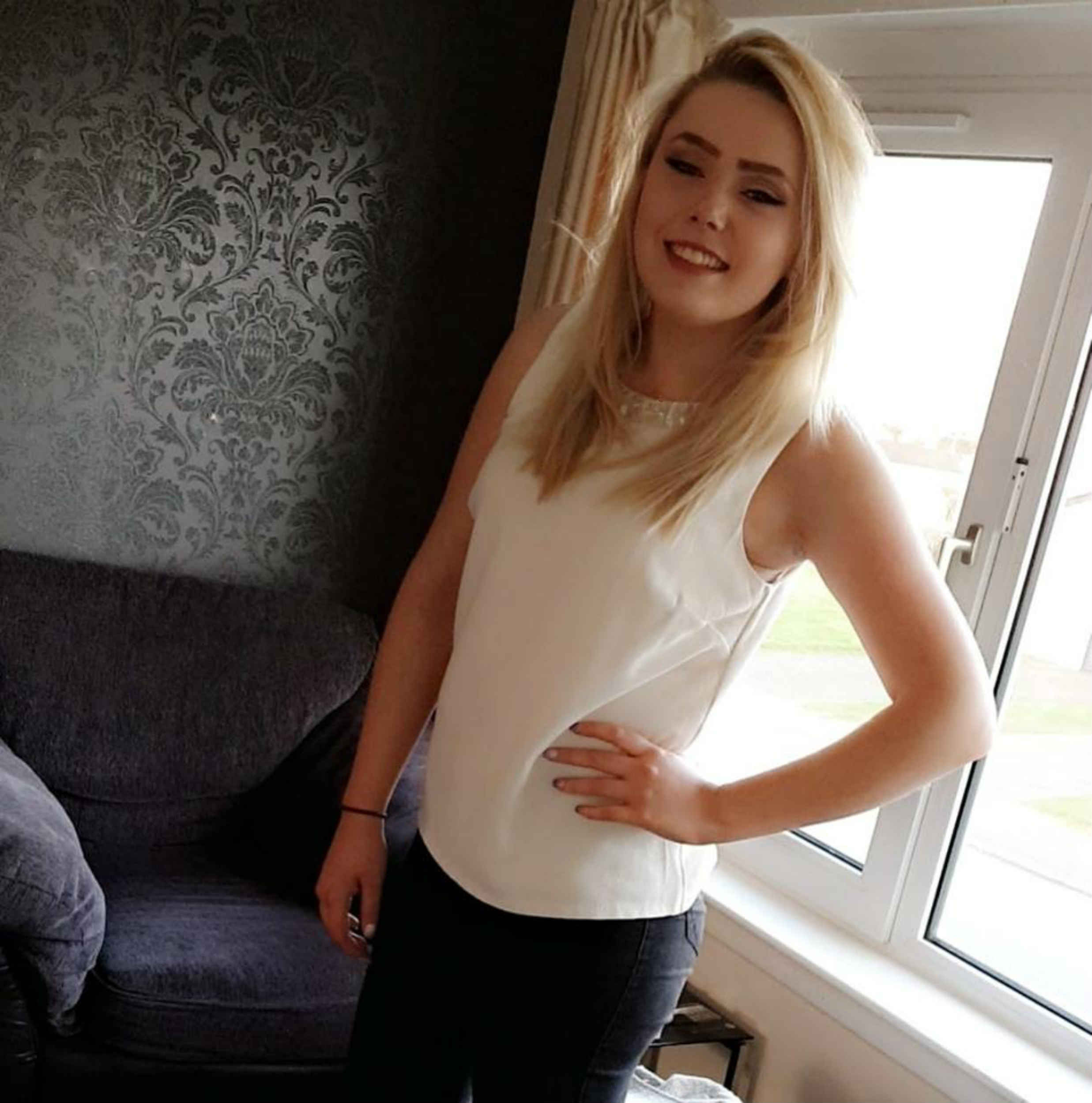 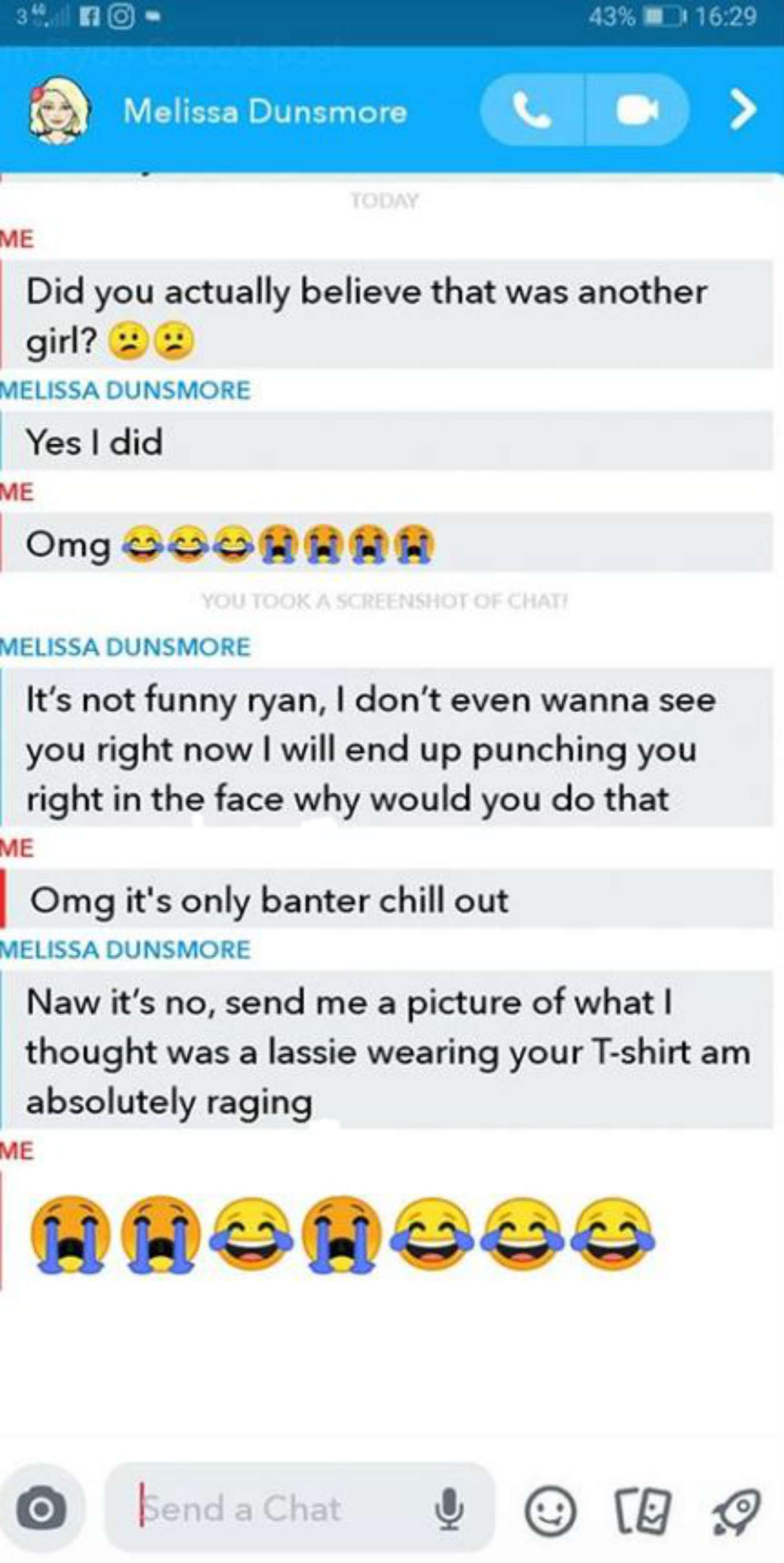