Kourtney Kardashian busts out of her bikini and more star snaps

Lizzo wants to ‘get in the middle of’ Kourtney Kardashian, Travis Barker’s PDA

Kourtney Kardashian shut down rumors that Kylie Jenner is getting married after a fake Instagram account claiming to be her 12-year-old son, Mason, sparked engagement speculation.

“Hello everyone, hope it is a beautiful Thursday,” the Poosh founder, 43, tweeted Thursday. “After months and months of thinking you would all know that is NOT Mason on these fake accounts, some of you don’t.

“So I will spell it out clearly,” she went on to write. “That is NOT Mason on these fake social media accounts talking about our family.”

Kardashian, who is also the mother of daughter Penelope, 10, and son Reign, 7, posted the same statement to her Instagram Story.

The reality star’s clarification came after an account pretending to be her eldest child alleged that Jenner, 24, recently celebrated a bridal party. 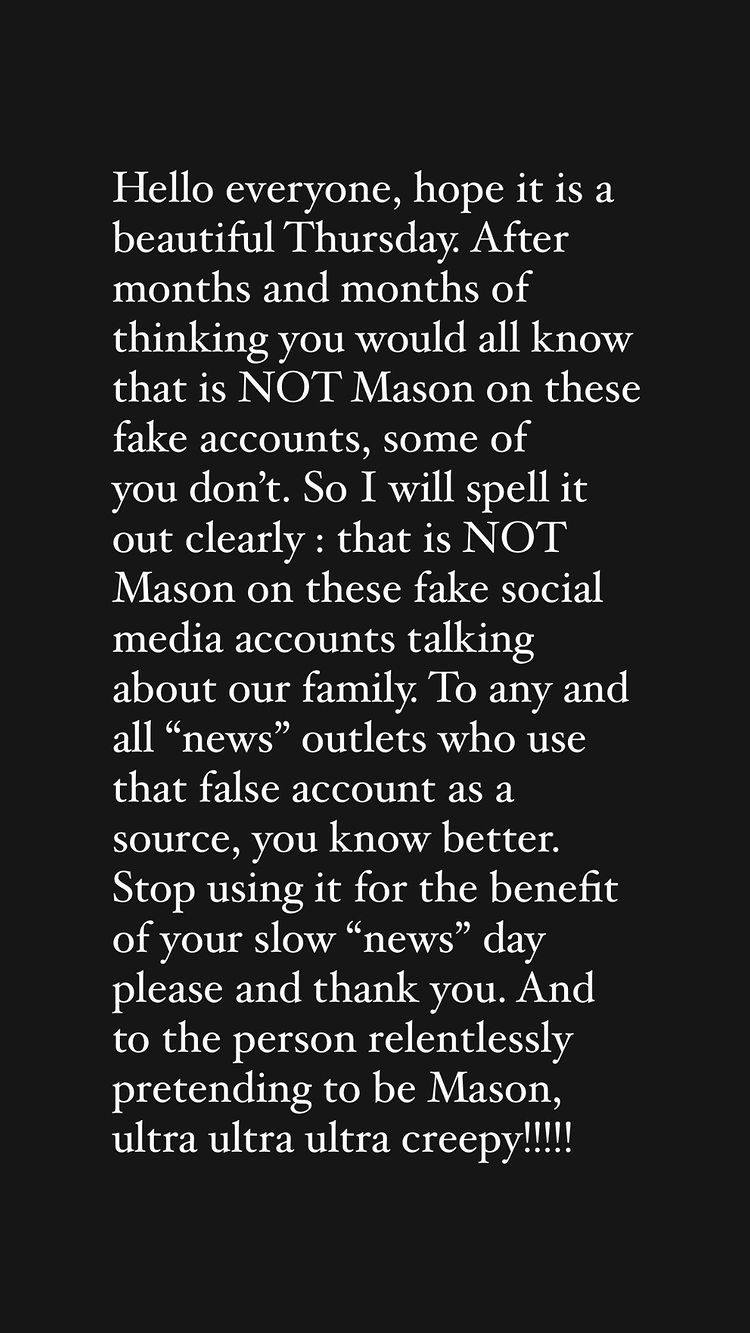 “Hey guys! Mason here you’re [sic] favorite person LOL. Here’s an update on life,” the post read, according to Radar Online. “Kylie is getting married and … that’s why she’s the only one wearing white!!!”

The user even shared screenshots of text messages that it alleged the Kylie Cosmetics creator had sent to her nephew. 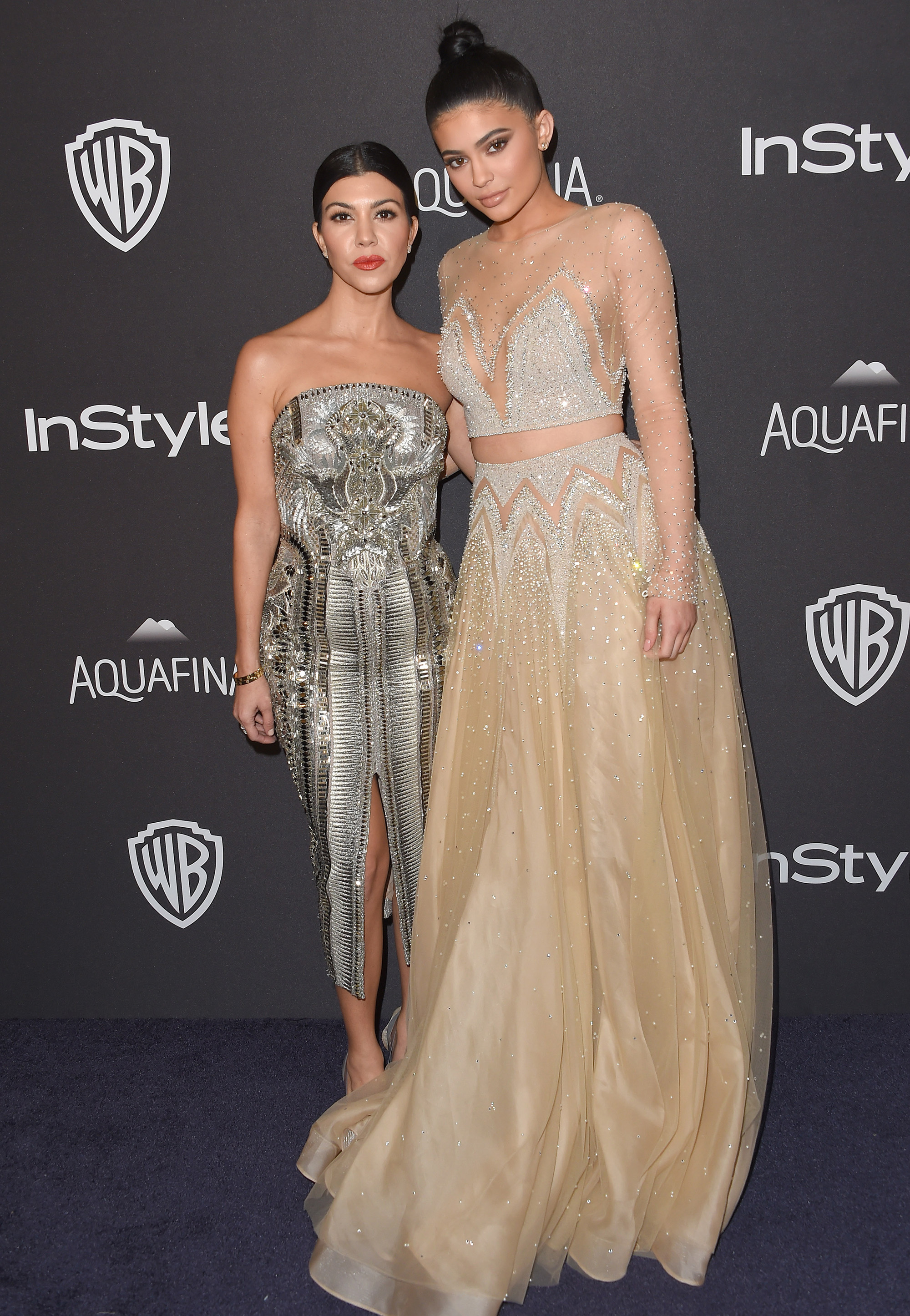 “You need to stop,” read the first text, followed by, “Delete that now” and “MASON.”

While hoax accounts for Kardashian’s eldest child have made headlines in the past, Mason created his own in March 2020 — which his mom promptly deleted. 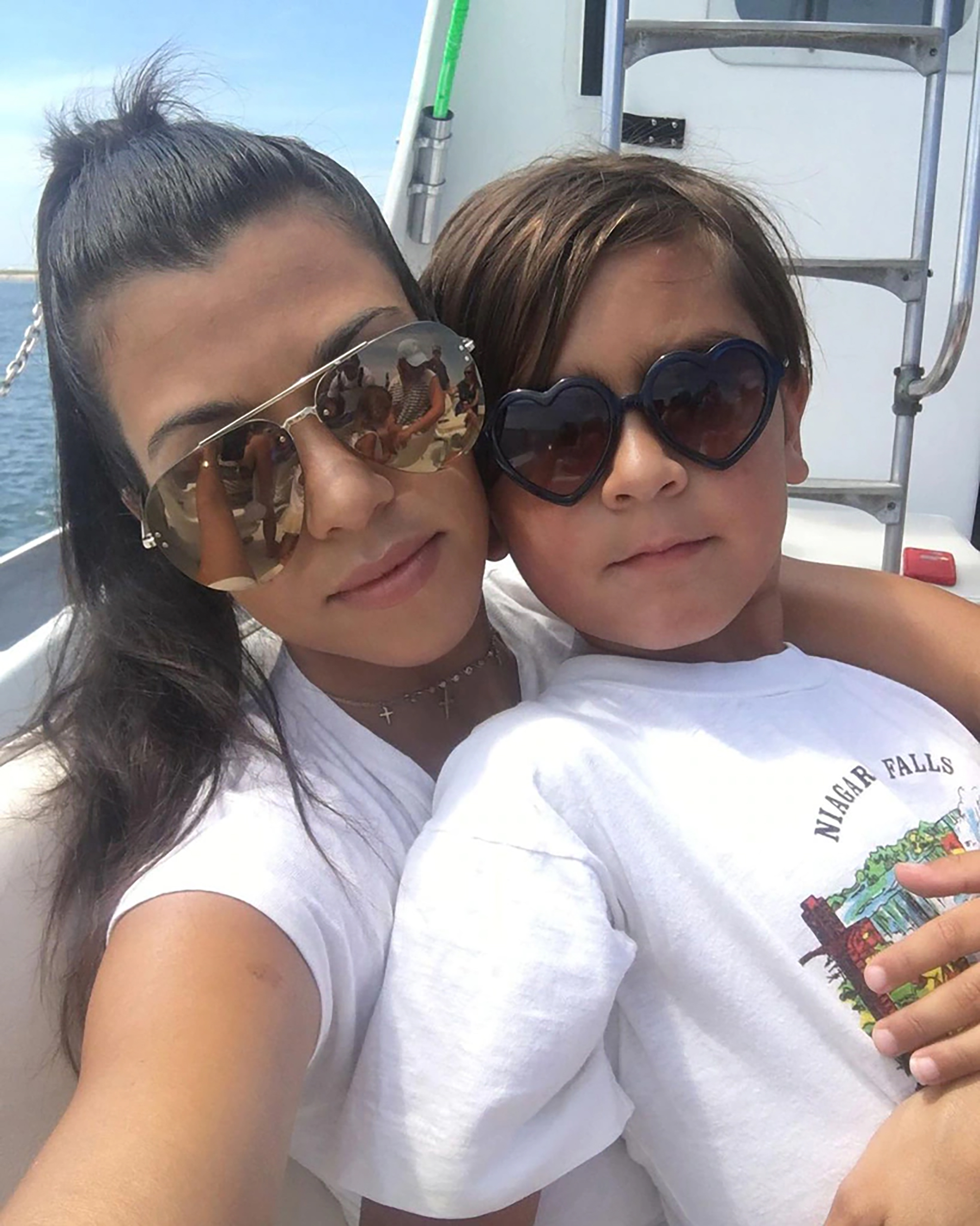 “I made it private and then [Mason] turned it back to public without me knowing … so I just [deleted it],” Kardashian told her Instagram followers at the time. “It’s gone. It’s deleted.”

The “Keeping Up With the Kardashians” alum added that she and Mason’s dad, Scott Disick, felt the preteen was too young to be on the app.

“He’s 10. I think there’s an age limit with Instagram, I think it’s 13,” she explained. “I think the thing that really worries me with kids is, people can be so mean.”

Later that same week, Mason made a TikTok account, which was also ultimately deleted.

“I went viral,” Mason said in a Live video before losing access to the app. “I would’ve had 2.7 mil [followers] by now if I kept it up.”

Mason does not appear to have returned to social media since, although his sister frequently posts TikToks from an account she shares with Kardashian.