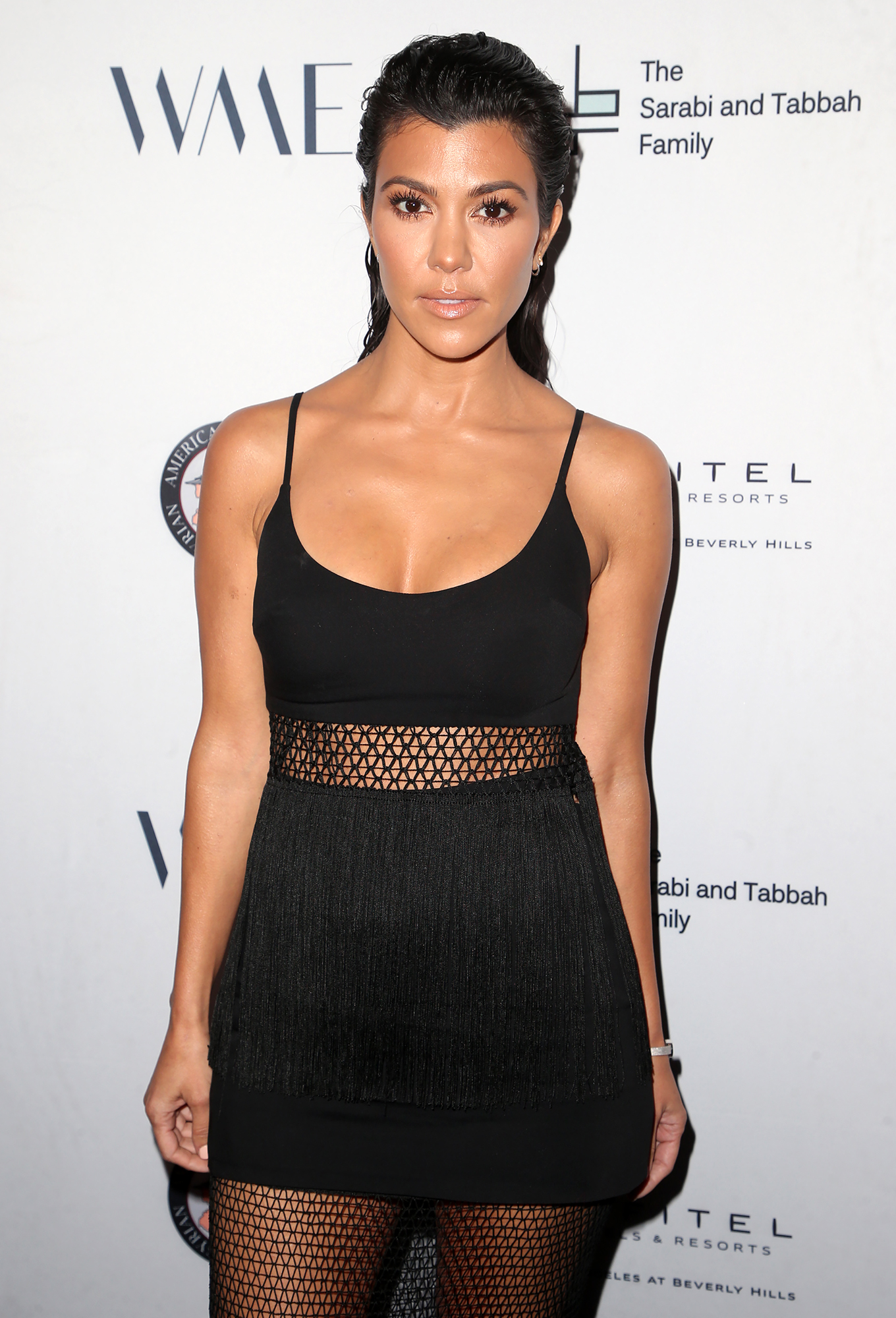 Despite all the love from her followers, the 42-year-old Poosh founder deleted the pictures shortly after posting them.

In the original photos, Kardashian rocked a red one-piece from sister Kylie Jenner’s latest venture, Kylie Swim. And instead of adding on presets or toying with Photoshop, the sexy imagees appeared to be completely unaltered.

Of course, the whole keeping it real aspect of it all — paired with Kardashian’s next-level figure — sent fans into a total tizzy. The pictures gained over a million likes and tons of comments during the time they were live on the social media platform.

“You’re my favorite because you are REAL. I don’t see any of the other family members posting such raw photos,” a fan wrote. Another added: “I congratulate kourtney for promoting that bodies ARE NO LONGER PERFECT and we don’t have to BE ASHAMED ABOUT THAT …”

It’s unclear why Kardashian, who is dating Travis Barker, decided to delete the snaps, but fans were certainly sad to see the unedited photo disappear from her grid.

“Y’all why kourtney delete that ass pic ughhh. Travis made her do it,” a fan joked on Twitter with a crying emoji. “Did Kourtney think we would forget that bikini pic happened,” another person questioned.

The reality star, who shares children Mason, Penelope and Reign with ex Scott Disick, wasn’t the only member of her family to make headlines yesterday.

Jenner, 24, sent the internet into a full-blown freak out after announcing her second pregnancy with a heartwarming video. In the minute-and-a-half clip, the Kylie Cosmetics founder gave fans a glimpse into her doctor’s visits and daughter Stormi’s upcoming role as a big sister.

She even showed how she told mom Kris Jenner. Stormi, 3, handed the momager an envelope of sonogram photos. “This is one of the happiest days of my life,” the reality star, who is adoringly called Lovey by her grandkids, said in the video.

Us Weekly previously confirmed on Friday, August 20, that the beauty boss was expecting her second child with Travis Scott.

“She has been trying for almost two years to get pregnant,” an insider exclusively told Us. “She has always wanted another kid close to Stormi’s age.”

The Kylie Skin founder previously welcomed Stormi in February 2018 after keeping her pregnancy a secret.