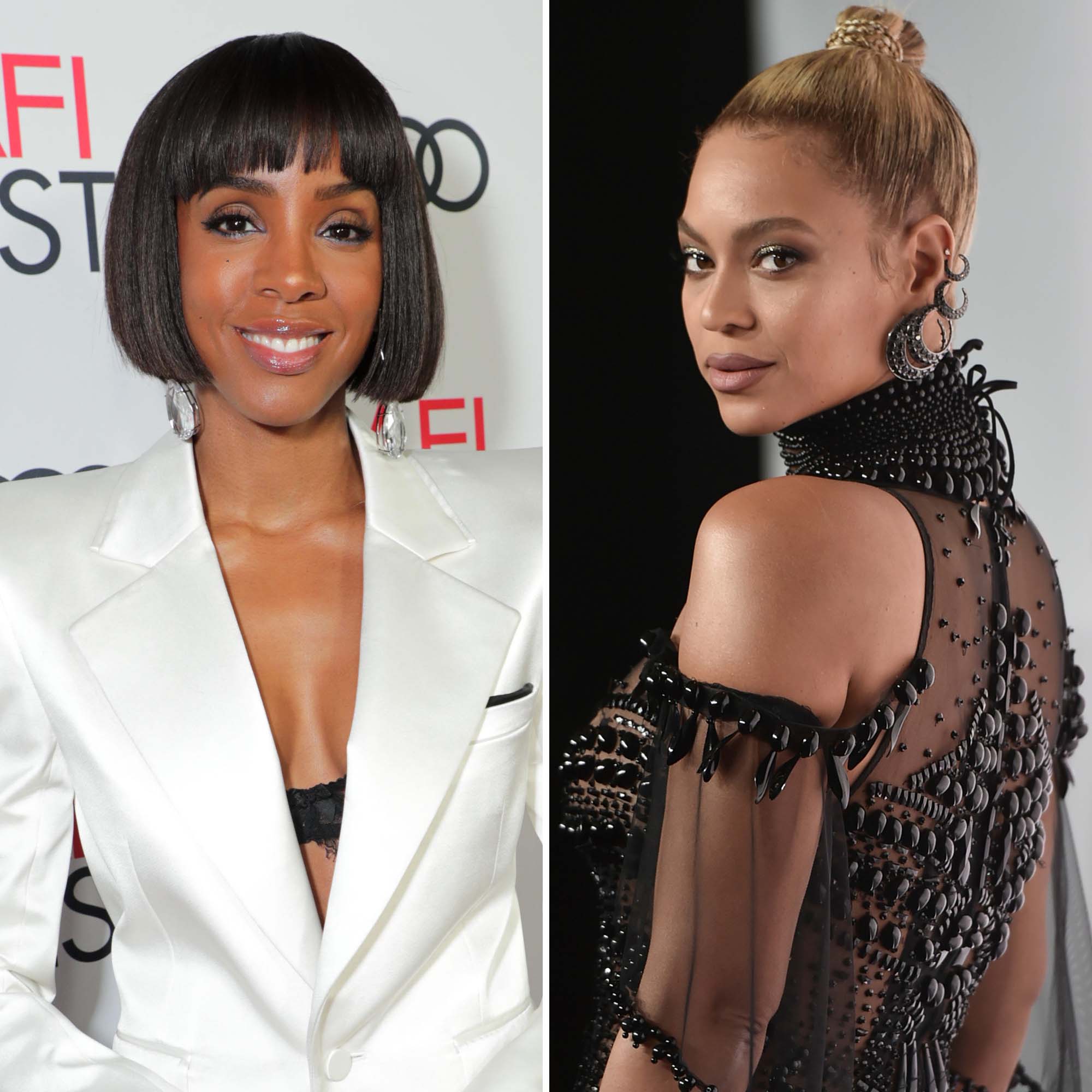 Destiny’s Child! Blackpink! The Supremes! The Best Girl Groups of All Time

“You happen to be standing next to the brightest light on planet earth. You think Big Boi from Outkast has it tough being next to Andre [3000], you’re with Beyoncé,” Hot 97 DJ Peter Rosenberg told the Destiny’s Child alum, 41, on Ebro in the Morning With Laura Stylez and Rosenberg on Wednesday, November 16. “And not only did you not have to fight it, like, you really loved the position you were in and took it seriously.”

The “Dilemma” singer, 41, reacted to Rosenberg — who also commented on her “ability to play second to Beyoncé” — with a candid and poised reply.

“Here’s the thing: Light attracts light. I am light. I am a beautiful, brown, shining light,” the “Survivor” artist said. “So, I don’t think anybody’s light dims anyone else’s. I think that when other people start to compare you, I think that’s when it shows how dim they are of themselves.”

She continued: “I don’t take someone else trying to dim my light anymore for anybody else. I love B, I know that she’s a light, but I know that I’m a light too.”

Rosenberg, however, only doubled down on his remarks about Rowland’s “role” within Destiny’s Child — which the Grammy winner did not take lightly.

“You could have rested on your laurels and just been like, ‘Hey, I’m part of this iconic group. My best friend is the biggest star in the world. We kick ass, we’re awesome,’” the radio personality emphasized, before Rowland cut in with her reply.

“And her best friend-slash-sister is one of the big stars in the world too. People only see things one-sided … we both shine together,” the “Brown Eyes” artist hit back. “Now everybody is … starting to believe this thing where … ‘Only one woman can do this and they shine the biggest.’ My sister has knocked down doors and made positions for so many women that look like her, that are a deeper shade than her, but specifically for Black women and put Black women in other places we’re grateful for. But also somebody else did that for her, and another group has done that for us. And I do it for other brown girls, so it’s a cycle and a space for all of us to open up doors for each other instead of compare. Don’t be so limited.”

Rosenberg, for his part, later issued an apology to the “Say My Name” singer via Twitter, while she thanked fans for always “hav[ing] my back.”

Rowland, who rose to fame in the ‘90s in Destiny’s Child alongside the “Formation” artist, 41, and Michelle Williams, has been honest over the years about feeling like she’s been living in Beyoncé’s shadow throughout their careers.

Celebrity BFFs Through the Years

“Can you imagine what it’s like being in a group with Beyoncé? I would just torture myself in my head,” the “Brown Eyes” artist revealed on The Voice Australia in 2020. “Like, I can’t wear this dress because they’re going to say it’s like B. Or, I can’t have a song like that because it sounds too much like B. They’re gonna compare anyways.”

She elaborated: “I would be lying if I said, ‘No, it’s never bothered me.’ That’s bull. There was a whole decade, if I am being completely honest, a decade where it was like the elephant in the room. It was the thing that would constantly be on my shoulder.”

Beyoncé, for her part, has frequently praised her former Destiny’s Child bandmates — most recently giving them a shout-out on the “Queens” remix of her July hit, “Break My Soul.”