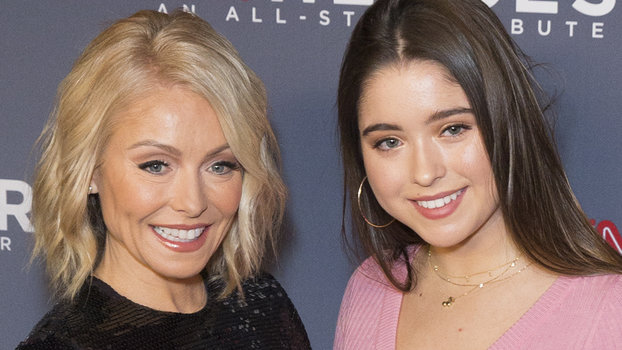 We know that dropping a child off at college is an emotional experience for mom, dad, and the family dog, but don't discount the feelings of siblings (no matter how much they bickered as kids).

Don't just take it from me, a stranger, take it from Kelly Ripa, beloved staple in American pop culture and mother of three. The host of Live with Kelly and Ryan revealed on Tuesday that her experience dropping 18-year-old daughter Lola Consuelos off at her New York University dorm was emotional — but not for all the reasons you'd think.

“We moved Lola into her dorm and it’s one of those things that you don’t realize how close [the kids are],” Ripa said of Lola and her youngest son Joaquin, who are 20 months apart, according to People. “The younger two are really close in age. Like, I didn’t even know I was pregnant with the third one because I was still nursing the second one!”

In addition to the sappy sibling moments, Ripa also shared details about Lola's dorm, which she shares with four — count 'em — four other women.

“She has four roommates so it’s quite crowded in there,” Ripa shared of the room. “[They] all just met, it’s all brand new. Scary and exciting … The room is so tiny, you just forget how tiny it is!”

The nest is getting roomy………?

Lola follows in the footsteps of her oldest brother Michael, 22, who also attends NYU and who moved into an apartment on the same weekend. Lucky for Joaquin, however, the whole family is based in New York, so they're never too far away for a hang.

It was Ripa, however, who had the last laugh. “To that, I said, ‘I’ll see you in four hours when you come home because you don’t know how to use the washing machine!'”