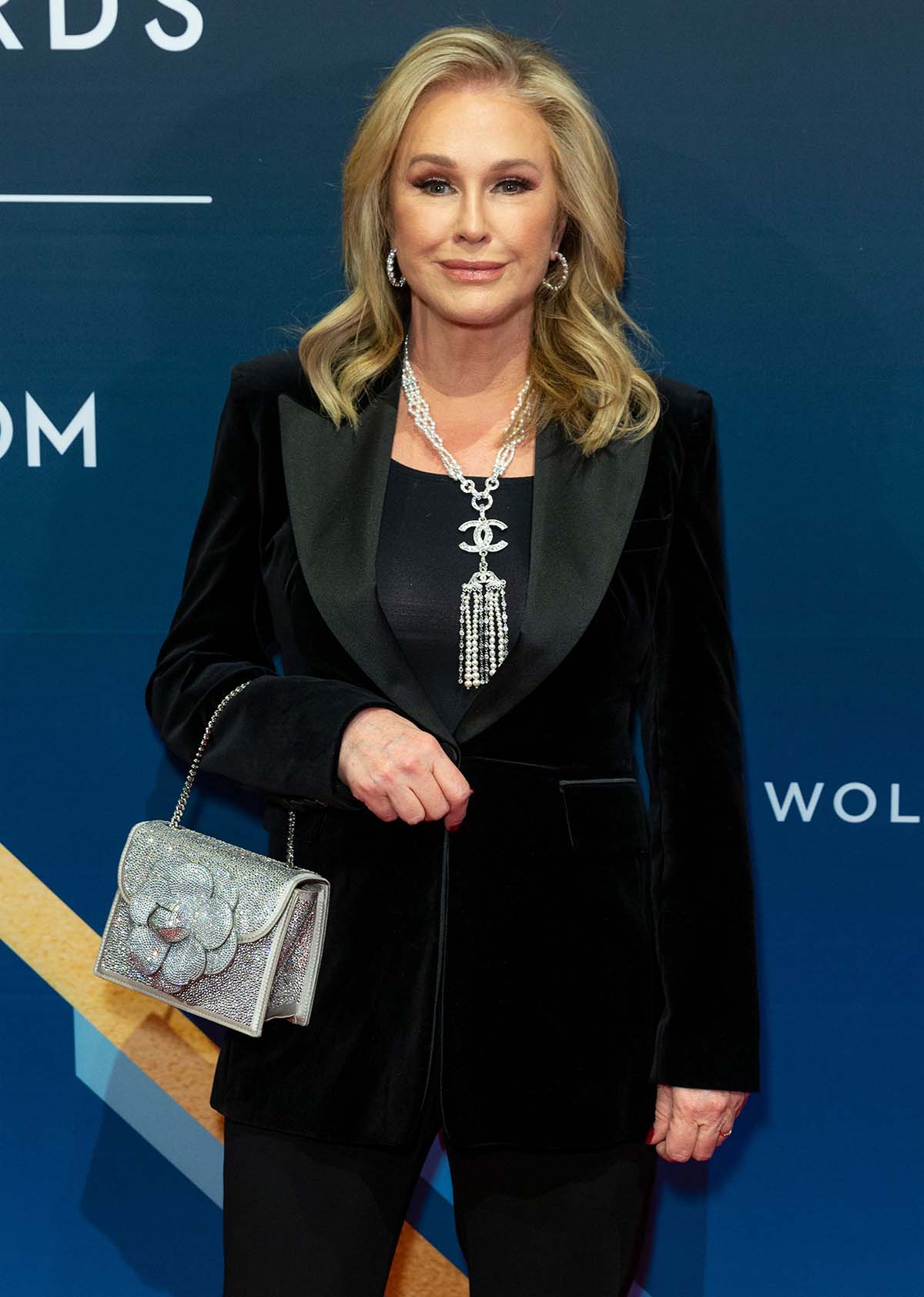 The reality of it. Kathy Hilton offered a glimpse at what Bravo viewers can expect to see when The Real Housewives of Beverly Hills cast travels to Aspen in season 12.

Biggest ‘Real Housewives’ Feuds Ever — And Where the Relationships Stand Today

“I can’t go through exactly what happened. … I said some things because I was just venting in a personal conversation with someone and it was not filmed,” Hilton, 63, exclusively told Us Weekly on Wednesday, July 20, at a viewing part at her home in honor of her RHOBH season 12 debut.

The New York native pointed out that she wasn’t focused on filming when she addressed her issues. “I was frustrated. There’s not an excuse for it,” she noted. “I was doing all the press for Paris in Love, [which included] daytime talk shows and evening talk shows. Then I had to get up at 4 a.m. and get to the airport [for] a flight to L.A., then wait around for three hours to get a flight to Aspen. I felt like I was overtired, high altitude and a little sensitive.”

According to Hilton, the circumstances led to problems between her and sister Kyle Richards.

“I thought it was a private conversation and I just wanted somebody to say to me, ‘Look, you two love each other. Everything will be fine. You’re just overtired,” she explained at the event, which featured cocktails made with Eva Longoria‘s Casa Del Sol tequila and was cohosted by MenoLabs, a wellness brand offering natural solutions for perimenopause relief. “I just wanted someone to vent to. And I guess that what I’ve learned is — I love both my sisters. I love them. They’re my blood, and I never should have said anything to anybody.”

The socialite also opened up about the lessons she has learned since joining the hit Bravo series, adding, “I was thinking, my friends — they don’t understand because they’re not in this. When you’re in this show, you’ve got the cameras on you and there’s no time just for a second [to stop].”

Fans previously got a preview of the infamous trip to Aspen during the season 12 trailer. Earlier this year, Garcelle Beauvais also weighed in on the “off the chain” experience, telling Us in February, “I don’t know how we pack so much in three days.”

Costar Erika Jayne later admitted there was a moment from the trip that she wanted to take back.

“We’re staying in Aspen. We have had dinner and we go to the girls’ house. Garcelle, Sutton [Stracke], Crystal [Kung Minkoff] and Sheree Zampino were staying somewhere else, and I got into it very heavily with them,” the singer, 51, recalled during an episode of Teddi Mellencamp and Tamra Judge‘s “Two Ts In A Pod” podcast in April.

Former ‘Real Housewives of Beverly Hills’ Stars: Where Are They Now?

Erika, who was joined by Lisa Rinna and Richards, 53, said she didn’t want the scenes to air. “I’d remove that. I haven’t seen it. I experienced it, but what I experienced was bad, so I can only imagine how bad it looks,” she explained, adding that she “went wild” while cameras were on. “It was bad. It caused a problem between Kyle and myself. I’m regretful. Obviously we’ve been friends for eight years now, so my relationship with her is important.”

During her interview with Us on Wednesday, Hilton also discussed her passion for Menolabs and the message behind it. “That’s what I put in my shake every day,” she shared. “I’ve had not hot flashes, but [I am] literally just warm. Then my hair gets all curly and I get headachey and the sleep has been difficult for me. So I do the shakes — sometimes twice a day.”

The reality star added: “I have found that in the last couple months I feel better. I feel like my skin looks better [and] I feel that there’s gotta be some anti-aging.”

The Real Housewives of Beverly Hills airs on Bravo Wednesdays at 8 p.m. ET.

With reporting by Hannah Kahn