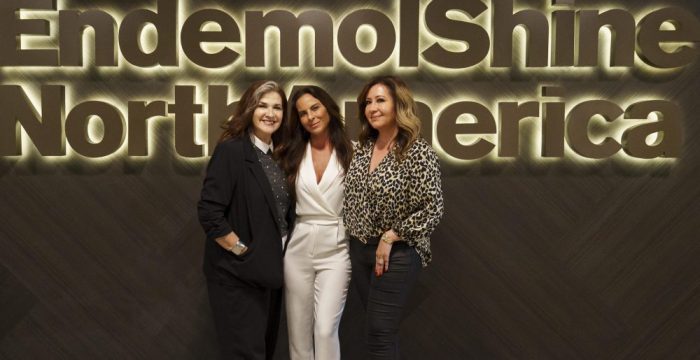 Founded by Del Castillo and her partners, entertainment industry exec Carmen Cervantes and journalist Jessica Maldonado, Cholawood will be based out of Endemol Shine’s Los Angeles headquarters.

Del Castillo will both produce and star in shows that will be jointly developed between Cholawood and Endemol. Flavio Morales, Endemol Shine Latino’s Los Angeles-based executive VP of U.S. Initiatives, will oversee the projects with Del Castillo and her Cholawood team.

“It’s an ideal time for Latina-led content; we need more projects told from a woman’s point of view,” said Del Castillo of her company’s mandate to produce more premium content with strong female and Latino characters. The first-look deal could encompass scripted and unscripted television, feature films and documentaries.

Both sides are currently exploring scripted and unscripted development opportunities in both English and Spanish.

While unclear on which projects in the pipeline will first go into production, Endemol Shine Boomdog CEO Alejandro Rincon cited the company’s push to grow its scripted programming content.

“We’re hoping to enlist other big talent and producers to similar development deals,” he said.

Del Castillo said she feels the time is ripe for pitching Latino-focused stories.

“We are here to create a new narrative empowering the Latina and Latino communities. It’s time for us to steer away from stereotypes and clichés,” said Del Castillo. The pact comes at a time when the latest studies continue to report the lack of representation of Latinos both behind and in front of the camera, especially in film.

Best known for her starring role in Telemundo’s smash drama “La Reina del Sur” and her Netflix productions “Ingobernable” and “The Day I Met El Chapo,” Del Castillo next appears with Will Smith and Martin Lawrence in the upcoming action comedy “Bad Boys for Life,” the third installment of the “Bad Boys” franchise.