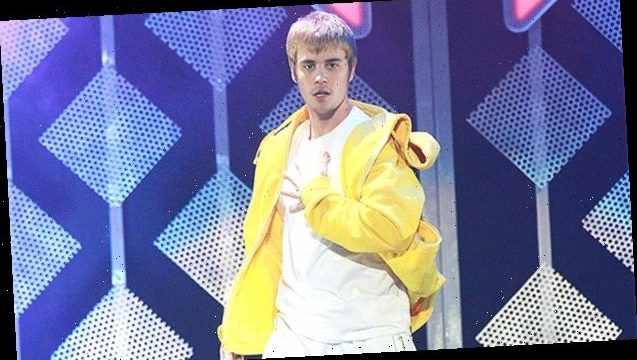 Justin Bieber’s been busy secretly recording new music during quarantine, and a new album is on the way. Those who have heard it say the upcoming Bieber tracks are the best work he’s ever done.

Justin Bieber is going make sure that 2020 ends on a bright note for his Beliebers. The 26-year-old has been hard at work in the studio during the COVID-19 pandemic. Normally he would have been on the road this summer with his Changes stadium tour, but the global health crisis kept him at home. As a result, he has put together a brand new album as the follow-up to Changes, and we’re hearing that people are saying this is the best album of his career, even over Purpose and Changes.

“Justin announced his tour will go out next summer and he’s really excited, but he’s actually been recording during COVID and made an entire new project. The album will have all new collaborators and the music is already blowing people away,” a friend close to Justin tells HollywoodLife.com EXCLUSIVELY.

“Justin has already shot music videos recently and his fans are in for a massive surprise. It’s a pop album, but it’s going to have amazing vocals, incredible stories, really worldwide smashes. The new music will be coming as soon as next month,” our insider adds.

Justin dropped Changes on Feb. 14, 2020. It was his first full length studio album since Purpose was released on November 13, 2015. Fortunately fans now aren’t going to have to wait over four years for new music, as he’s planning on the new album coming out before the end of the year.

Changes ended up coming out at the wrong time, but only by accident. A month after it was released, much of the U.S. was going into home lockdown due to COVID-19. Due to large gatherings being prohibited because of public health concerns, all major artists were forced to scrap touring plans for 2020, which would have promoted their new music. So Justin’s fans haven’t even seen any of his songs from Changes performed live in person yet. But they will when he hits the road in 2021, along with songs from his top secret new album!