The Justice Department has opened an investigation into the City of Phoenix and the Phoenix Police Department to determine whether police in the city have a pattern or practice of violating residents’ Constitutional rights.

The probe will assess whether officers engage in discriminatory policing, use excessive force, retaliate against people engaged in First Amendment-protected activity and unlawfully seize or dispose of items belonging to people experiencing homelessness. It will also examine the city and the department’s practices for responding to people with disabilities to determine whether their federal rights are being violated under the Americans with Disabilities Act.

The city’s police department has faced criticism over its handling of protests and over police shootings, including in 2018 when a report found the city had the most officer-involved shootings in the country (44), which was more than double the city’s numbers in 2017.

An analysis by The Arizona Republic documented a drop to 15 police shootings in 2019, but another increase to 26 police shootings in 2020. The paper’s analysis found people of color were shot at higher rates than White people, and that officers most often used deadly force while in mostly Black and Hispanic communities last year. 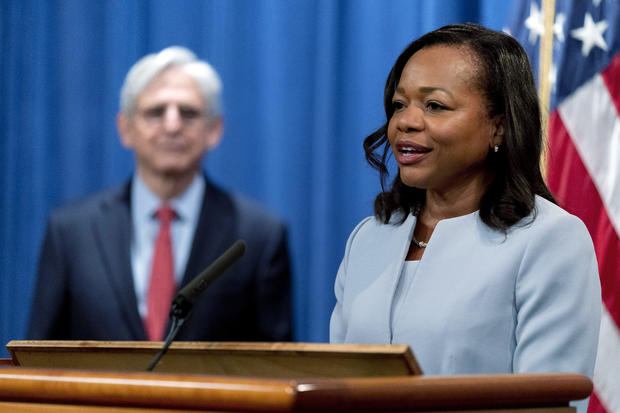 The Justice Department will also determine whether “sweeps” targeting people experiencing homelessness and seizing their belongings violate 4th and 14th amendment rights. Federal officials say they will work with the city, the department and the community to determine whether there’s reasonable cause to believe Constitutional violations are happening, said Kristen Clarke, the assistant attorney general. If they do, the Justice Department will issue a report describing its findings and then work with local authorities on solutions. The department would be authorized to seek remedies to any Constitutional violations through litigation.

Federal officials say the investigation is the 73rd it’s conducted under the Violent Crime Control and Law Enforcement Act of 1994, which authorizes federal officials to use civil litigation to remedy patterns and practices of Constitutional violations by state or local governments. Similar investigations have been recently launched in Minneapolis and Louisville.

“When we conduct pattern or practice investigations to determine whether the Constitution or federal law has been violated, our aim is to promote transparency and accountability,” Attorney General Merrick Garland said in a statement. “This increases public trust, which in turn increases public safety. We know that law enforcement shares these goals.”

Phoenix Mayor Kate Gallego and Phoenix police Chief Jeri Williams are supportive of the probe, Clarke said. DOJ officials will meet with command staff as well as community members to determine their experiences with officers and review training, policies, body-worn cameras, incident reports and other documentation, Clarke said. The investigators will review systems of accountability, how complaints are investigated and how discipline is imposed, Clarke said.

“One of the highest priorities of the Civil Rights Division is to ensure that every person in this country benefits from policing that is lawful, effective, transparent, and free from discrimination,” Clarke said. “Police officers across the country must use their authority in a manner that adheres to the Constitution, complies with federal civil rights laws and respects human dignity.”

Speaking later Thursday, Phoenix city manager Ed Zuercher and Police Chief Jeri Williams said they embrace the review. Both pointed to reforms already underway in the city, such as outside use of force and training assessments and the rollout of bodyworn cameras, but said they are open to another opportunity to improve. Zuercher also pointed to $15 million in new city funding that will allow for specialists, rather than police, to respond to people experiencing behavioral health crises.

“I know good officers do not want to work in a system that allows for bad practices, and our community expects and deserves a high-quality police department with officers committed to justice, fairness and respect,” Zuercher said.