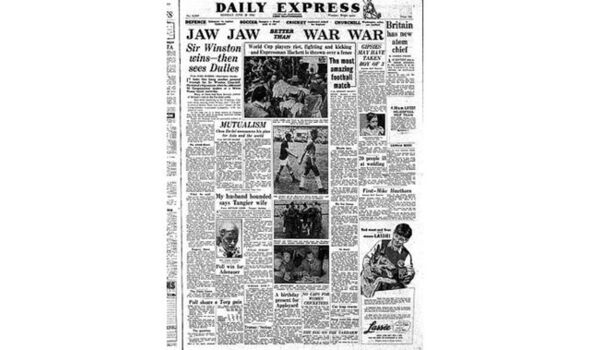 Many of the attendees had been critical of Britain’s role in the Far East crisis. However, our Prime Minister had won them over, especially with his mantra of “jaw jaw is always better than war war” as Congressmen expressed sympathy with his point of view.

62 years ago (1960) Forty-five miners died in an explosion at the Six Bells Colliery in Monmouthshire, Wales.

An investigation into the tragedy, one of the UK’s last big mining disasters, found the likely cause of the blast was a build-up of gas ignited by a spark from a falling stone.

53 years ago (1969) The Stonewall riots began in New York, marking the start of the gay rights movement.

A police raid at the Stonewall Inn, a popular gay nightspot in the Greenwich Village area of the city, kicked off five days of rioting as members of the gay community and locals fought back against police brutality.