She definitely didn’t make friends with this guy.

Jennifer Aniston had an awkward exchange on a British TV show when the host made her visibly upset by clumsily interrupting her comments and accusing her of not being a morning person.

The former “Friends” star, 52, was on “The One Show” Wednesday discussing what it was like filming Season 2 of her Apple TV+ drama, “The Morning Show” — in which she stars alongside Reese Witherspoon — when she got cut off by presenter Jermaine Jenas.

The look Aniston gave him could have stopped a clock — and it also brought social media to a standstill as people debated whether Jenas, 38, was in the wrong or Aniston was overreacting.

The cringe-fest began as Aniston appeared remotely on the chat program with Witherspoon, 45, and got to talking about what it was like to film scenes in the early-bird hours of the morning. 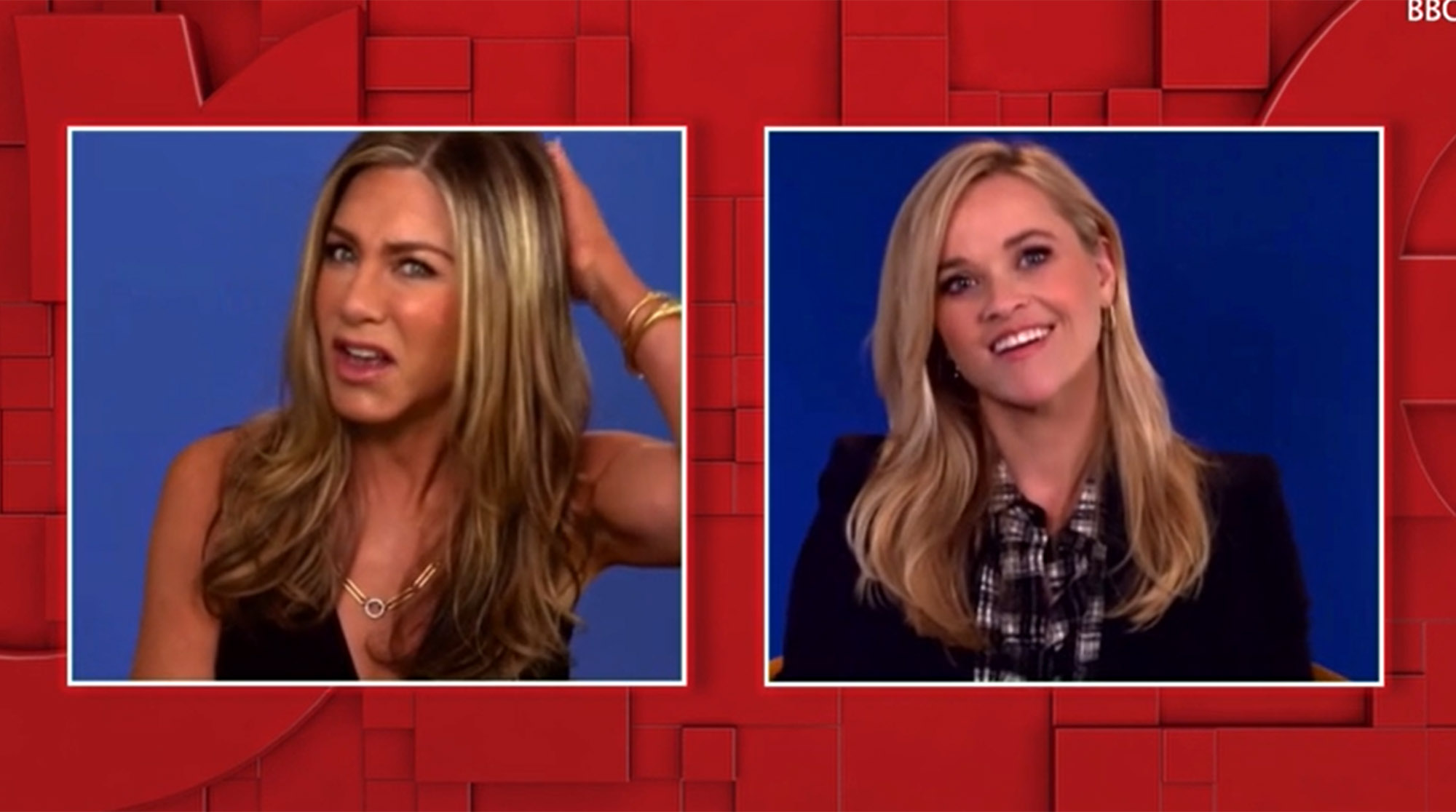 “I learned the slow burn that it is. It’s a very vampire state of life and mind that you guys live in. Everybody comes alive in the middle of the night, and it’s a slow-moving train,” Aniston said.

“I got there at 5 in the morning and the hallways were quiet and people are just slowly waking up, and then all of a sudden, the train starts moving and it gets crazier and crazier. It’s utter chaos.”

That’s when Jenas interrupted Aniston to ask Witherspoon a question while insinuating that Aniston doesn’t like getting up early.

“Reese, I’ve got to be honest with you, Jennifer’s pretty much sold it to me that she’s not a morning person,” he said, to which Aniston appeared stunned. 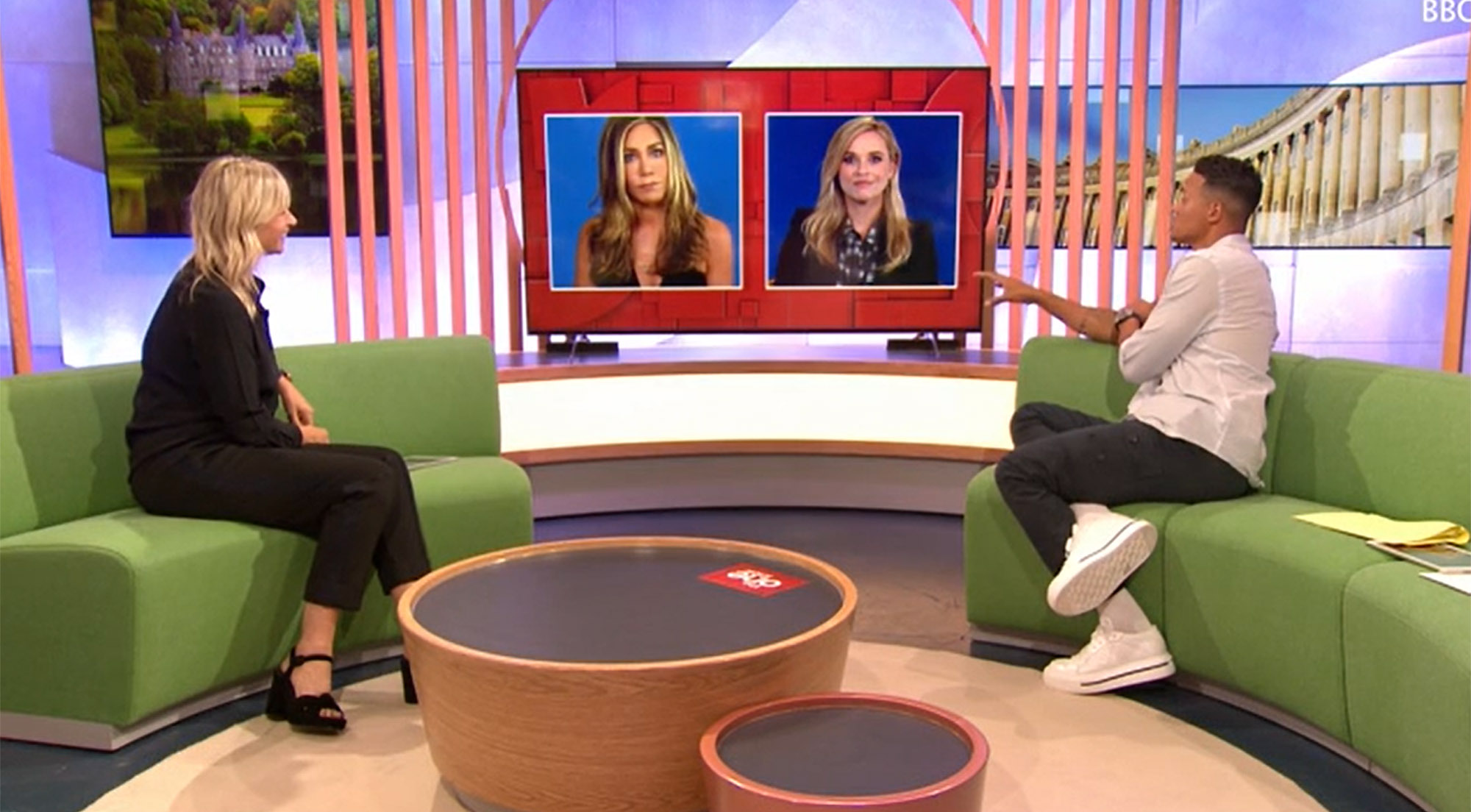 “Did I sell that to you?’” Aniston uncomfortably asked, to which Jenas responded, “A little bit, a little bit.”

“Did I get a good deal?” the actress snapped back.

Jenas, a former English soccer player, then laughed awkwardly and tried to move forward with his conversation with Witherspoon, abruptly saying, “So, what about you, Reese?”

Witherspoon seamlessly continued the conversation amid the discomfort, telling the host, “No, I’m definitely a morning person. Jen and I talk about this all the time. I’m the morning person and she’s more of a night person.”

She added, “So, it actually works out because I do kind of the early morning scenes, and then by 4 o’clock I’m toast, and then Jen starts around 11 and 12, and then she can do the night scenes because I can’t even think straight past 4 p.m.” 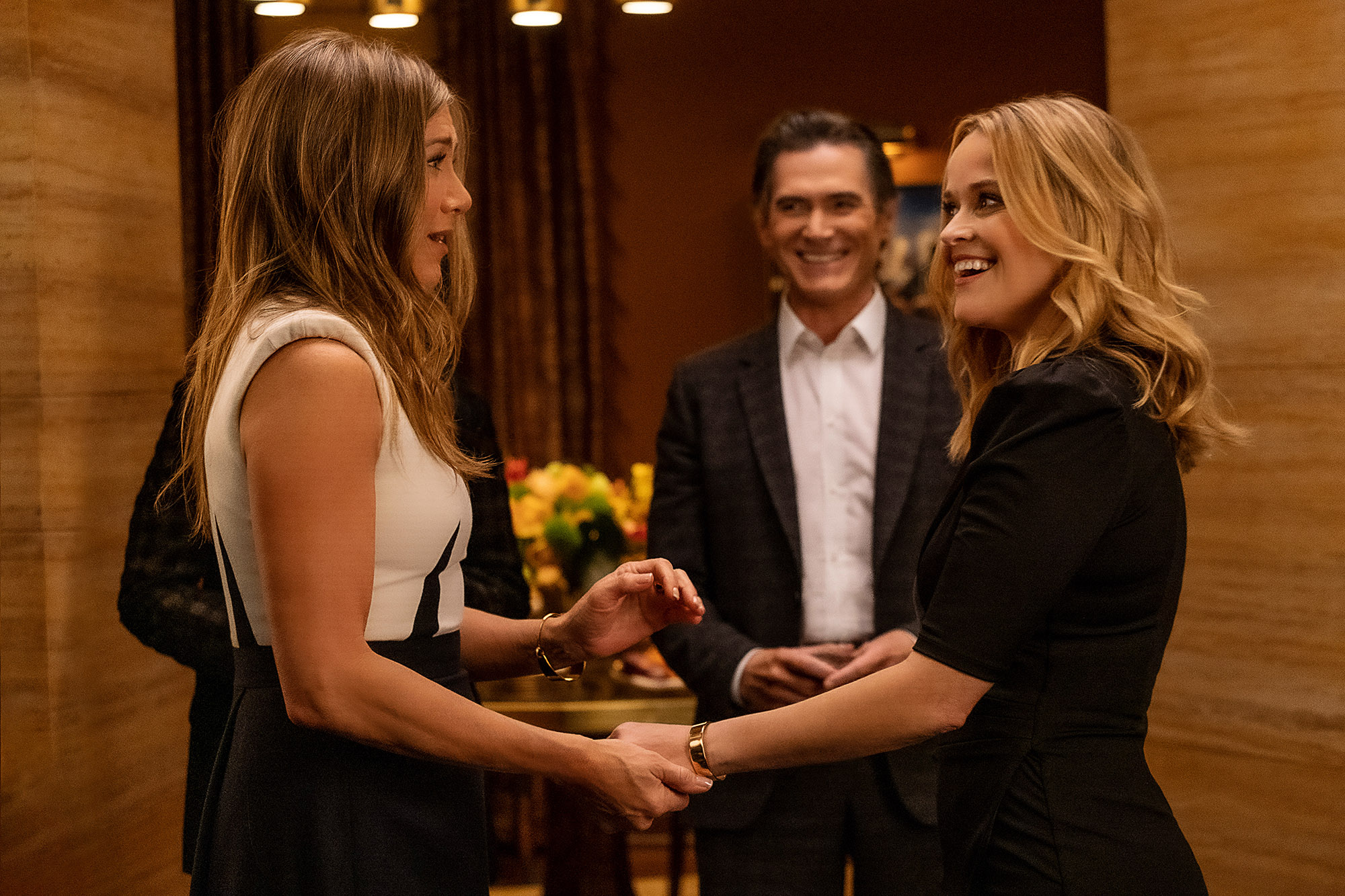 Some viewers quickly took to Twitter to rip into Aniston for the way she responded to Jenas’ comments.

“Did anyone else catch Jennifer Anniston’s [sic] negative reaction to the male presenter regarding the morning person bit? Awkward,” one person tweeted, while another added, “Jennifer Anniston’s ‘tude in this interview is cringe. She keeps on looking to the side awkward #theoneshow.”

“Am I sensing a wee ‘attitude’ here? #TheOneShow,” a third viewer agreed.

Others, however, defended Aniston and argued that Jenas was the one in the wrong.

“#TheOneShow sorry but I don’t think #JenniferAniston was rude at all and it’s rude to cut someone off when they’re talking, people need to chill,” a viewer wrote.

“Jermaine dying on his arse trying to interview Jennifer Aniston,” another added.