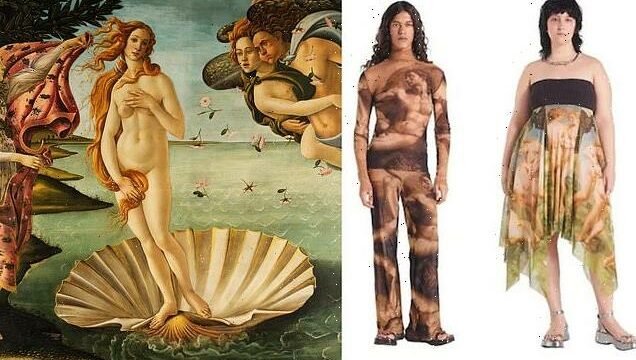 Jean Paul Gaultier may be facing a legal battle after an Italian gallery accused it of using Renaissance artist Sandro Botticelli’s works in its new designs without asking for permission.

Uffizi Galleries, based in Florence, has alleged the French fashion house printed works from Botticelli’s The Birth of Venus collection on a new clothing line, which first appeared in Spring this year. 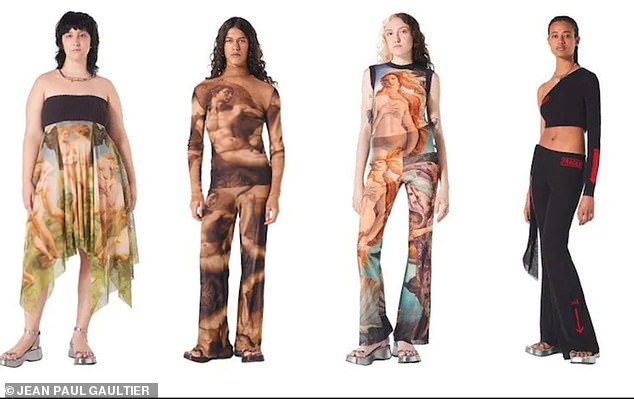 The Jean Paul Gaultier collection has been slammed by the Uffixi museum in Florence, Italy, for its collection using prints from Botticelli’s The Birth of Venus

The artwork depicts the goddess Venus arriving at the shore after her birth. She is fully grown and floats on the water on a shell, while her long hair is wrapped around her body.

The God Zephyr, accompanied by another female, hovers with wings above Venus and blows towards her.

The Jean Paul Gaultier collection, which debuted in Spring of this year, also features prints from Paul Rubens’ The Three Graces, painted in 1635 – wich hangs in the Prado Museum, Madrid.

The Italian gallery first raised objections against Jean Paul Gaultier’s clothing line when it first appeared in the Spring, The Telegraph reports.

Uffizi wrote to the French fashion house demanding it either stop selling the line or communicate with them to reach an arrangement in which it would pay the gallery to use the images. 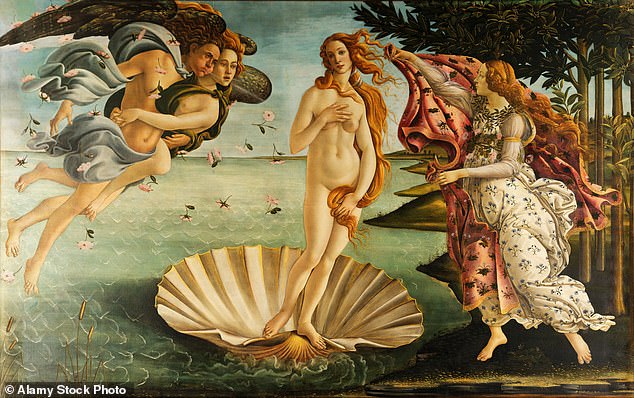 The Birth of Venus, thought to have been painted in 1485, depicts the goddess shortly after ‘birth’, but fully grown, arriving at sea on a giant scallop shell

In a statement, the gallery said: ‘The famous fashion house has used images from the immortal masterpiece kept by the Uffizi in order to produce a line of clothing, advertising the products on its website and social media channels.

‘But it has done so without requesting permission, agreeing on how the images would be used or paying a fee,” as is set down under Italian law.

‘Faced with such “illicit behaviour”, the museum has now embarked on legal action against what it calls the “illegitimate” clothing collection, and is demanding financial compensation.’

At the time, the gallery, alongside the Lourvre in Paris, launched legal action against the adult site for rights infringements.