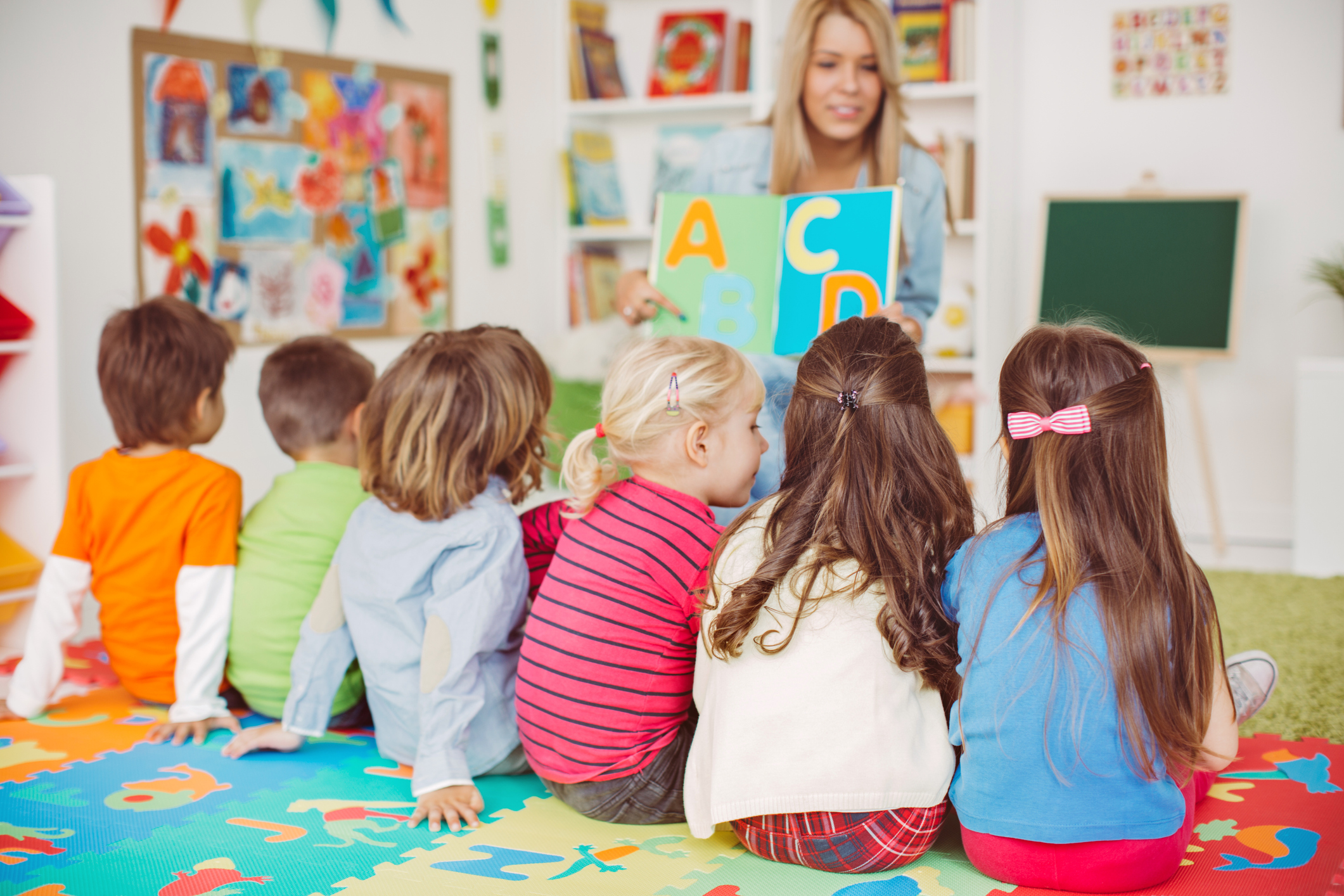 ‘The children will plant their own vegetables in reception, which they will then eat the next year,’ the teacher explained.

‘They’ll go to the local shop, learn how to count out money, visit the children’s book library in the city centre, and we hatch eggs – in the past we’ve had chickens and ducks.’

As she told all of the gathered parents how they organised to have dance teachers come in and give the children lessons, I couldn’t have been more excited for my four-year-old son, Theo. He was starting at this school in just a few weeks and it sounded so exciting – and completely different to my experience of primary school.

‘They start with a week of half-days, to ease them in and get them used to their new environment and one another,’ she continued.

The dad next to me snorted. As I looked over, he shook his head smiling. ‘I don’t know why they baby them so much now,’ he whispered. ‘In my day, they just dropped us off and we started straight away.’

A total people pleaser, I desperately wanted to nod and roll my eyes back at him – but I just couldn’t.

Ever since I’ve become a parent, I’ve come to hate that phrase. ‘Back in my day.’

‘Back in my day, children weren’t allowed to leave the table until they’d cleared their plates.’ ‘Back in my day, they would’ve seen the back of my hand if they’d spoken back like that.’

‘Back in my day, children didn’t have mobile phones.’

People regularly insist that it was better when kids left the house on their bikes and didn’t come back until the street lamps came on; when there were no computers or tablets for them to play on.

And although I am worried about raising children in a world with social media and the instant gratification of Amazon and Netflix, I’m still not too convinced we should be looking at the past with such rose-tinted glasses.

Just because that was your experience doesn’t mean that in 2022, in one of the wealthiest countries in the world, people should be forced to live like that now

I remember when my nephew was going through a stage when he was terrified of food. He literally cried when his dad offered him a sandwich. My sister would beg and shout and do anything in her power to persuade him to eat.

My dad would shake his head. ‘I hated food when I was his age too,’ he told us. ‘My dad used to force me to stay at the table every Sunday to finish my roast dinner and from Wednesday, I’d feel sick because I knew it was coming. There would be screaming, shouting; it was the worst day of the week.’

Were all of those days of dread and fear and arguments really worth it for a child to eat food they didn’t want or like? Plus, we all know these days it’s far healthier to stop eating when you’re full, rather than when your plate is empty. So many of us having developed an unhealthy relationship with food because of that exact rule.

My dad has also told us about his school – where caning was still used on the boys. He certainly doesn’t look back at that day with great fondness.

Similarly, my husband vividly remembers his first day at school – because he was so scared and had to be pulled away from his mum in floods of tears. It went on for weeks. Is that what we should be aiming for, rather than giving our children time to adjust?

It’s like the cost-of-living crisis. Whenever I read an article on how some poor person is struggling to feed both their children and themselves, and how they’re maybe only having one meal a day, or surviving on leftovers, there is always, always, the inevitable comment underneath. ‘Back in my day, we only ever had one meal a day – and we never had the heating on.’

But surely that wasn’t good back then either? Just because that was your experience doesn’t mean that in 2022, in one of the wealthiest countries in the world, people should be forced to live like that now.

Parents are often called ‘snowflakes’ for listening to their children, for allowing them to make their own decisions, for supporting them in big life changes – like starting school. Personally, I don’t mind being a snowflake if it means raising a child who is a well-adjusted, well-rounded individual.

After all, if we look at today’s society, the biggest killer of men under 40 is suicide. Depression and anxiety are at an all-time high. Two women a week are killed by their partner. Institutionalised racism remains rife. All kinds of prejudice abound.

Should we not want more for our children? And now that we’re more aware and knowledgeable about mental health, surely we should adjust our ways of parenting, in the hope of improving the lives of our future generations?

Maybe, rather than just looking back at the past fondly, we should learn from it and improve upon it?