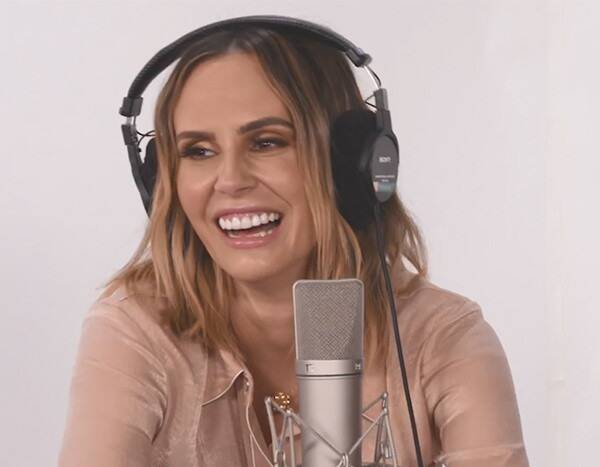 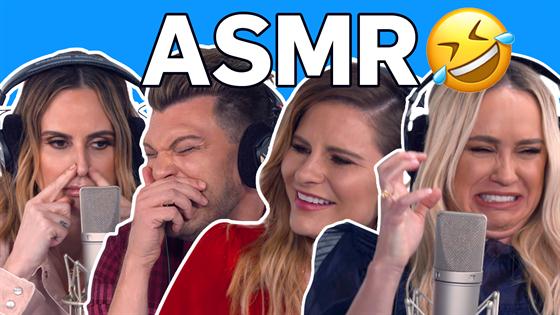 Not your average sensory triggers, that’s for sure!

As usual, Keltie Knight, Becca Tobin and Jac Vanek are doing things their own way in this absurdly entertaining video mediated by E!’s What the Fashion host Justin Martindale. With LADYGANG‘s season finale just a few days off, the gals finally sit down to address their male viewers’ “most-asked” questions in this slightly NSFW honesty hour meets ASMR shtick. Fair warning, those familiar with the increasingly popular video genre (which generally sees its on-camera subjects performing everyday tasks at wildly low decibels and/or speaking in hushed tones as a means of relaxing viewers) have never seen ASMR done quite like this before.

Over the course of the video, the ladies field a whole string of inquiries without ever missing a beat—or raising their voices above an emphatic whisper. That’s probably not super easy to do either, since the questions Justin has on-hand range from “Is there ever a good time to send nudes?” to “Do you care if a guy has ever paid for sex?” to “Is it weird how much guys like boobs?”

Keltie’s not sure there’s ever a good time for penis pics and she doesn’t know where she stands on the whole “paying for sex” thing. But it sounds like she could be flexible: “Is he having sex? Or a lap dance?” she whisper-asks, and Justin promptly clarifies it’s the former. Keltie’s still not set on an answer, though. “Do I know about it?” she continues. “If I know about it, I’m mad. If I don’t know, I don’t care.”

“If you don’t know, you just don’t know!” Jac points out. Sound logic for sure, but Chris Knight‘s wife of six years can’t overlook the possible silver lining here.

“Someone has to f–k my husband! I don’t want it to be me,” she quips, echoing a similar comment from Becca (who’s also been happily married since 2016) earlier on in the video. Ironically, the zinger comes after Justin asks the trio to name their “favorite part” of a man’s body, which turns out to be a no-brainer:

“His wallet!” Becca cracks, before Keltie quickly follows up with some faux-love for “a good earlobe.” Jac likes herself a “nice, big strong hand,” but Keltie’s only into that if there’s “a wedding ring on it.”

Watch the season finale of LADYGANG this Sunday at 11 p.m., only on E!