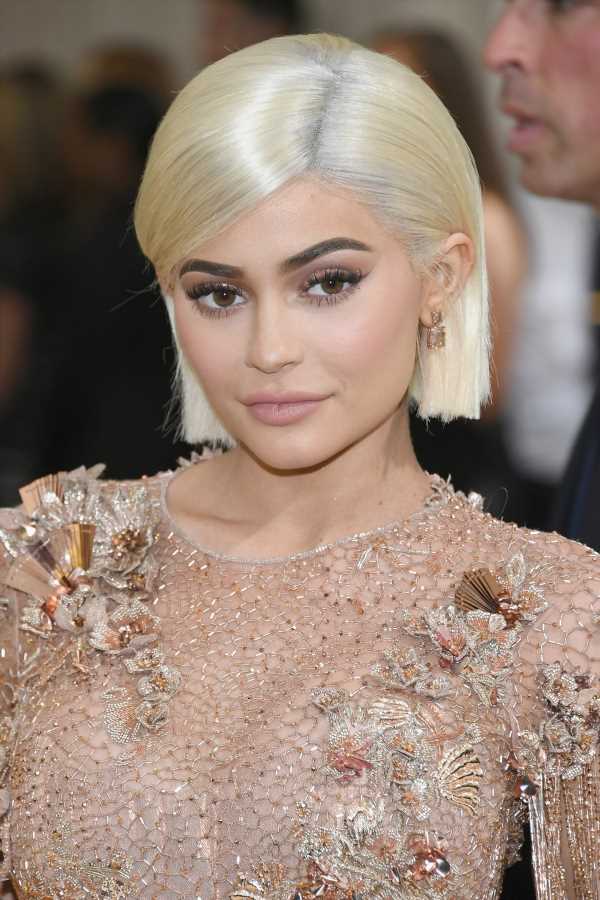 Fans never know what they’re going to see on Kylie Jenner’s Instagram Stories. Will it be the makeup mogul revealing her latest line of makeup products? Will it be her and boyfriend Travis Scott getting a new car, or maybe getting matching tattoos? Honestly, it could be anything. On May 2, Jenner decided to keep things pretty casual. She was just talking about feeling sick. Totally normal. Not. Of course, like all her posts go, something has to be up — even if it’s super subtle. This time, fans are asking, is Kylie Jenner wearing an engagement ring?

Fans are really convinced that she could be. In Jenner’s IG video, she asks her fans if there’s a virus going around because she hasn’t been feeling well. While moving her hair back, her hand came into frame, revealing a massive, sparkling rock on her ring finger. You couldn’t miss it. It’s huge. Jenner hasn’t said anything about it yet, but since she’s had a history of not revealing major life events *cough* her pregnancy *cough* until months later, it’s no surprise that Jenner has decided to keep things on the down-low (or as down-low as you can get with Kylie Jenner) for now. Watch Jenner’s video below and tell me that it doesn’t look like there’s an engagement ring on her finger:

Being sick is the worst?

See what I mean? If that’s not enough to convince you, Jenner has been making some not-so-subtle comments on her IG about taking the next step in her relationship with Scott. For his 28th birthday, Jenner shared a post where she called him her "real life bestie & hubby." Hubby. Hmmm, I wonder what that means? According to Urban Dictionary, "Hubby is a word short for husband" or can be used to describe "a good boyfriend that you believe you are likely to marry."

"Hubby" might just be an endearing nickname she uses for Scott, but it looks like Jenner is serious about getting settled down. In the same post, Jenner got really honest about feeling some type of way about Scott right now. She wrote, "let’s f*ck around and have another baby."

watching you evolve into the partner, friend, son, and father you are today has been so fulfilling ♥️ my real life bestie & hubby all wrapped into one. i love you and I’m so so proud of you. happy happy birthday ?? let’s fuck around and have another baby. ?

The couple currently has one child together, Stormi Webster, who turned 1 year old in February, and she is adorable. Jenner kept her pregnancy a secret until after she gave birth to Stormi. She made the reveal through an Instagram post on Feb. 4, 2018, and then later through a YouTube video. The whole thing was pretty huge.

With all this baby-making talk, it’s just natural that Jenner would like to put a ring on it, right? Since she kept her pregnancy a secret for months and then only announced it after she gave birth, it makes me wonder when (or if) Jenner will reveal an engagement. After the wedding, maybe? That would be a totally Kylie Jenner thing to do.

For now, fans are happy with Jenner’s usual IG posts of Stormi and Kylie Cosmetics. As for if Kylie Jenner and Travis Scott are actually engaged, fans will just have to wait it out.