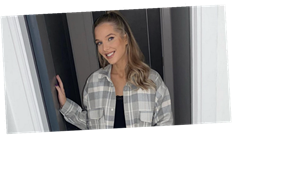 Helen Flanagan is adding a third child to her brood with fiancé Scott Sinclair after sharing the news at the end of September.

The Coronation Street actress, who took a break in 2018 to have her second daughter Delilah, also shares Matilda, with her footballer beau.

Helen has been documenting her pregnancy on Instagram and has shared updates about suffering from extreme sickness condition hyperemis gravidum and whether this will be their last baby.

Speaking to OK! Magazine she said about having more babies: "I’m just going to see how I feel after baby number three…!".

Get exclusive celebrity stories and fabulous photoshoots straight to your inbox with OK's daily newsletter . You can sign up at the top of the page.

Helen announced she was expecting her third child with fiancé Scott Sinclair on 21 September.

Alongside a number of photos of herself, and Scott, 31, smiling widely, their adorable daughters Matilda and Delilah stood in front of their parents each holding ultrasound scan images, with Helen standing side on to show off her blossoming baby bump.

In the caption the soon-to-be mum-of-three announced: “Our 3rd baby arriving March 2021 @scotty__sinclair” followed by a red heart emoji.

Helen's pregnancy news means she may not be returning to the Coronation Street cobbles for some time. The soap star left to give birth to second daughter in 2018 and admitted at the time she "didn't know" when she would return. Helen has been documenting her growing bump on Instagram and shared a sweet snap of her cradling her baby.

She wrote in the caption: "Thinking of you brightening up the greyist of days.[sic]"

Helen doesn't know what she and Scott will be having, telling OK! Magazine: "We’re not sure, we haven’t decided if we’re going to find out or have a surprise."

Helen opened up about how her pregnancy has not been plain sailing so far, as she was recently hospitalised with hyperemesis, a chronic sickness usually endured in the first trimester.

Helen got honest with fans about her difficulties with the condition as she posted two photos on her Instagram: "I’ve been a lot quieter on my social recently as I’ve had hyperemis gravidum. I had this with both girls but this time was on another level.

“I am so relieved to be over the worst and so very happy and so grateful for my baby. My mum has just been the best and I have no idea how I would have got through it without her!

“Scott’s been amazing with the girls and the nurses at the Royal Bolton Hospital were so lovely which I’m so grateful for. I just can’t wait to meet my little one so in love with them already."

The actress, who also suffered severe sickness in her previous pregnancies, told OK! Magazine at the beginning of October that she was “over the worst of it” and “dead excited” to add to her brood in March.

"I’m just glad that I’m over the worst of it and I can enjoy my pregnancy now. I’m really excited I’m going to have my third baby – you have to take the positives from it."