Adele Adkins’ fourth album might be her rawest yet. Charting the painful demise of her eight-year relationship (and two-year marriage) with Simon Konecki, 30 digs deep into the singer’s private life to some of her most expansive, cinematic sounds yet. The 33-year-old has always been frank about the goings-on in her life through her music – but never quite like this. 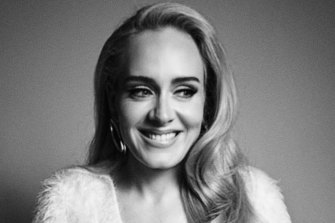 Maybe it’s the fact that the divorce wasn’t just about Adele and her ex – her nine-year-old son, Angelo, is also part of the fallout. The touching and revealing My Little Love, sung from mother to son, features recordings of conversations between Adele and the young boy – “I love your dad ’cause he gave you to me. You’re half me and you’re half daddy,” she sings – as well as voice clips of the singer sharing her mental state, presumably to a therapist. It’s so tender and personal that it almost feels wrong to listen to, like walking into something not meant for anyone else to witness.

As you’d expect from an Adele record, the breakup ballads are here in full force – lead single Easy on Me gave listeners a good taste of that. The fact that song broke records (it garnered 24 million streams in a single day) shows that audiences are still hungry for Adele’s big voice, which sounds more robust than ever, and bigger feelings.

An early tracklist reveal had fans excited for the potential of a track titled I Drink Wine (a mood in 2021!), but it’s less fun and much more harrowing than its name might have implied: “I hope I learn to get over myself/Stop tryin’ to be somebody else,” she sings. The sprawling, piano-led To Be Loved is a bare-all moment that perhaps goes on for a touch longer than it needs to. 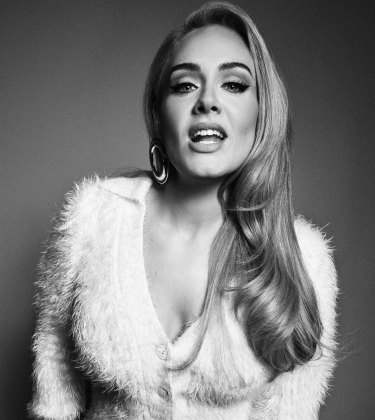 But it’s not all slow, sad songs. Elsewhere, Adele channels her long-time inspiration Amy Winehouse, as on Cry Your Heart Out. The upbeat number infuses elements of soul and doowop, recalling Winehouse’s Tears Dry on Their Own. The equally upbeat Oh My God sees two sides of Adele’s emotions meet: the sadness of letting go, and the anticipation for a new chapter (“I’m a fool, but they all think I’m blind/I’d rather be a fool than leave myself behind/I don’t have to explain myself to you/I’m a grown woman and I do what I want to do”). The singer straddles these worlds and sounds well, making 30 a well-rounded listening experience.

What is particularly interesting and moving about 30 is that it’s not about blame or pointing the finger – the songs are similar to Someone Like You, both stylistically and in the emotional maturity shown in those lyrics. They’re about reflection and gathering strength and courage to find a new path. Adele doesn’t hold back, either – six of the album’s 12 tracks are over five minutes long.

The singer has charted significant periods of her life through music, signposting them with her album titles – prior to now, 19, 21, 25. To grow up in the public spotlight like this must be a frighteningly vulnerable thing, but Adele has done it with grace, honesty and a real sense of authenticity.

For anyone going through similar experiences and feelings, particularly during a time of such great worldwide upheaval, 30 will be comforting, even inspiring listening – to reclaim oneself in the face of change and sadness. The themes can feel a little repetitive at times, but healing is a little bit like that: you do the hard thing, then you do it again, and again, until it becomes as natural as breathing.