A MUM spent two weeks planning her own funeral after ignoring the signs of bowel cancer.

Tasha Thor-Straten, 49, brushed off the blood in her stool as a symptom of "work or parenting stress". 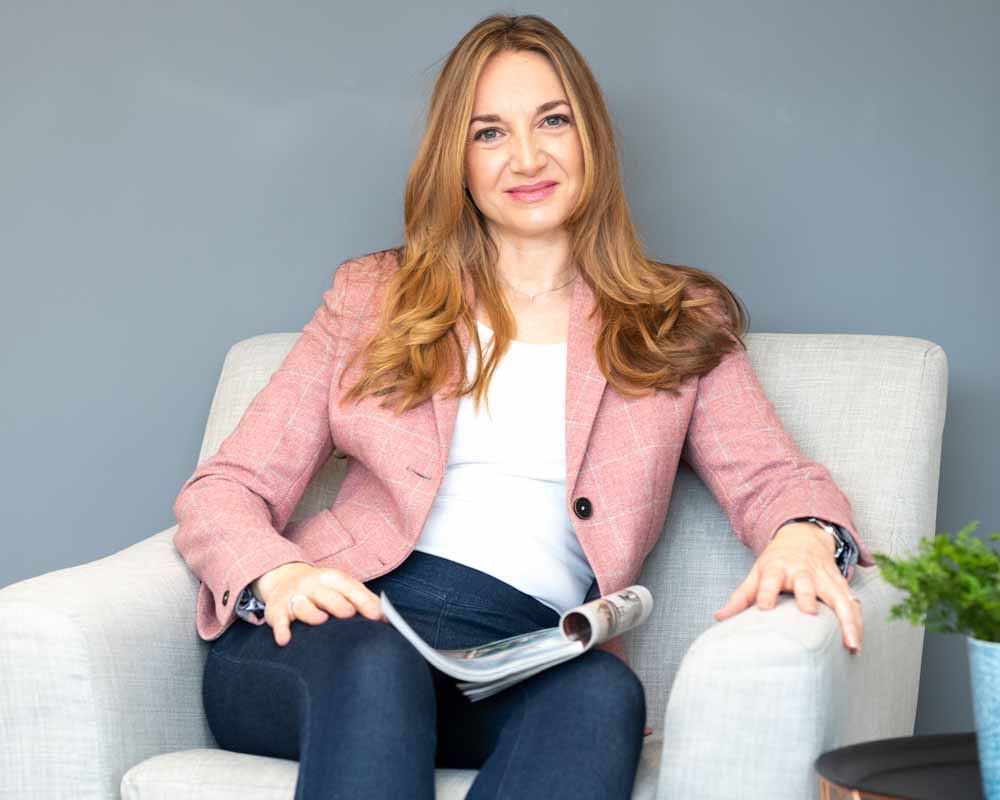 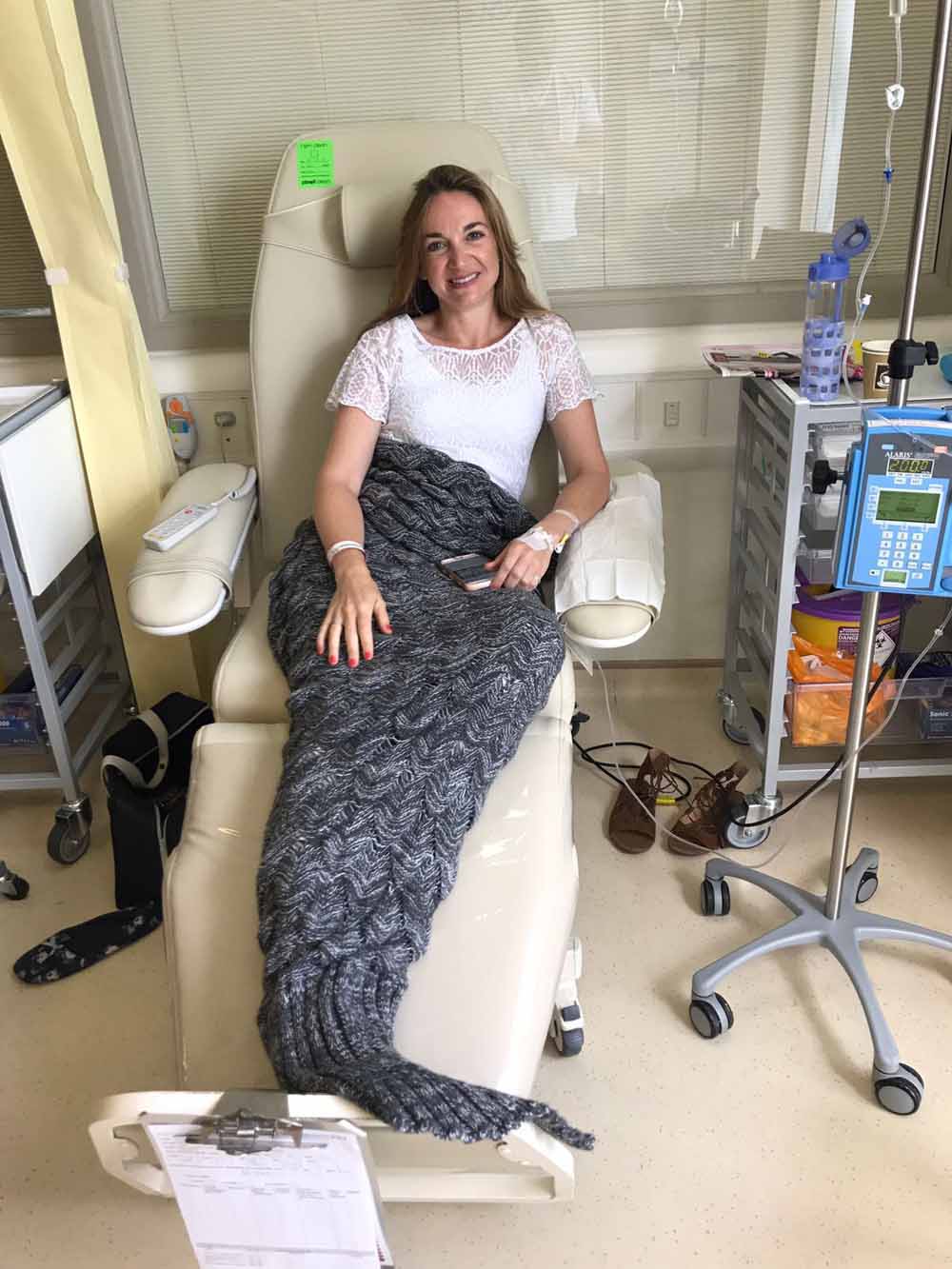 But, when the blood became "too much to bare", Tasha reluctantly went to the GP – who referred her for a colonoscopy.

Two weeks later, the mum, from Rochford, Essex, was told she had terminal bowel cancer, which had spread to her lungs.

Devastated Tasha returned home and began planning her funeral until test results one-year on offered a window of hope.

The mum received treatment for stage 3 cancer after the lung nodules doctors spotted were found to be benign. 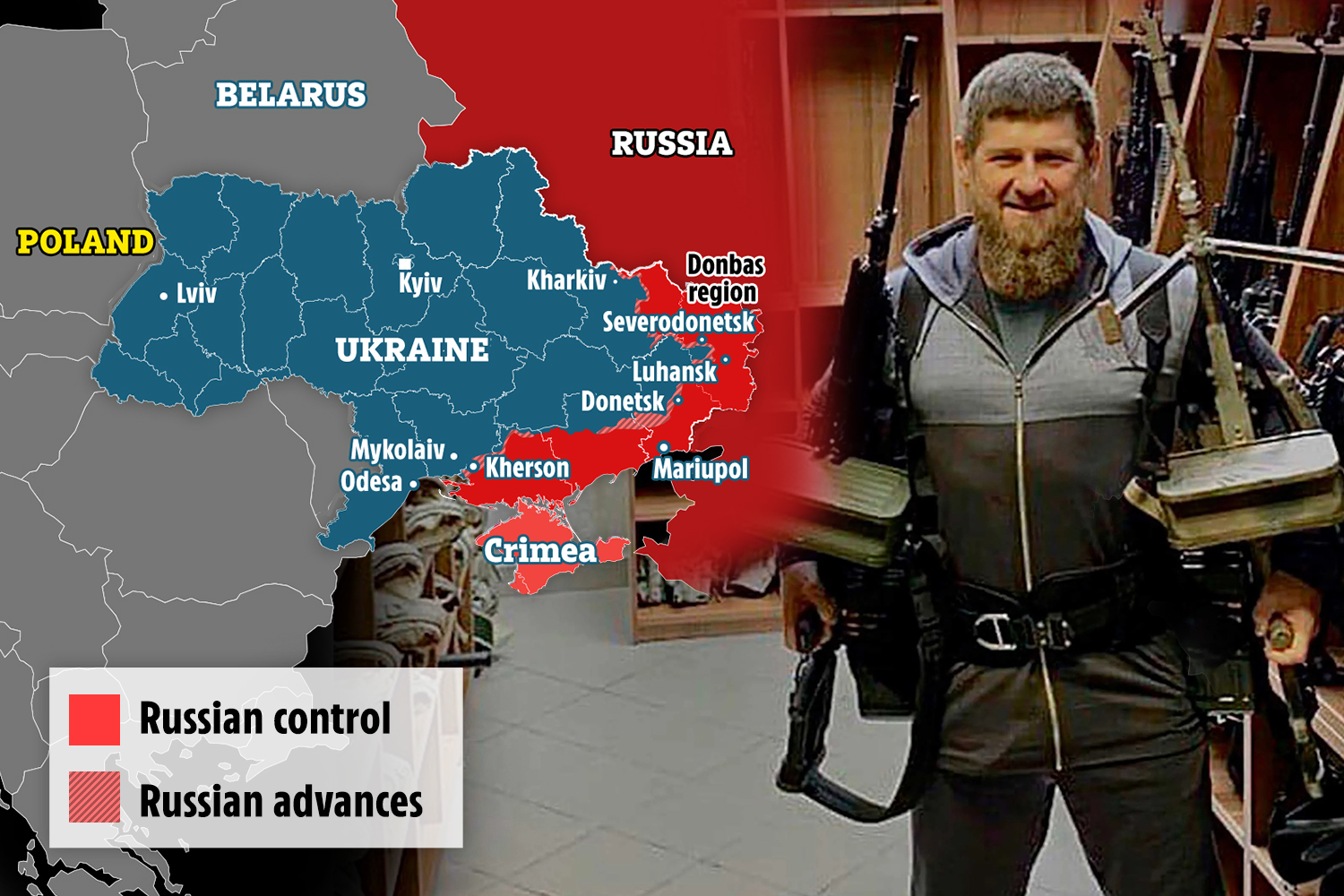 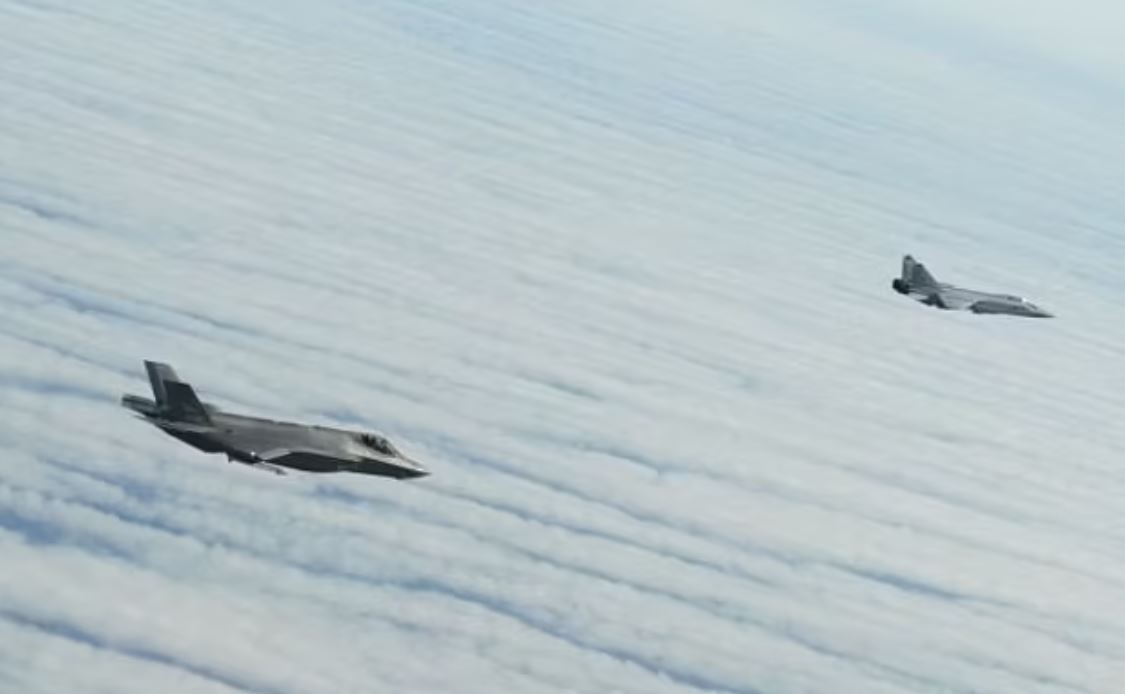 She received four rounds of chemo – during which Tasha contacted Dame Deborah James for support.

The Sun's stellar columnist Dame Deborah, known online as Bowel Babe, was this month awarded a Damehood for her "tireless campaigning" to raise awareness of bowel cancer.

Addressing her own battle with cancer, Tasha said: "I can’t describe the feeling when someone tells you that you have a terminal illness.

"I was only 44, with young kids and a new relationship and suddenly the rug was being pulled from under my feet.

When will I get the £650 one-off cost of living payment?

“I feel incredibly lucky to still be here today, which is why I now work as a life coach helping other cancer patients to understand things like how their diet can improve their health during treatment.”

Tasha – who had moved in with her new partner Russ shortly before her diagnosis – told how she ignored the signs of bowel cancer.

She added: "I was ignoring the blood in my stools.

"I didn’t think anything of it and I assumed it was just down to things like work or parenting stress.

"I went to my GP surgery twice and chickened out on saying anything because I was scared about the process and what might happen next.

"When I look back on that time, there were other symptoms, such as pain in my stomach when exercising and lower back pain, but I put this down to over-exertion.

"It wasn’t until Christmas 2016 that the blood loss was becoming too much and I reluctantly went to the doctor who referred me for a colonoscopy."

Just two weeks after her colonoscopy, on January 27, 2017, Tasha was brought in for her results.

She was told she had terminal bowel cancer which had spread to her lungs – and was offered palliative care.

“It was utterly shocking and devastating," Tasha added.

“It never occurred to me that my symptoms could be bowel cancer. I was fit, healthy and took care of my diet and there was no history of it in my family.

“To find out that not only was it cancer, but that I was going to die from it was almost too much to bear.”

But things took an unexpected and very welcome turn for the better when Tasha returned to hospital for further results in February 2017.

She said: “On further inspection, while I do have lung nodules, the doctors discovered they are not cancerous. Just like that, I was given a window of hope.”

Told she had stage 3 cancer, because of her new results, she was eligible for invasive and potentially lifesaving surgery.

She said: “There was no time like the present.

It never occurred to me that my symptoms could be bowel cancer. I was fit, healthy and took care of my diet and there was no history of it in my family.

"I went in for my operation on February 28. They cut out the part of my bowel where the cancer was, which was about a 35mm tumour and then they had to put my bowel back together again."

The surgery was a success and, following a few weeks of recovery, Tasha started chemotherapy.

She said: “I didn’t cope well with the first couple of rounds of chemotherapy, so my doctors extended the length of time in between to give my body more time to recover.

“Still, my side effects were severe, including extreme tiredness, sadness, nerve pain and a negative reaction to sunlight and the cold."

It was during this treatment that she contacted Dame Deborah James.

She said: “I saw on social media that she was struggling to sleep due to treatment. I was going through the same thing, so I messaged her.

“It was really nice to talk to someone who understood exactly what I was going through. She offered me some nuggets of advice and it was a real comfort.”

In August 2017, Tasha was officially given the all-clear from cancer.

The signs of bowel cancer you need to know – remember BOWEL

There are several possible causes of bleeding from your bottom, of blood in your poo.

Bright red blood could come from swollen blood vessels, haemorrhoids or piles, in your back passage.

Dark red or black blood could come from your bowel or stomach.

Blood in your stools is one of the key signs of bowel cancer, so it’s important to mention it to your doctor so they can investigate.

It’s important to tell your GP if you have noticed any changes in your bowel habits, that lasts three weeks or longer.

It’s especially important if you have also noticed signs of blood in your poo.

You might notice you need to go to the loo more often, you might have looser stools or feel like you’re not going enough or fully emptying your bowels.

Don’t be embarrassed, your GP will have heard a lot worse! Speak up and get it checked.

This is less common than the other symptoms, but an important one to be aware of. If you’ve lost weight and don’t really know why, it’s worth mentioning to your GP.

You may not feel like eating, feel sick, bloated and not hungry.

Bowel cancer that causes bleeding can cause a lack of iron in the body – anaemia. If you develop anaemia you’re likely to feel tired and your skin might look pale.

As with lots of other forms of cancer, a lump or pain can be a sign of bowel cancer.

It’s most likely you’ll notice a pain or lump in your stomach or back passage.

See your GP if it doesn’t go away, or if it affects how you eat or sleep 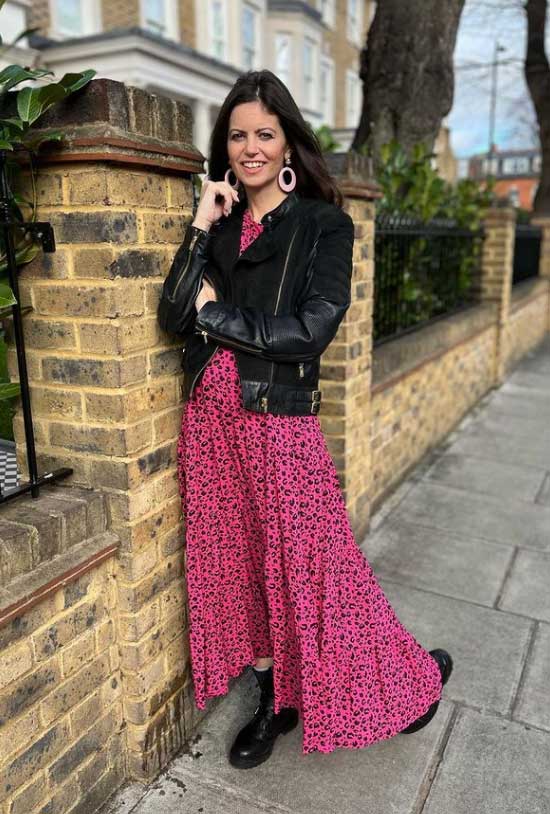 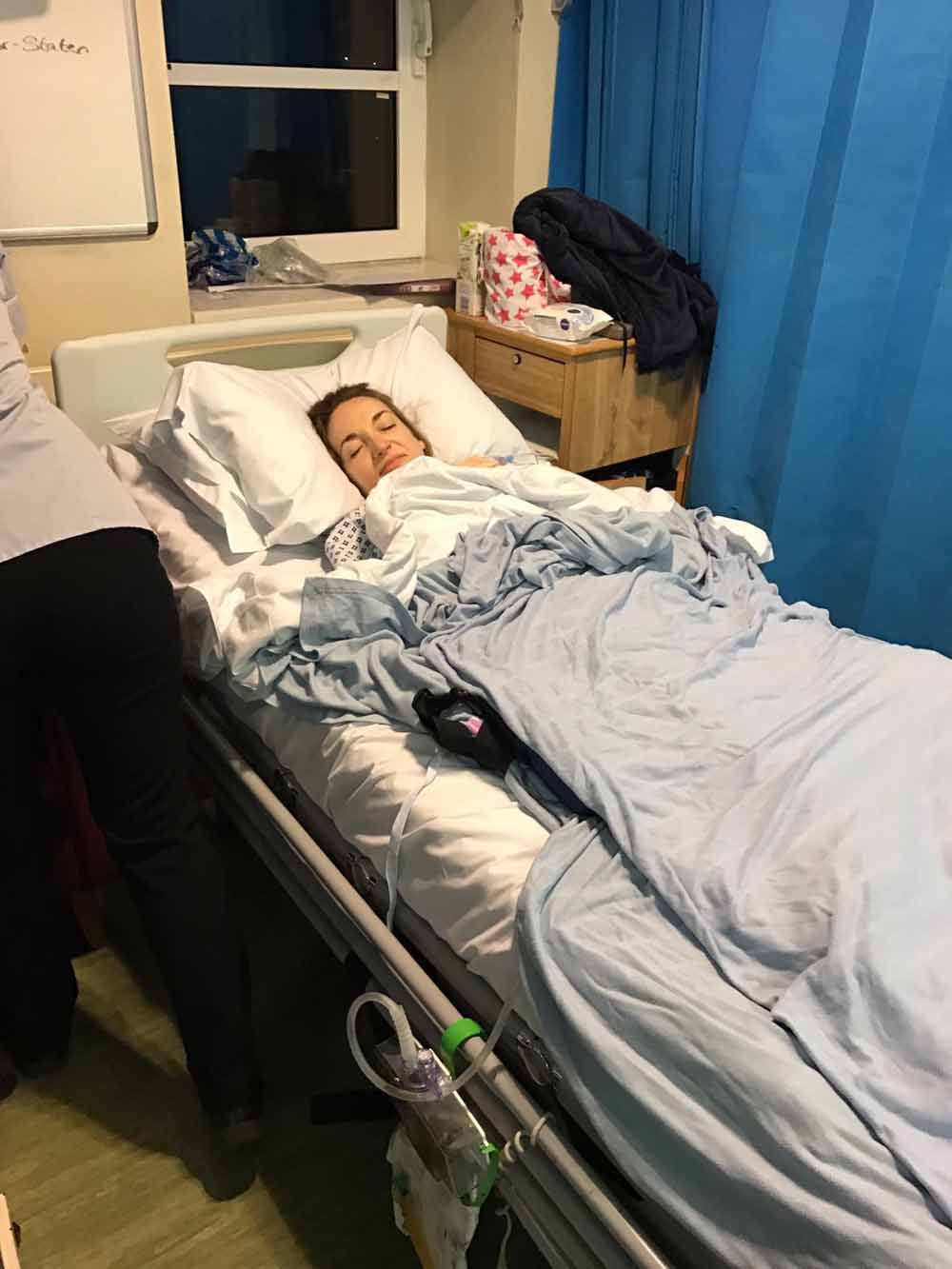 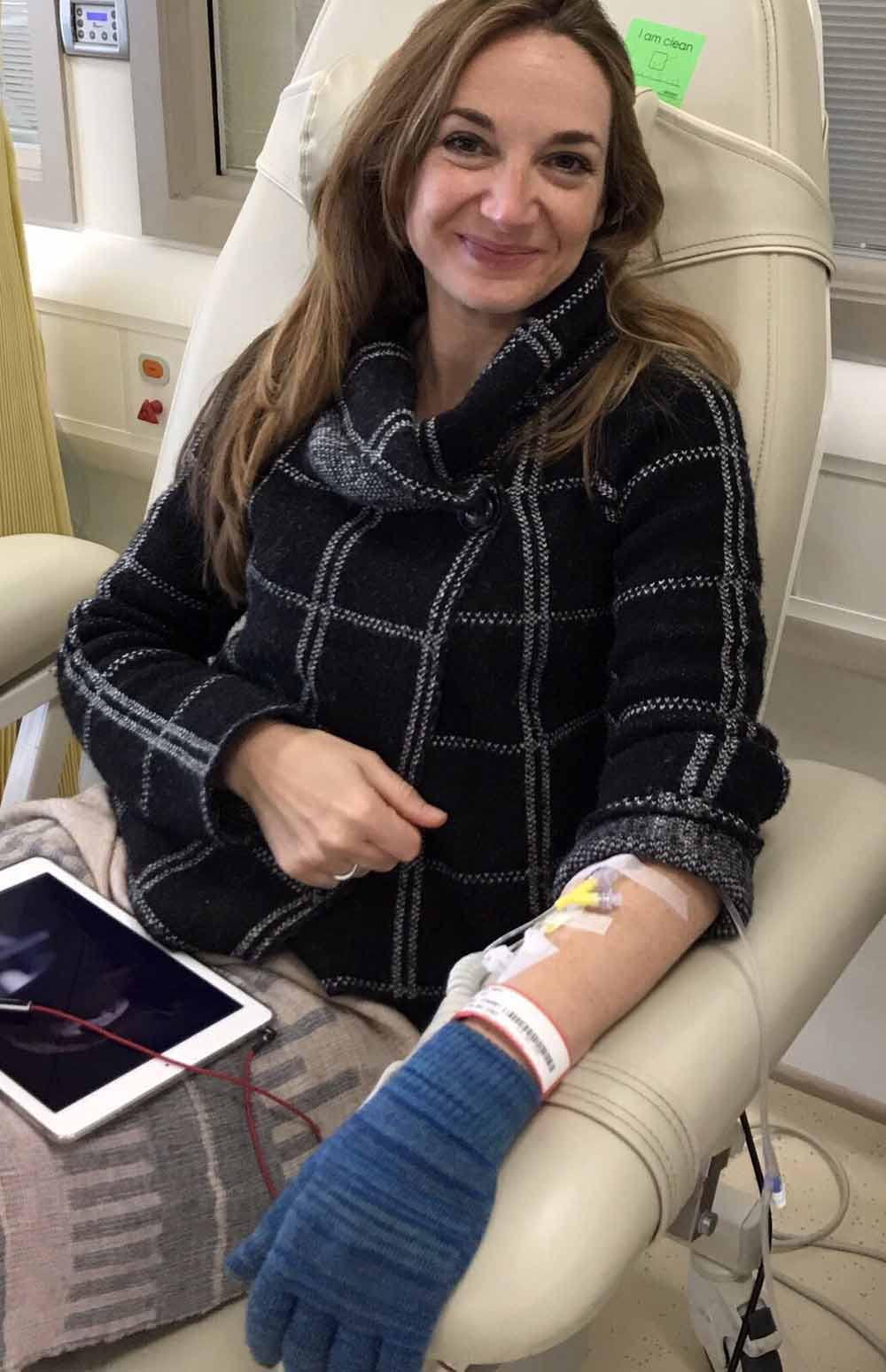