EASTENDERS star Shona McGarty says she is ready to find love in 2022 after two years being “very ­happily single”.

The 30-year-old actress — who has played feisty Whitney Dean since 2008 — is now “moving ­forward” after ­amicably parting ways with fiancé Ryan Harris. 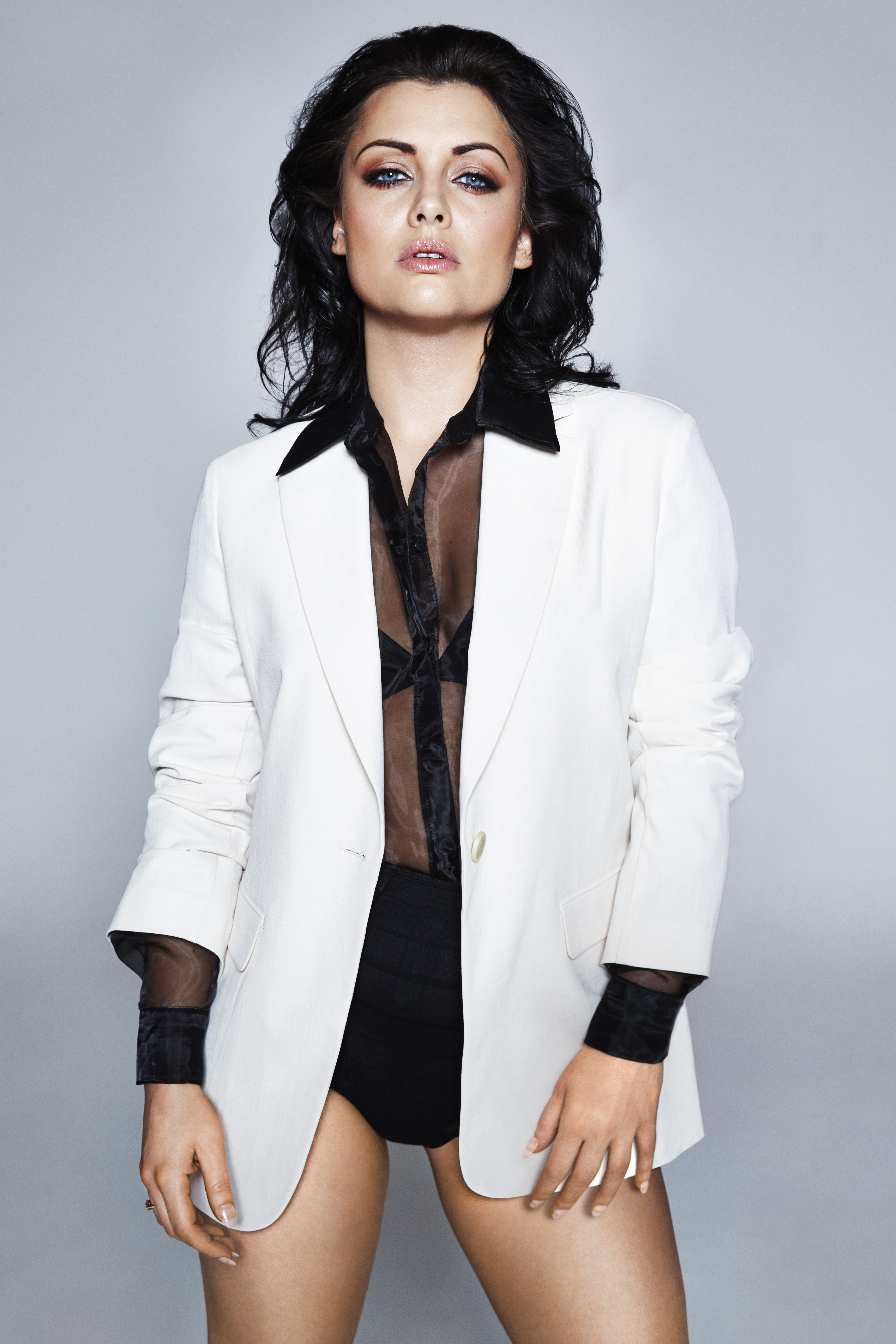 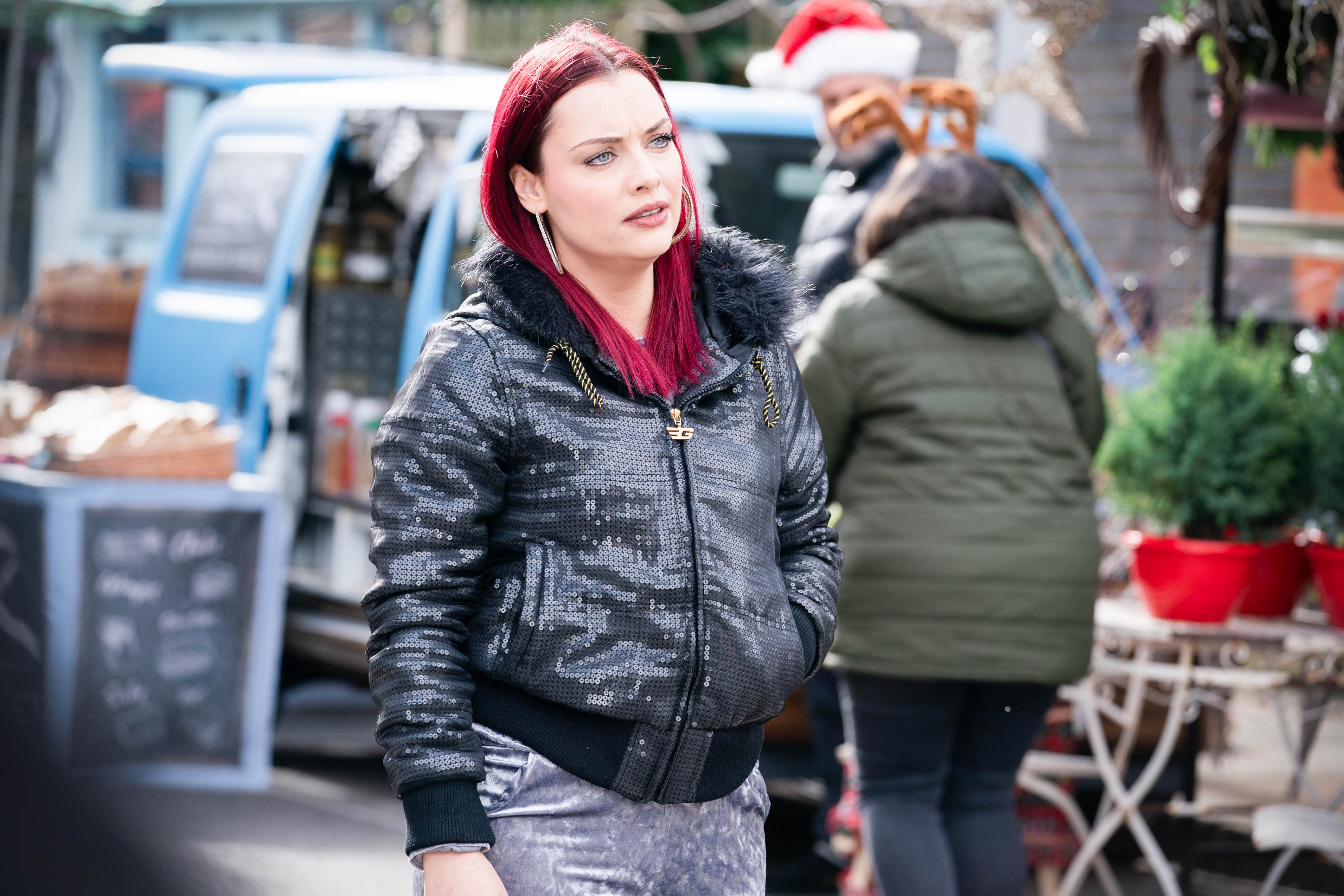 But Shona is adamant that she won’t be resorting to a Tinder profile to help her find romance, as she wants to meet someone in person.

She said: “I am single, so I’m not swapping presents with anyone just yet. But we’re approaching a new year and I’m 30 now, so who knows?

“I think that you have to be in a good place to meet someone that’s good for you, and I’m really happy at the moment. So whatever ­happens, happens.

“It’s been quite hard to date this year, and I’ve actually never been on a proper date, because I find it awkward. I prefer it when things are natural.

“Tinder is just not for me. What would I put on the profile? ‘Likes ­eating Monster Munch in bed? Takes long baths?’ Forget swipe right, they’d delete the app.

“A few of my good friends have met people online and stayed together and had kids and everything, but it’s not for me.

“I’m much more of a people person, I like to meet someone in real life.”

Asked if she regrets calling off her engagement to Ryan, Shona said: “No. I’m just moving forward, I’m busy working. It was a long time ago, it was amicable and the right decision at the time.

“At the moment I’m just enjoying my own company and looking forward to a cheeseboard at Christmas.” 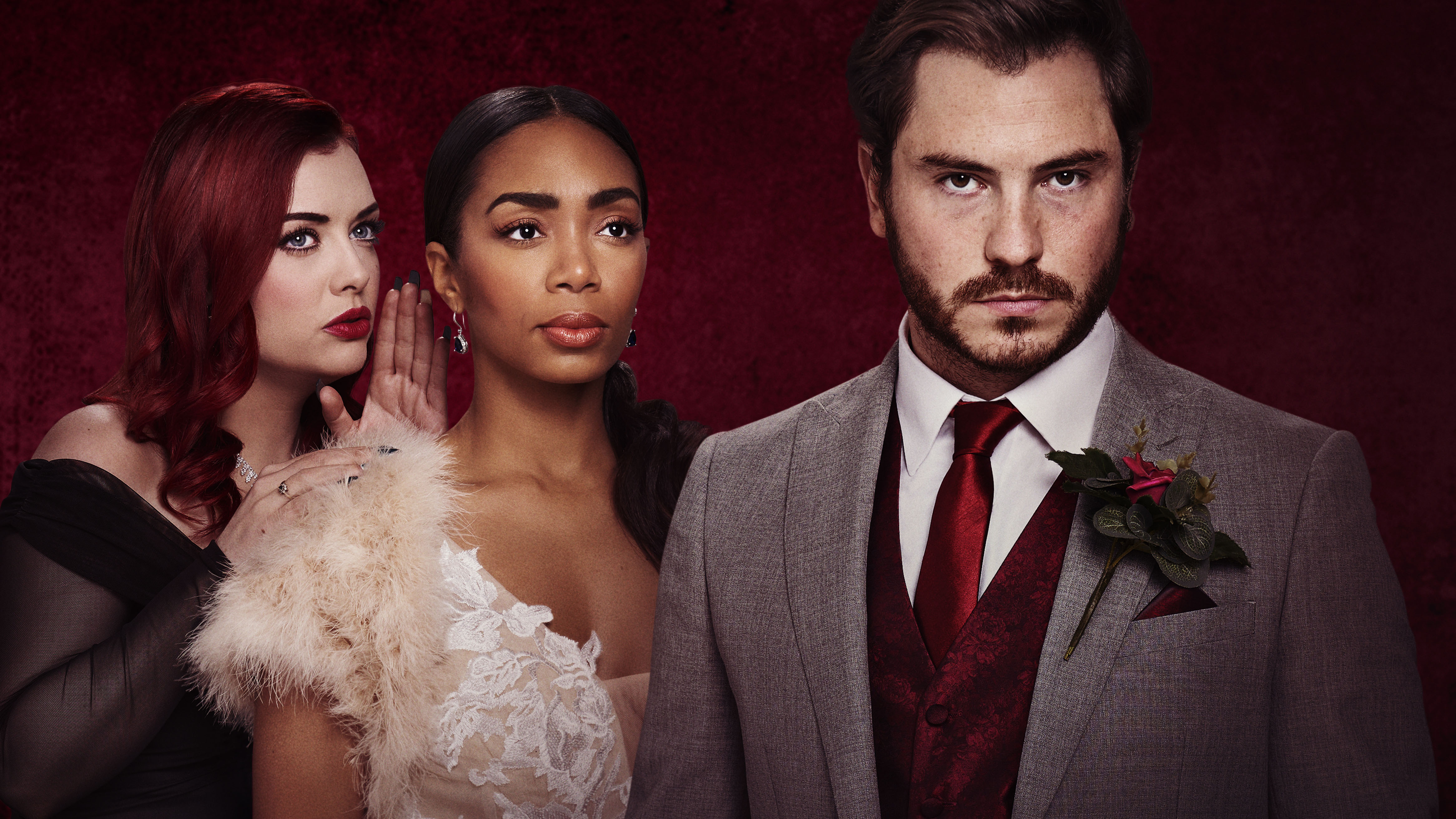 While Shona will be enjoying ­nibbles with her family on Christmas Day, her character Whitney will be at the heart of the festive drama in EastEnders on BBC One.

The soap favourite has discovered that her ex-boyfriend Gray Atkins (Toby-Alexander Smith) killed his first wife Chantelle by pushing her on to an upturned knife in an open ­dishwasher.

And she is determined to tell Gray’s bride-to-be Chelsea the truth before she walks down the aisle.

But her mission has sparked fears among soap fans that Whitney could meet a grisly end as the Albert Square killer’s next tragic victim.

Shona said: “Everyone keeps saying, ‘Keep away from the ­dishwasher, close the dishwasher’. And they are worried about Chelsea too.

“When people see me in the street they always want to know what ­happens with Gray, when he will get found out and get his comeuppance.

“I haven’t even told my mum and dad. They are massive fans of the show, so they keep asking and I keep saying, ‘No, if I tell you, I’ll have to kill you’.

“And the best thing is, it’s only going to get better. There are some amazing things lined up for 2022.”

She added: “My family will all watch the show together on Christmas Day, that was a tradition for us long before I was ever on it.

“My mum, dad, my sister, her ­partner and their kids will all come round to mine and I’ll cook. I’ll ­probably be like Peggy Mitchell, ‘Get outta my kitchen!’

“But I love doing it. There will be too much food, games and karaoke, because we’re like The Sound Of Music’s Von Trapp family at Christmas. And then I’ll have to squeeze into my Whitney costumes when I’m back to work in January.”

Looking ahead to the New Year, she added: “My resolutions are probably just to be more mindful about what I eat. I’m not terrible, I just want a bit more of a healthy diet.

“I might even go to the gym, but maybe don’t quote me on that!

“How is my body confidence? Speak to me after Christmas.

“Joking aside, it’s pretty good. I think as women we all have this thing of opening a magazine and ­saying, ‘Oh look at her, she’s really skinny’.

“But actually I really like having a bit of a bigger bottom, it is a good thing. Women should embrace being women and having curves.

“I enjoy being ‘womanly’, as my mum would say.” Shona, who has played ­Whitney for 14 years, has seen her character tangled up in a series of controversial storylines tackling big issues from abuse to trafficking.

SHONA has been backingher EastEnders co-star Rose Ayling-Ellis to win the StrictlyGlitterball trophy – and revealed she would love to appear on the hit BBC show too.

She said: “Rose is an incredible woman, what an inspiration. I think she is amazing.

“She’s done so well, and she’s so ­beautiful, I’m so proud of her. When I watch her dance, it makes me emotional.

“We talk on the EastEnders cast group-chat. We’re all always wishing her good luck and telling her how amazing she was.“

"I have been so behind her to win.”

Shona said she has been in talks with Strictly in previous years, adding: “I’d love to do it. It’s a learning experience and it just looks so much fun, the costumes, the sequins, the spray tans.

“In the past the timing hasn’t been right, but now I’m 30 I think I’d probably say yes.”

But Shona welcomes the hard-hitting material because it makes the character who she is.

And she said that unlike close pal Maisie Smith — who played Tiffany Butcher until she left the show this month — she plans to remain in ­EastEnders for the foreseeable future.

She said: “I actually wrote some of the lines for Whitney’s final scenes with Tiffany. I asked, and they said yes. But in the end I made it so much worse for us, I could barely get the words out.

“That was because it’s Maisie, she was six when she joined.

“She is this beautiful young woman, grown up in front of us, and now she’s gone, and it’s so sad. I watched her exit the other night and I couldn’t stop crying.

“But I’m also excited to see what she does next. She’s so young and ­talented, I think she’ll fly.

“But she’s missed, we all miss her. Seeing her leave has made me look back over my time on the show. But I have no reason to leave.

“I really enjoy it and the writers are always surprising me with new layers to Whitney. 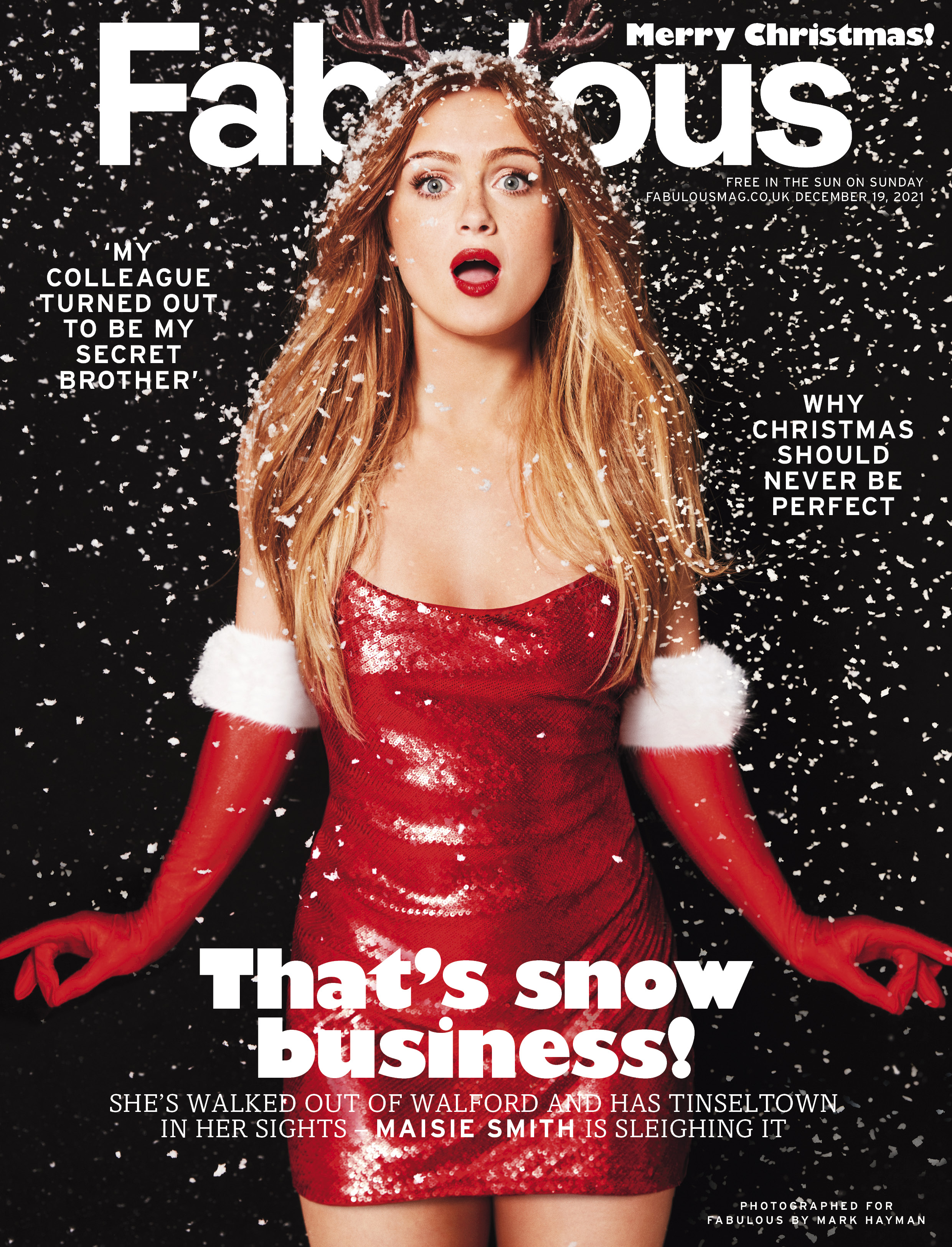