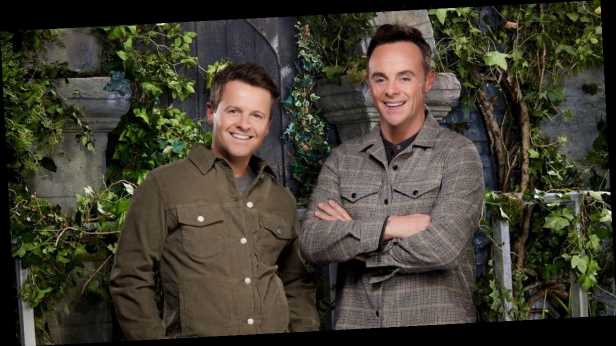 Nothing cheers us up more than switching on the telly to be greeted by Ant and Dec.

And with a telly career spanning three decades, it feels like they are hardly ever off our screens.

Which is great news for viewers, but even better news for the famous duo who have presented their way to an absolute fortune.

Between the two of them, it’s estimated that they have pocketed a whopping £62 million each having been awarded with an OBE for their services to Entertainment in 2016.

In short, there’s not much that these two couldn’t buy if they wanted to.

Currently, Ant, 45, and Dec, 44, can be seen presenting the nightly show of I’m a Celebrity, Get Me Out of Here, banking an eye watering £3 million per month.

The pair first appeared on our screens in Byker Grove in 1989, and since have appeared on a bulk of primetime shows from Britain’s Got Talent to Saturday Night Takeaway.

When they started on Byker Grove, it’s believed they were paid around £100 per show.

Byker Grove led to a dabble in pop music, releasing Let’s Get Ready To Rumble in 1994 before hosting hit kids TV show SM:TV Live ahead of landing Pop Idol in 2001.

Early on in their careers, it was decided that they would always stand the same side to help viewers know who was who.

As a result, despite now being two of the most recognisable faces in the country, Ant still is always on the left and Dec stands on the right.

Ant and Dec are reported to have now legally trademarked their name with the Intellectual Property Office to protect their brand, merchandise and projects for years to come.

The pair have since won countless awards, including an incredible 35 National Television Awards. Despite this, they said they were "genuinely shocked" by their last win.

The duo are now said to be in a "golden handcuffs" deal with ITV worth £40 million, which means they are unable to sign contracts with other broadcasters.

Their new deal would mean the duo earn a combined £3.3million a month from ITV.

However, that could rise to £50 million if they continue working beyond three years – and let’s face it, they are unlikely to be going anywhere that soon.

The pair are believed to have invested wisely and own around £10 million worth of property between them.

Ant and Dec also own a promotions company which is named Hurley after Ant's beloved dog.

According to end of year tax reports, the firm Hurley Promotions Ltd that lists the pair as Directors, raked in a massive £12,175 per day in 2018.

Ant’s ex Lisa Armstrong is believed to have been awarded half his £62 million fortune following their divorce settlement despite the make-up artist saying that this is "nonsense".