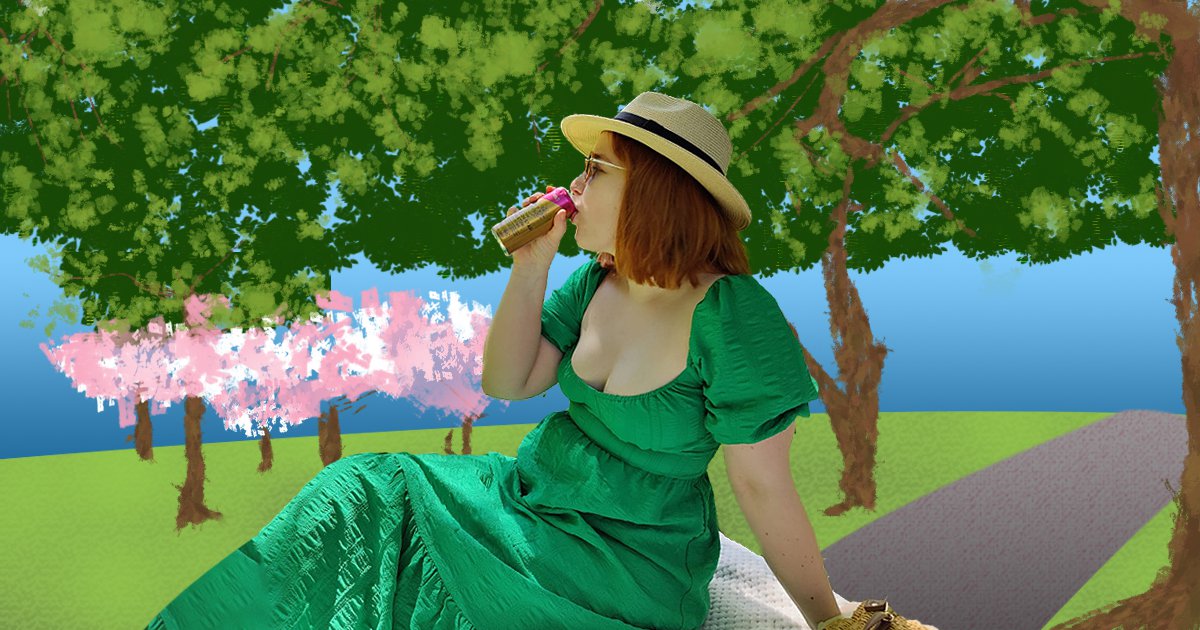 Welcome to How I Do It, the weekly series in which we get a seven-day sneak-peek into the sex and love lives of strangers.

Today, we hear from Megan, a single 23-year-old masters student who describes her personal relationship with sex as ‘complicated’.

She’s happy to talk openly about sex, but when it comes to the act itself, Megan calls it ‘an intimate experience and not one I would share with just anyone.’

Megan, who’s never had a one-night-stand as she’s not interested in sleeping with someone she doesn’t know, adds that her favourite parts of sex are ‘the little moments of laughter or those wry smiles, or banter that sticks with you and makes the sex uniquely yours’.

Without any further ado, here’s how she’s been getting on this week…

Today was a quiet night in after a busy few over the last couple of weeks. As I was alone, the first order of business was a glass of wine, then a romcom and afterwards a ‘shaveathon’.

This is something I used to do to please guys because one of the first people I ever slept with requested it, so now I still feel like it’s a requirement (even though it isn’t) – not that I have anyone to sleep with anyway.

So tonight, I’m enjoying my clean-ish bedsheets, my freshly shaven body, another glass of wine and a solo session.

Saturday morning started with the classic morning-after debrief with my best friend.

She got laid for the first time in three months after a breakup, so it was a proud mama moment for me.

We had a very busy day planned, as we were going to a concert, then an after-party where I knew the guy I’d been messaging would be.

We’d been chatting for about a week after meeting in a club the weekend before.

…That wasn’t the end of that story though, and it was technically Sunday at this point.

We headed back to mine and spent a long time making out, undressing each other and engaging in plenty of foreplay (thank God). He also went down on me first, which is unheard of, and made me finish.

Before we had sex, we had a proper conversation about contraception and what we both wanted to use, which meant the world to me.

Previously, people have said they won’t wear a condom because it doesn’t feel good and said we’ll be fine because I’m on the pill – it shouldn’t be all my responsibility though and this time it wasn’t.

We had some great sex and then, after only a couple of hours of sleep, we spent the whole day in bed chatting, mainly because we were too lazy and hungover to move. It was a nice way to spend a day.

I was still very tired after the weekend. Plus, I had a lot of university work to think about, which was stressing me out. Two hours of sleep in 36 is not enough.

Even so, I was feeling good. After a breakup nearly four months ago, it was only the last month I have finally felt ready to have sex again. The sexual frustration has been a lot.

Finally, that was gone and it felt good. It was a sexual encounter worth waiting for too.

A long work day didn’t help aid the recovery from the tiredness of the weekend.

As soon as I got home, I took my makeup off and fell asleep. I woke up enough to make some dinner and then waited up for my best friend to come back from her date night and do our third debrief of the week, following my own on Sunday.

This evening I watched the film ‘How to be Single’, which I haven’t watched in a while.

It made me question if I was doing the single life ‘right’ and whether I should follow one of the storylines of the characters – although definitely not the pregnancy with a sperm donor part.

I also didn’t want to just sleep around – that’s not me – or be obsessing over an ex. So what I realised is I just needed to do it my way.

Today I decided to take a day off from work and enjoy the sunshine.

This is something I normally do on a Sunday morning, but that didn’t happen this week because I got the real thing.

How I Do It

In Metro.co.uk’s How I Do It you get a sneak peek into a week of a person’s sex and love life – from vanilla love-making to fetishes, threesomes and polyamorous relationships, they reveal it all.