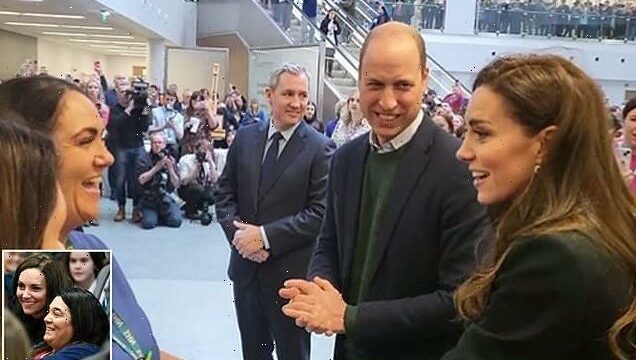 ‘Oh my God, I’m going to cry!’ Hospital worker is overwhelmed with emotion after meeting the Prince and Princess of Wales as eager royal fans queue in their hundreds for selfies with Kate

A staff member at a hospital in Merseyside was overwhelmed with emotion after meeting the Prince and Princess of Wales this afternoon, exclaiming she wanted to cry with joy after their interaction.

A video posted on Twitter showed the woman, Langley, who works in administration at Royal Liverpool University Hospital, wearing blue scrubs as she shook Princess Kate’s hand and joked with the Waleses about their colour co-ordinated outfits on their first royal engagement since the release of Prince Harry’s explosive memoir, Spare.

Despite scathing attacks from Harry, 38, in the memoir, including claims that William pushed him over during an argument about Meghan in Frogmore Cottage and Kate confronted Meghan when the Duchess of Sussex said she had ‘baby brain’, royal fans did not appear to be deterred from meeting the Prince and Princess of Wales, and queued in their hundreds for a selfie with the royals.

At the beginning of the video, Nicola shakes the Princess of Wales’s hand and tells her: ‘Nice to meet you. You look beautiful.’

After Kate, who turned 41 on Monday, politely thanks the staff member for the compliment, the woman gestures between the royal couple and says: ‘Matching’ in reference to their co-ordinated navy blue and dark green outfits. 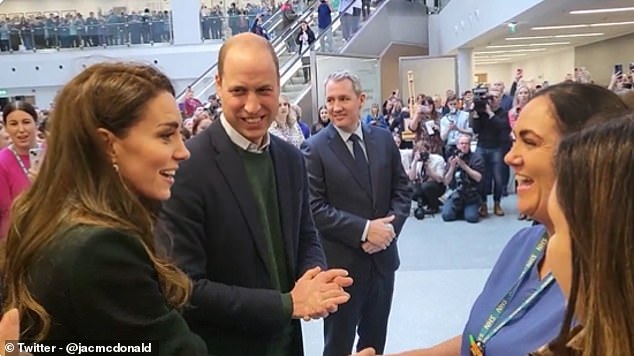 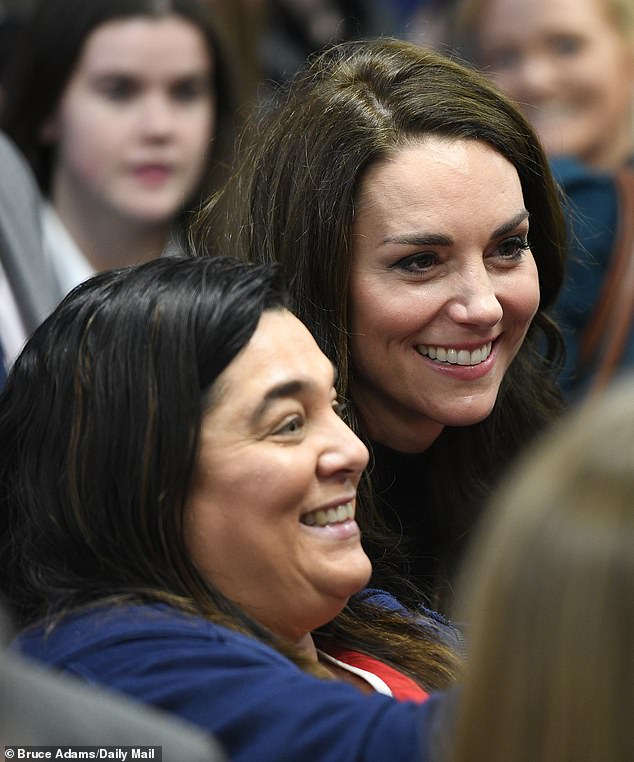 Despite the explosive claims made about the Prince and Princess of Wales in Prince Harry’s memoir, Spare, including that they ‘stereotyped’ his wife Meghan, royal fans queued in their droves to meet the couple and take selfies

William, 41, laughed in response and acknowledged: ‘I know!’

As the prince of Wales moves on to meet other members of the public, Kate stopped to chat to Nikki to praise the work of the hospital, and the impressive new building.

She said: ‘It’s amazing to see the new building up and running. It’s taken time but you should feel so proud… it’s really great, well done.’

After the Princess of Wales continued to meet other people who have queued in their hundreds to say hello, Nikki turns back to her friends and is overwhelmed with emotion.

One of her friends tells her: ‘You done amazing! Oh love, you were amazing.’

The woman then admits: ‘My hands are shaking!’

In another video shared online, Nikki speaks to William about the building and he jokes that he doesn’t know how staff find their way around.

He says to her: ‘Every corner looks the same!’

William also asks her how she and the staff manage their busy working lives, and says: ‘Have you got time to look after yourselves?’

She replies that they do before William responds: ‘That’s crucial.’

‘I wasn’t surprised they stopped for a selfie.’

Later in the visit, the down-to-earth couple posed for selfies with members of the public – a relatively new feature in royal appearances. 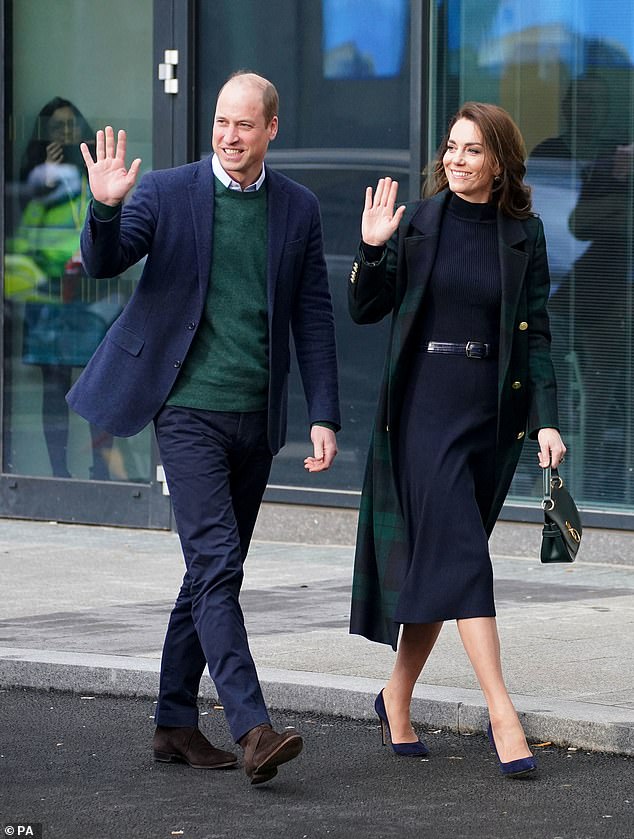 While there is no official protocol on taking selfies, the late Queen Elizabeth was known not to like taking them and politely declined offers to do so.

In the early days of camera phones, royals seemed to shy away from being snapped with members of the public with royals including King Charles, Prince William and Prince Harry all voicing their dislike of the photos.

However, in recent years, they’ve become commonplace, with Prince Charles posing for his first selfie all the way back in 2014, and other royals from Sophie Wessex to Prince Harry and Meghan Markle following suit.

However, despite becoming more and more common for the royals, Kate told one royal fan today: ‘I’m going to be told off by William’ after posing for a photo – suggesting the Prince of Wales may not have changed his mind on selfies after all.

The Prince and Princess of Wales visited the Merseyside hospital on their first royal engagement of this year – and also their first proper appearance since the release of Prince Harry’s long-awaited but explosive memoir, Spare.

Among the accusations he levels at the Waleses in the book are that William told his little brother that he had been ‘brainwashed by therapy.

He also claimed the couple had ‘stereotyped’ his wife as a ‘biracial American actress’ which meant she was less likely to be accepted as a royal.

Despite the Duke’s scathing claims, the Prince and Princess of Wales were all smiles as they arrived at the hospital this afternoon to thanks health workers for their hard work.

The state-of-the-art hospital is the biggest in the country and provides inpatients with ensuite bathrooms, designed to improve patient experience. It opened its doors in October 2022, replacing the old hospital which had served the community for over four decades.

In what may be considered a show of solidarity, the defiant couple wore colour co-ordinated outfits in navy blue and dark green as they waved to royal fans on arrival at the hospital.

Leaving it open on the bright but cold day, she also showed off her Ceffin Eva rib-knit wool maxi dress, costing £290, with a flared skirt and funnel neck.

She accessorised it with a black clutch bag, letting her long hair blow loose in the wind.

She also wore minimal make-up, while also opting to wear Princess Diana’s earrings made of sapphire and diamond.