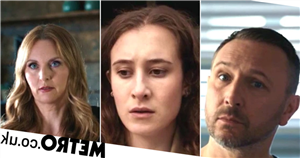 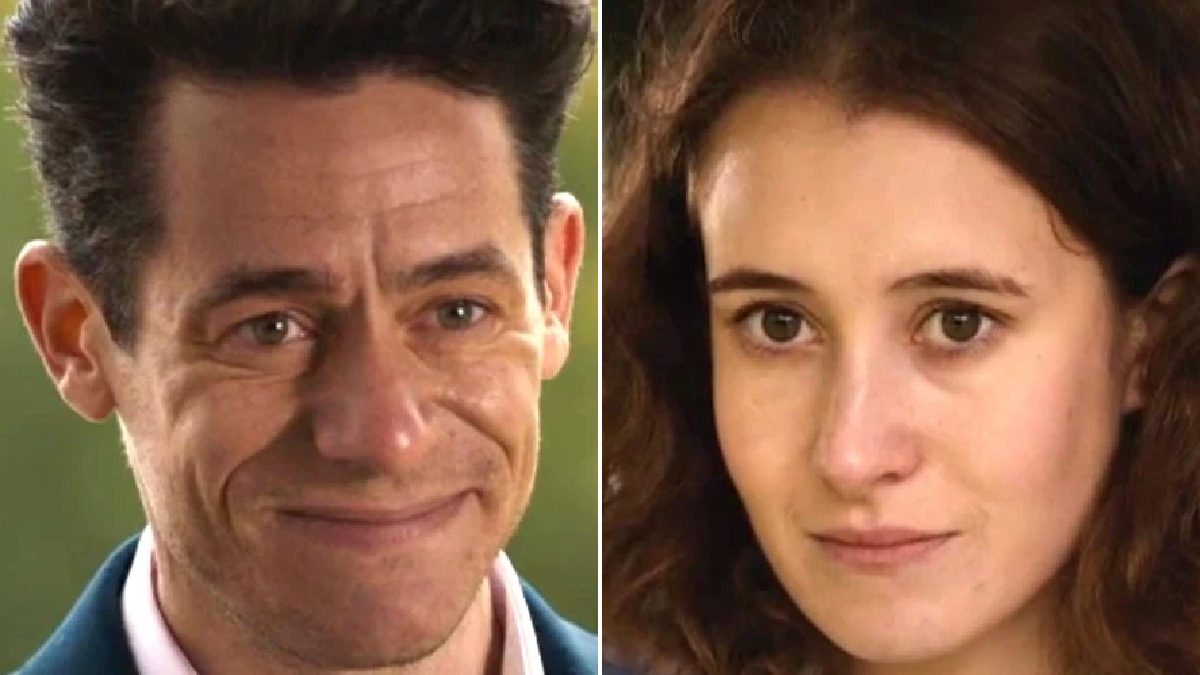 Evie Fletcher (Phoebe French) was in terrible trouble at the beginning of tonight’s Holby City, and by the ending things were even worse.

It was the morning after one of Rich Peterson (Richard Pepper)’s ‘parties’ and we saw, in brief flashbacks, that this had involved Evie being drugged and abused by at least one man – who wasn’t Rich Peterson. Despite Rich telling her he loved her, Evie was realising that this behaviour wasn’t normal or right, but once again she went to Jeni Sinclaire (Debra Stephenson) with her worries. Jeni has efficiently cut Evie off from being able to confide in her dad or anyone else except Jeni, and she uses this power to keep Evie exactly where she wants her.

When Fletch (Alex Walkinshaw) saw Rich and Evie together he reacted by thumping him. ‘She’s only 17!’ he said, disgusted that Evie was ‘sneaking around with some old perv.’ As Rich fell he hit his head and ended up with a bleed on his brain. Sacha (Bob Barrett) had no choice but to call the police, and Fletch faced a manslaughter charge.

We then saw exactly how evil Jeni Sinclaire can be. She visited Rich to persuade him to cover for Fletch – not for Fletch’s sake but for her own. Rich said he hadn’t done anything wrong, and then he started to deteriorate. Jeni’s response was to turn off the alarm on the monitor and leave him struggling. Later on she delivered the news to Fletch that Rich was in a coma and not expected to survive.

Evie talked to the police and told them Rich slipped while they were arguing. So Fletch is in the clear, and with Rich off the scene, Evie is free from all this abusive stuff? Well, no. Rich may be gone but Jeni is very firmly still there – in fact Fletch has asked her to move in with him and the Fletchlings and told her he loves her. And Jeni has told Evie that she’ll keep the CCTV footage of Fletch hitting Rich to herself as long as Evie goes to every one of her parties – and takes Mia (Brianna Shan) with her.

Meanwhile there was a setback for Jac (Rosie Marcel) when she got news from America that a patient there who had had the same surgery that’s planned for Carole Copeland (Julia Deakin) had died. This was enough to make Dominic (David Ames) decide that he didn’t want his mum to have the procedure. ‘At the moment there’s a 100% mortality rate,’ he pointed out.

So Jac faced a search for another trial subject for the surgery that she hopes might eventually cure her own brain tumour, but then she found Carole crying by herself, saying that she just wanted some peace away from everyone telling her what was best for her own body. Carole asked Jac how long it would be before she wasn’t herself any more. ‘You’ll always be Carole,’ Jac told her. ‘I’m disappearing,’ said Carole, heartbreakingly.

After Jac got the hospital radio to play some Viennese waltzes – Carole once auditioned for Come Dancing (the non-celebrity forerunner of Strictly) you know – Carole agreed to the procedure. ‘As long as there’s nothing else I need to know,’ Dominic said to Jac. ‘Nothing at all,’ replied the woman whose entire hope of a future life rests on Dominic’s mother’s surgery.

On Darwin we were treated to a completely unprecedented event on Holby – someone resigned, but was then reminded that you can’t just walk out and you have to work a month’s notice. Normally the only thing that stands between a person resigning and leaving is stopping off to get a box to carry the contents of their locker or desk.

It was Chloe (Amy Lennox) who tried to resign, and the reason for this was that Eli (Davood Ghadami) had gone back on his earlier promise that he runs ‘a strict no psychopath rule on my ward’ by deciding that Cameron Dunn should be the subject of the cardiac stent trial.

This is Cameron Dunn who is currently languishing in prison after killing or attempting to kill half the hospital and keeping Ange tied up in the basement for weeks on end. You can see why Chloe would consider it a resigning matter.

And Kylie (Amy Murphy) did a lovely thing for a patient (James Bradwell) who was going to miss his Prom by arranging a little one in the hospital just for him and the girl he liked. Then horrible Mel (Naomi Preston-Low) took all the credit for it and when Kylie attempted to stand up for herself, Louis (Tyler Luke Cunningham) and Josh (Trieve Blackwood-Cambridge) believed Mel and not her.

Sue Haasler is the author of five novels and the official BBC Holby City book, which you can read about here.