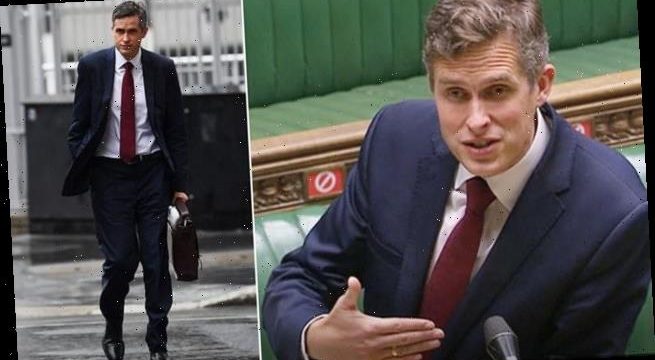 Gavin Williamson’s words plop out of his mouth like coins from a one-armed bandit: HENRY DEEDES watches the Education Secretary’s statement on the fiasco in our universities

When the BBC commissioned its delightfully dire ‘sun, sex and sangria’ sitcom Eldorado, some bright spark at Broadcasting House had the whizzo idea of hiring some Spanish actors.

You can just imagine how the conversation at that executive lunch went. ‘Yup, trust me, Tristram, this will save us a bunch. Plus, it will make the whole thing a bit more authentic. Now, do try the rabbit polenta here, it’s dreamy.’

Of course, as soon as cameras started rolling, it transpired that none of these artsy hombres understood a word of what he was saying. The whole production was a Costa del Disaster. Hysterical viewing, mind you. 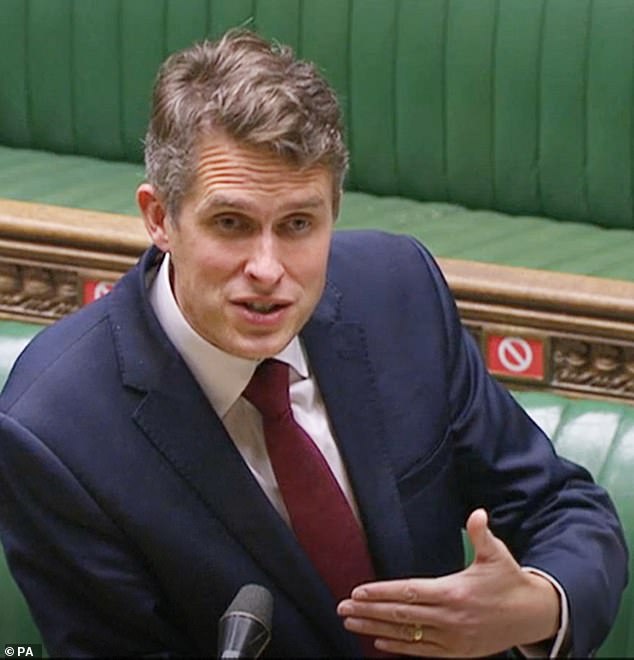 This little snippet of early 90s nostalgia came to mind yesterday, when Gavin Williamson came to the House to issue a statement on the fiasco taking place in our universities, where local restrictions have left many students cooped up on campus like battery chooks.

This must be Mr Williamson’s fourth or fifth appearance at the despatch box in recent weeks, and having sat through each one, I have come to suspect that he has absolutely zero understanding of the words written in front of him. He might as well be reading Swahili.

Words do not so much come from his mouth as plop out at random, like coins from a one-armed bandit. Everything is just one long monotonous drawl.

Stress, emotion, urgency – such oratorical tools are completely absent from the Williamson kitbag.

Even his universities minister Michelle Donelan, perched cross-legged to his left, spent most of his speech staring into the distance, her eyes basted with a dewy glaze.

From what I was able to discern, contrary to recent fears, students will be able to return home this Christmas, though some might have to cut short their term and self-isolate for two weeks first. Panicking mothers, you can all breathe easy.

It is fortunate for Gav that his opposite number Kate Green was off her oats. She was rather subdued. Possibly still licking her wounds after Piers Morgan gave her a going-over on Monday over her recent comment: ‘Don’t let a good crisis go to waste.’

There was much venting about student fees. The DUP’s Sammy Wilson (East Antrim) was furious. Usually is. He asked why universities were able to charge the same money while clearly ‘not offering the student experience that they promised’. Bambos Charalambous (Lab, Enfield & Southgate) called it ‘grossly unjust and unfair’. 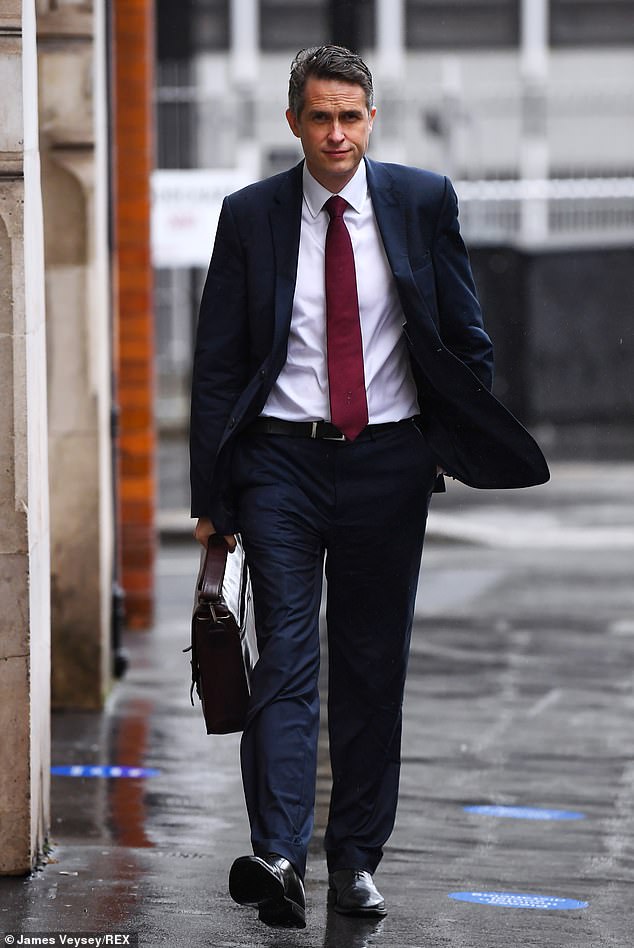 This must be Mr Williamson’s fourth or fifth appearance at the despatch box in recent weeks, and having sat through each one, I have come to suspect that he has absolutely zero understanding of the words written in front of him

The SNP’s education spokesman Carol Monaghan suggested England take a leaf out of Scotland’s book and make tuition fees free. Cheeky. Scottish universities, of course, benefit from cash which whistles its way up from Westminster. Gav thanked Monaghan ‘for suggestions for future Conservative Party manifestos’. There were a few ‘hear, hears’ from backbenchers at that remark, which might have encouraged Williamson.

He delivered a decent put-down to Corbynite clod Richard Burgon (Lab, Leeds East), who accused the Government of rushing students back to dodge demands for rent reimbursements. Droned Gav: ‘I’m always grateful to get direct questions from the UCU…’

Laura Trott (Con, Sevenoaks), so lustrously maned she may possibly have just waltzed in from the set of a shampoo advert, raised the issue of university bosses’ pay. Some vice-chancellors, as we know, are paid better than Goldman Sachs bankers. Trott wanted assurances that staff would not be allowed to claim bonuses this year, unless fees were lowered. Williamson said he would give regulators a ‘strong steer’ on the matter. If you could.

Twice Williamson was asked whether students were allowed under the current rules to go home to self-isolate. Twice he promised his department would publish ‘guidance’ shortly.

He hangs to that word like a toddler to a blankie. He used it 14 times yesterday, by my count. Anyway, Gav shows no sign of going anywhere, so stand by for more of this nonsense.