“I tried very hard for this bb.”

Halsey is opening up about her pregnancy journey.

The 26-year-old musician took to her Instagram Story to talk about her maternity amid unwanted speculation over her coming baby: “Why is it ok to speculate and pass judgement about fertility and conception?” 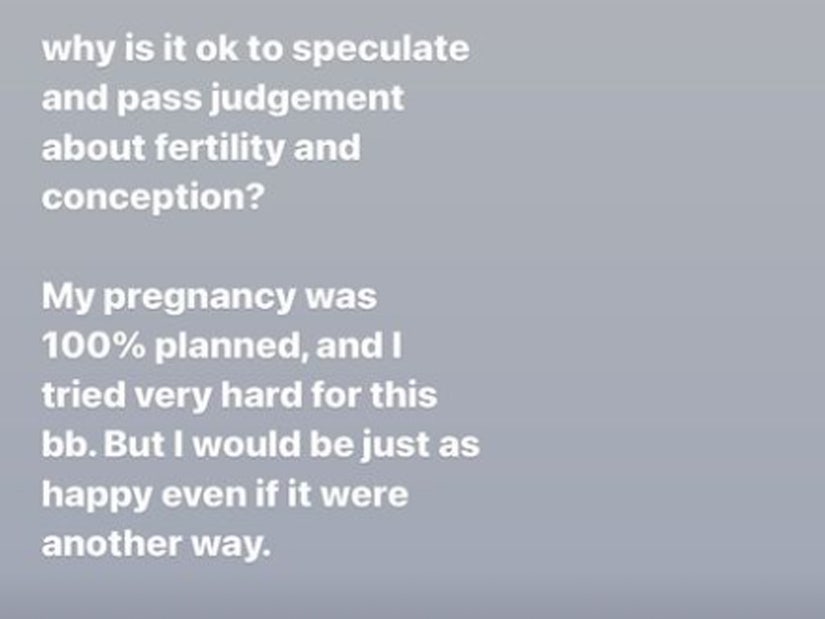 “My pregnancy was 100% planned, and I tried very hard for this bb. But I would be just as happy even if it were another way,” Halsey said.

Halsey made headlines in January after sharing the exciting news that she was expecting her first baby with boyfriend Alev Aydin in a montage of photos posted on Instagram as she flaunted her growing baby bump with the caption: “Surprise!”

“It’s wonderful to celebrate something with you all after years of sharing all the sad stuff,” The About-Face beauty creator shared on Twitter citing her previous miscarriages and struggles with endometriosis. “And just so we’re aware, if it wasn’t for COVID, I woulda done the tour pregnant.”

Back in 2016, Halsey was very candid during an interview with Rolling Stone about how she once performed hours after suffering a miscarriage.

“It’s the angriest performance that I’ve ever done in my life,” she said. “That was the moment of my life where I thought to myself, ‘I don’t feel like a f—— human being anymore.'” 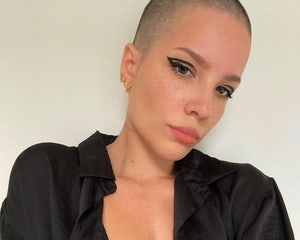 Then in 2018, Halsey shared she was freezing her eggs at the age of 23 during an appearance on “The Doctors” and said, “Doing ovarian reserve is important for me, because I’m fortunate enough to have that as an option, and I need to be aggressive about protecting my fertility [and] about protecting myself.”

“Reproductive illness is so frustrating because it can really make you feel like less of a woman. You don’t feel sexy, you don’t feel proud, and you don’t feel like there’s much hope,” she explained. “So taking these measures to make sure that I get to have a hopefully bright future and achieve the things that I want to achieve by doing the ovarian reserve is really important.” 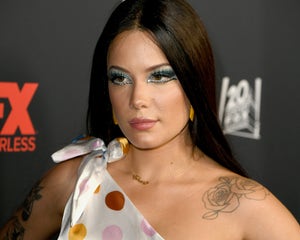 The MTV Video Music Award Winner penned a heartfelt song titled “More” in her second studio album “Manic” where she discussed her past fertility issues.

“When you decide it’s your time to arrive / I’ve loved you for all of my life / And nothing could stop me from giving a try… They told me it’s useless, there’s no hope in store / But somehow I just want you more. Feeling so incomplete / Wonder will we ever meet? / And would you know it right away / How hard I try to see your face,” read the emotional lyrics in the 2020 ballad.