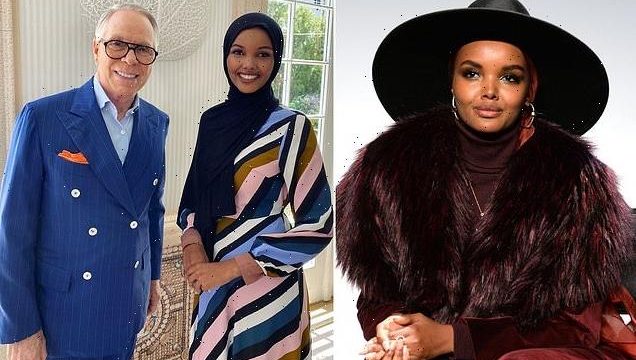 Halima Aden has hinted at a return to the fashion industry less than a year after announcing her decision to quit modelling because the work forced her to  ‘compromise’ her religion.

The Muslim model, 23, who was born in Somalia and lived at the Kakuma Refugee Camp in Kenya before moving to the United States at the age of seven, reflected on the high fashion industry in a series of Instagram posts in November last year.

She was praised for speaking candidly about how she became ‘uncomfortable’ with her hijab becoming increasingly smaller during her time as a supermodel.

However, Halima – who boasts more than a million Instagram followers – has now hinted at a return to the fashion industry in a new post alongside American fashion designer Tommy Hilfiger.

Racking up almost 143,000 likes, Halima captioned the image: ‘Shooting a super special project with one of my favorite designers @tommyhilfiger.’ 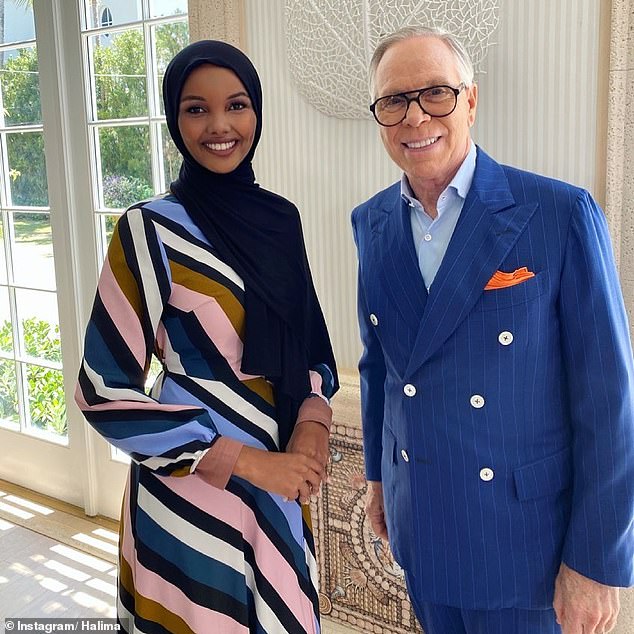 Halima Aden, 23, has hinted at a returned to the fashion industry less than a year after announcing that she had quit. Pictured: Halima and Tommy Hilfiger

Posting on Instagram, she told her 1.3 million followers that she is working on a ‘special project’ with American fashion designer Tommy Hilfiger

In the snap, she donned a black hijab with a chic striped dress as she beamed alongside the 70-year-old designer.

Having been dubbed the world’s first hijab-wearing supermodel when she shot to fame in 2016, Halima signed with IMG Models in February 2017 after being spotted as a semi-finalist in the Miss Minnesota USA pageant.

She made her runway debut in Kanye West’s Yeezy show that same month and went on to model for brands including Fenty, Marc Jacobs and Alberta Ferreti.

The Muslim model has also appeared on the cover of British Vogue, Vogue Arabia and Allure magazine. 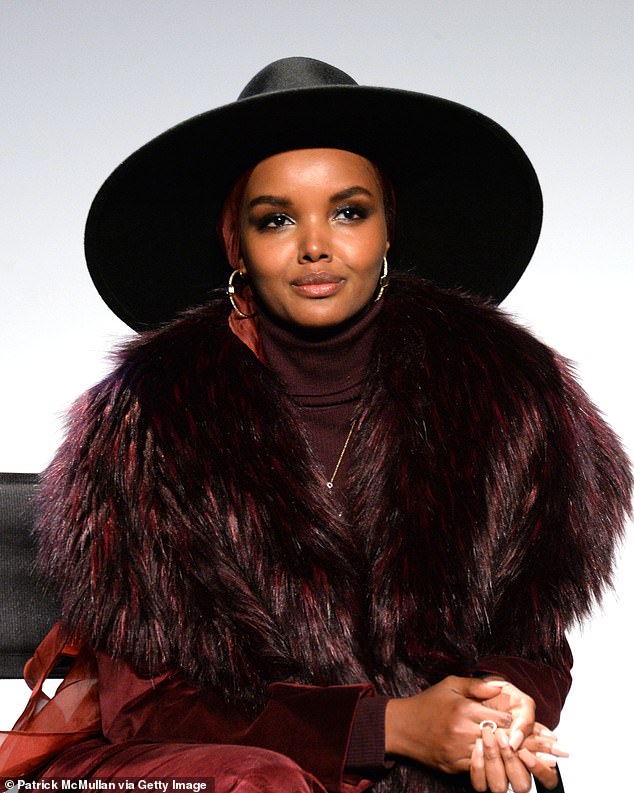 In November 2020, Halima (pictured) explained she was quitting the industry because she was forced to ‘compromise’ her religious beliefs

Fans were torn when she took to Instagram in November 2020 to explain her decision to leave the modelling industry.

She told how she had sobbed in her hotel room after agreeing to pose with jeans draped over her head instead of her headscarf in a campaign for American Eagle Outfitter, claiming to feel as though she had lost a part of herself.

‘But… this isn’t even my style?? Never was. Why did I allow them to put jeans on my head when at the time I had only ever worn skirts and long dresses?,’ she wrote.

‘I went back to my hotel room & just sobbed after this shoot because deep down I knew this wasn’t it. But was too scared to speak up.

‘The truth is I was very UNCOMFORTABLE. This just ain’t me.’

Halima said she was initially proud to represent Muslim women in the high fashion industry, but felt like she had made ‘mistakes’ when representing the traditional head veil for Muslim women.

The model who decided to quit after the pandemic caused her to reflect, also said the timings for shoots would interfere with her times for praying – which meant she would miss her religious practice. 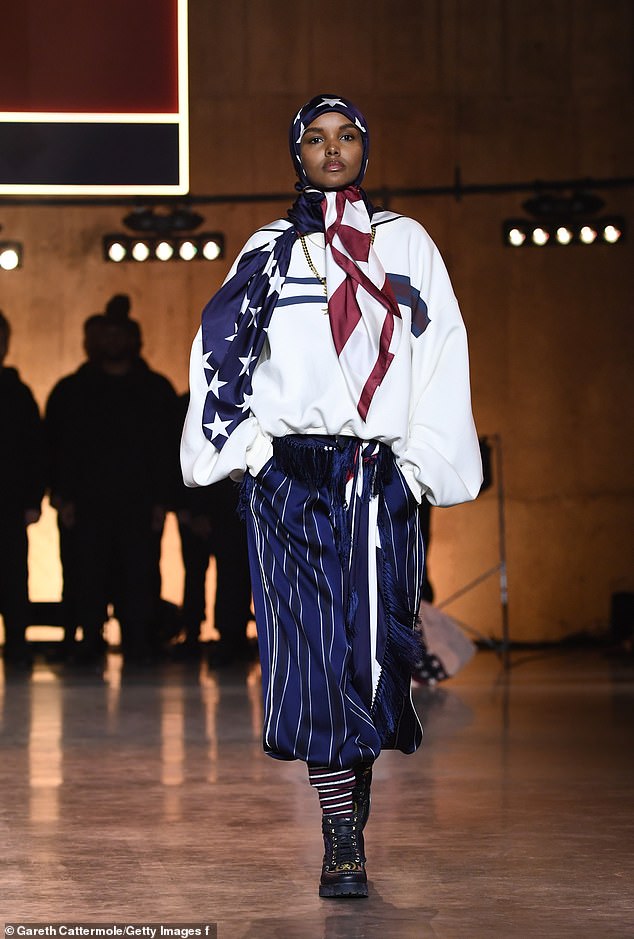 Halima said she had less control over the clothes she wore and began to wear head coverings that she wouldn’t have agreed to at the start of her career. Pictured: Halima walking the runway at the TommyNow show during London Fashion Week

Halima revealed throughout her career, she was increasingly having less control over the clothes she wore and agreed to head coverings she would have ruled out at the beginning.

She told the BBC that she began to ‘look like a white man’s fetishised version’ of herself, and would barely recognise her own image on magazine covers.

Halima said: ‘I had zero excitement because I couldn’t see myself. Do you know how mentally damaging that can be to be to somebody? When I’m supposed to feel happy and grateful and I’m supposed to relate, because that’s me, that’s my own picture, but I was so far removed.

‘My career was seemingly on top, but I was mentally not happy.’

Halima’s followers supported her decision to take a break from the industry after the admission and have been eager to celebrate her proposed return.

One wrote: ‘Wish you the best Halima, you deserve more’

Another said: ‘Exactly! Doing you on your own terms Halima’