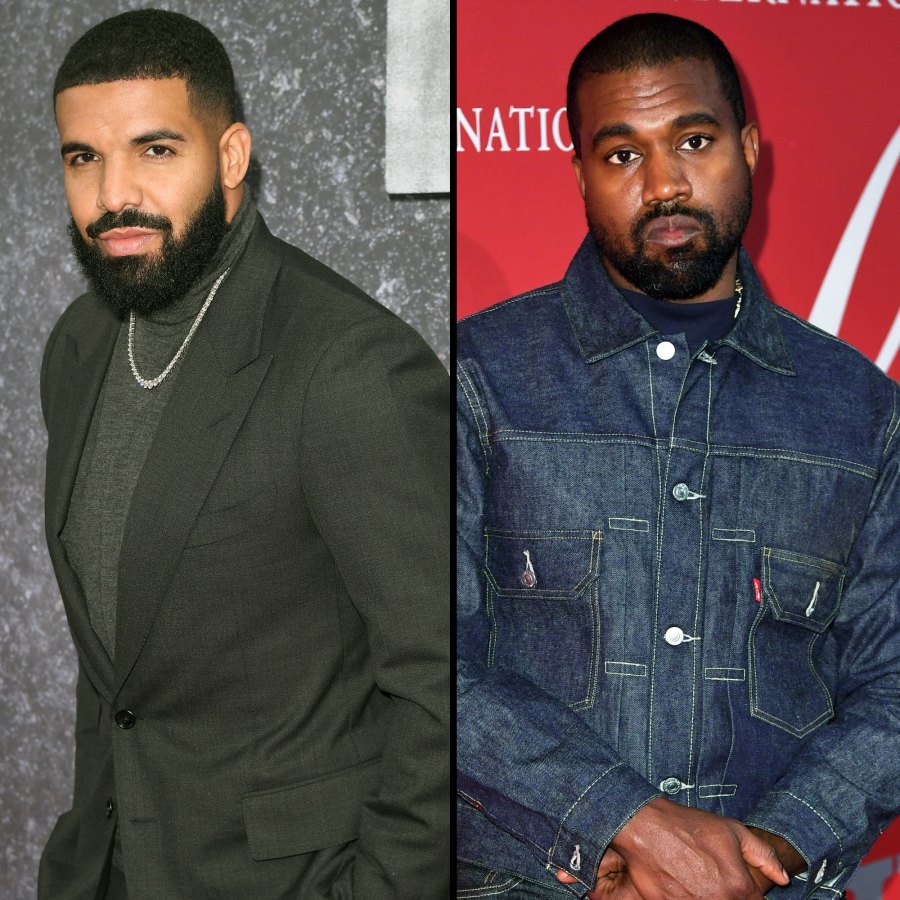 The feud is off, and the show will go on. Kanye West will play a Los Angeles concert on Thursday, December 9, and Drake is set to appear as a special guest.

Kanye West vs Drake Feud: Everything to Know

“I believe this event will not only bring awareness to our cause but prove to people everywhere how much more we can accomplish when we lay our pride aside and come together,” West, 44, said in a statement with the Coliseum’s Free Larry Hoover concert announcement.

The news comes days after the “Jesus Walks” rapper and Canada native, 35, officially made amends. The performers shared photos and videos taken together on Tuesday, November 16. They posed for the camera in one video and a photo showed them with J Prince.

The Grammy winners appeared to put the past behind them more than three years after their beef began. A May 2018 diss track put their friendship on pause.

West produced Pusha T’s “Infrared,” which took jabs at the “Hotline Bling” rapper and started a lengthy back and forth. Eventually, Pusha, 44, revealed that Drake had a son, Adonis, on “The Story of Adidon.”

It was believed that West was the one to tell Pusha about Drake’s son, though the father of four denied the claim. However, the “Infrared” rapper later confirmed that it was not the Yeezy designer who blabbed.

Drake! Peppa Pig! Everyone Kanye West Had Beef With Over The Years

Still, West and Drake continued to trade punches, with the Degrassi alum calling out the “Donda” performer as recently as August. He seemingly referenced their feud and the time West shared his real address on social media with the Certified Lover Boy track “7am on Bridle Path.”

“You know the fourth level of jealousy is called media / Isn’t that an ironic revelation? / Give that address to your driver, make it your destination / ‘Stead of just a post out of desperation,” he rapped.

J Prince, 57, seems to be a key figure in settling the ongoing drama. Earlier this month, West recorded a video alongside the Rap-A-Lot CEO inviting Drake to bury the hatchet and appear at the concert.

“I’m making this video to address the ongoing back and forth between myself and Drake,” West explained at the time. “Both me and Drake have taken shots at each other and it’s time to put it to rest. I’m asking Drake on December [9] to join me on stage as a special guest to share the two biggest albums of the year, live in Los Angeles, with the ultimate purpose to free Larry Hoover.”

Hoover is currently serving six life sentences in a Colorado prison for murder.

“Bringing these two great artists together for the culture and the cause of prison reform has been an honor,” J Prince said in a statement with the concert announcement. “Through my work with Larry Hoover and his family, i’ve really had my eyes opened to the plight of incarcerated people in this country, and I hope fans of Ye and Drake will take the time to do the same.”

The show will be Drake’s first concert since this month’s Astroworld Festival, which ended in tragedy with 10 deaths.