I feel so transgressive. I’ve removed the seat covers from my ute, the ones I installed a dozen years ago. They were stained and torn and gave the vehicle a shabby air. Offering a colleague a ride last week, I saw how he manoeuvred himself into the passenger seat in a gingerly manner. He appeared worried he might catch something. I was embarrassed.

But here’s the thing. I’ve decided to avoid installing new covers. The original fabrics – which have sat there for a dozen years, protected beneath the cheap covers – will be allowed to shine. 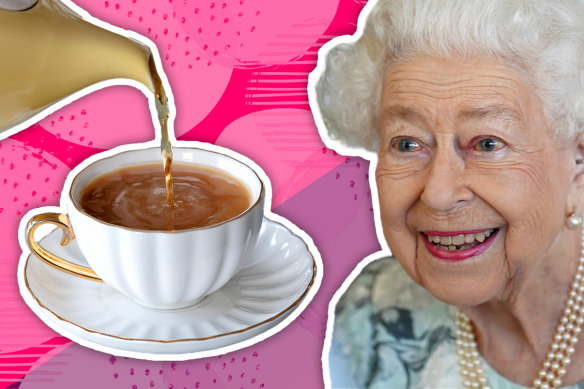 Let’s face it, the Queen isn’t popping over for tea.

See if you agree with my logic: due to my inability to drive at an acceptable standard, the outside of my ute is festooned with various crumps and creases. Sad to say, but for the last 12 years I have been unable to park my vehicle without hitting a pillar, and similarly unable to travel the length of a farm without hitting several gate posts.

After 12 years of this undeserved treatment, my loyal ute – a vehicle that has never broken down, which has never complained about the poor driving skills of its owner – looks like the loser in a Demolition Derby. Rust then gathers its armies and makes the most of my mistakes.

My conclusion: the vehicle, beloved though it is, can only survive another decade of this mistreatment. And so, I decide to permanently reveal the original seat fabric, setting it the task of handling the dog, the spilt coffee, and the oil that leaks from the chainsaw.

When the car is finally finished, I want the interior and the exterior to be matching. Both must be as worn down as each other, and – frankly – as their owner.

It’s not the only way I’m throwing caution to the winds. I have also removed my mother’s bone china crockery set from its protective boxes and pressed it into service.

This was the set she kept “for best”, and hence had never been used. Not once. Nothing short of a visit from the Queen would have persuaded her that it was worth the risk. Someone might break a cup, and then where would she be if, the very next day, the Queen should announce a visit?

Certainly, we were well-prepared for such an eventuality. We had oyster forks in a household that had never seen an oyster. We had place mats featuring English castles (presumably to make Her Maj feel at home). And tiny glasses which would have contained a thimbleful of sherry had sherry ever been provided.

My mother’s logic was unimpeachable – be prepared! – but given the age of the monarch, are we not now safe from royal visits? Do I really want to drop dead having never made use of it? Should my last will and testament contain a clause in which I hand it over to the kids but with the stern injunction: “This is your grandmother’s crockery. Kindly never use it.”

And so I sit, sipping tea from a cup marked “Fine English Bone China”, both cup and saucer circled with gold trim. It’s a design that could be sold under the brand name “Don’t You Know I’m a Duchess”. I must say, it makes the tea taste better. Later I’ll serve myself toast on a similarly patterned plate, then whack the lot in the dishwasher, thus earning my mother’s eternal heavenly contempt.

Do people still keep things for best? There used to be a lot of it going on. People would cover couches and carpets with plastic covers, ready to be removed for a visitor of sufficient stature. Maybe they, too, were awaiting the Queen, or at very least the Pope.

Given that such a visitor never arrived, would the covers be at least removed upon the death of the occupants, the Velveteen allowed to breathe for a week or two until it was all carted off to the tip?

If that’s not tragic enough, some had whole rooms for “best”, an oasis of untouched upholstery, glass decanters and pewter kangaroos; a room never to be entered. I’ve heard tell of children quite shocked when they realised the door in the front corridor led somewhere.

Other people had “best” cutlery, “best” tablecloths and even a “best” voice, to be used when answering the phone.

People also had “Sunday best”, which normally referred to clothes, purchased then put away for an occasion on which you needed to wear something new and fashionable. By the time that occasion arrived the clothes, of course, would be old and unfashionable, but at least they’d never been worn.

Other people had “best” cutlery, “best” tablecloths and even a “best” voice, to be used when answering the phone: “Hellloooo. To whooooom am I speaking?”

Of course, my generation is beyond such status anxiety. If anything, I worry the gold-trimmed cup looks pretentious, as if I should extend my little pinkie while drinking.

Yet, frankly, I think I’m safe. If anyone chooses to judge me on my fancy crockery, they’ll be forced to adjust their views once they take a seat in my battered old ute, despite its factory-fresh seat covers.

To read more from Spectrum, visit our page here.