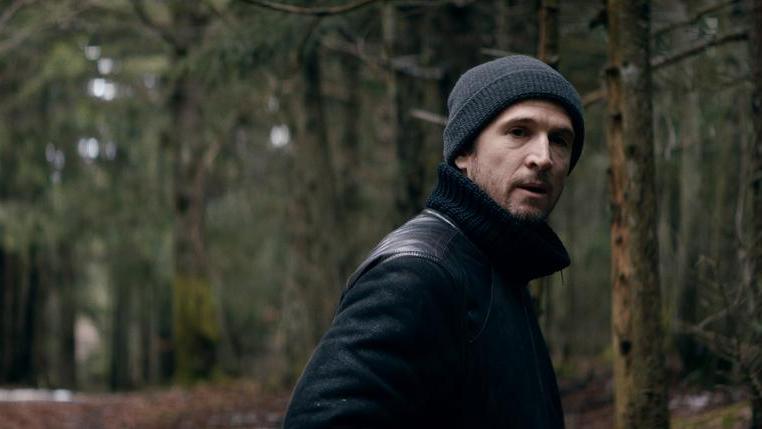 Director Christian Carion and his frequent star Guillaume Canet show off their very particular sets of skills in “My Son” (“Mon garçon”), a polished, if mechanical, vigilante thriller that attempts to combine the psychological deep dive of Denis Villeneuve’s “Prisoners” with the adrenaline shot of Pierre Morel’s “Taken.” Falling well short of those superior films, this limited-release offering — which did modest business when it opened in France back in 2017 — squanders a compelling performance by top-billed Canet, playing an absentee father searching for his kidnapped son in the mountains of southeast France. Themes of parental guilt and the effects of broken families on children are hinted at early but discarded in favor of genre pleasures, which Carion provides to increasingly formulaic effect.

“My Son” is Carion’s fifth feature and his first in a contemporary setting since his 2001 César-nominated debut, “The Girl from Paris.” Since then, he’s tackled World War I (Oscar-nominee “Merry Christmas,” also starring Canet), World War II (“Come What May”), and the Cold War (“Farewell,” Canet again). He has a knack for finding fascinating true stories, then treating them with a bloodless professionalism that never wholly fulfills their promise. That’s also the problem in this original story, despite Carion’s unconventional shooting strategy: “My Son” was shot in only six days, and Canet was never given a script, only a six-page character outline and a green light to improvise. This winds up being the best creative idea the movie has to offer, although most audiences will wonder how such a risky concept resulted in such a generic thriller.

Whether Canet’s performance would have been demonstrably less effective without this approach we’ll never know, but he notably drops his eternally boyish good looks to chart the emotional descent of Julien, a geologist who bailed on his marriage and his son for a job that often takes him abroad. Julien hasn’t seen his 7-year-old son Mathys (Lino Papa) since the previous summer, but he arrives in the French town of Autrans after learning that the son has mysteriously disappeared during a camping trip.

Working from a script co-written with Laure Irrmann (who also co-wrote “Come What May”), Carion sets up the dramatically-promising notion that Julien’s guilt over his decision to “give priority to my work over my role as a father” is the spark that ignites his increasingly frantic desire to find his son. Piling on is Julien’s ex-wife Marie (Mélanie Laurent, a real asset in her handful of scenes), who suggests it takes “more than a birthday card or a gift in the post” to be a dad. Marie has since moved on with Grégoire (Olivier de Benoist) who plans to start his own family with Marie and is curiously unmoved by the disappearance of Mathys.

All this thematic pipe-laying and character work, however, gets tossed as Carion’s sole focus becomes Julien’s increasingly improbable one-man investigation. Ignoring police admonitions to stay out of the way, Julien goes it alone, revealing himself to be quite the detective, scrubbing through video footage, busting into homes and torturing a suspect with a blowtorch before skulking around the bad guy’s mountain lair for the final showdown.

It would be easier to ignore the ridiculous speed and ease with which Julien gets to the bottom of things if the reason behind Mathys’ disappearance was even remotely interesting or Carion had gifted us with the primal satisfaction of watching our hero get medieval. But his sensibilities are too conventional for that and opportunities to make us question our allegiance to a vigilante or imagine ourselves in Julien’s shoes are ignored.

Along with Canet (who directed the far-better French thriller “Tell No One”), key below-the-line contributors keep us in the game. Documentary-honed DP Eric Dumont’s handheld camera provides an almost constant sense of danger and uncertainty, while the darkly-textured score by Laurent Perez del Mar (“The Red Turtle”) helps insure that tension remains high even as interest wanes.

Neither a bracing blast of vigilante pleasure nor an absorbing character piece, “My Son” is most notable for being Carion’s second straight film about a father’s desperate search for his son. One hopes that whatever compelled him to hang two movies on such a depressing premise can be worked out in therapy.