Taxpayers will foot a $650,000 bill to cover former Liberal staffer Rachelle Miller’s claims of damage and loss suffered while she worked for former cabinet ministers Alan Tudge and Michaelia Cash.

Following the settlement of her drawn-out legal case, Miller has issued a plea to all federal MPs to fully implement the recommendations of Sex Discrimination Commissioner Kate Jenkins’ review of parliament’s workplace culture, citing her own “horrendous” experience in making a formal complaint. 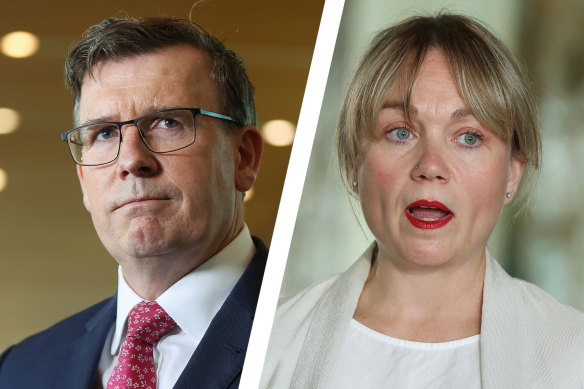 Alan Tudge and Rachelle Miller, who worked as his media adviser for 15 months from August 2016.Credit:Alex Ellinghausen

The deed of settlement was dated July 19, 2022, and shows the Commonwealth reached the deal with Gordon Legal, Miller’s lawyers, but did not admit liability.

The $650,000 payment from the Commonwealth included $100,000 for Miller’s loss of future earning capacity, $10,000 for past loss of earning capacity, $28,000 to reimburse past medical expenses, $62,000 for future medical expenses, $300,000 for hurt, distress, humiliation, dislocation of life, loss of professional standing and impairment of personal dignity and $150,000 for Miller’s legal costs.

Miller worked as a media adviser for Tudge for 15 months from August 2016 and then worked for Cash for eight more months until July 2018.

She went public in November 2020 on the ABC’s Four Corners program to reveal she had an affair with Tudge while he was her boss, and filed a bullying complaint with the Department of Finance at the time.

The Sydney Morning Herald and The Age revealed in February 2021 that Miller was preparing legal action against Tudge and Cash over her time working for the two ministers, who are now opposition spokespeople for education and workplace relations, respectively.

The allegations against Tudge damaged the Morrison government and triggered two inquiries.

Tudge stood down from the front bench in December 2021 after Miller publicly alleged he was emotionally abusive and on one occasion physically abusive while the pair were travelling together for work.

Tudge denied the allegations at the time, saying he had “accepted responsibility for a consensual affair that should not have happened many years ago. But Ms Miller’s allegations are wrong, did not happen and are contradicted by her own written words to me”.

The first inquiry, conducted by law firm Sparke Helmore, was commissioned by the Morrison government but did not find sufficient evidence to substantiate allegations of inappropriate behaviour.

The second inquiry, by Vivienne Thom, a former inspector-general of intelligence, found Tudge had not breached ministerial standards, but Miller did not participate.

In response to questions about the settlement, Tudge released a statement saying: “I was not a party to these matters or any payment sought and have no knowledge of them. I categorically reject these latest allegations, just as I rejected Ms Miller’s previous allegations, which I was cleared of by two independent inquiries.”

A spokesperson for Cash said “the settlement is a matter for the Department of Finance”.

“Senator Cash strenuously rejects claims of any adverse treatment of Ms Miller and strongly disputes Ms Miller’s version of events. At the time of her employment, between late 2017 and mid-2018, Senator Cash and her office understood Ms Miller’s personal circumstances, which is why support, leave and flexible work arrangements were offered to her.”

Miller also alleged that the implied term of her contract that she would be afforded a safe workplace had been breached and that Tudge contravened the adverse action and other provisions of the Fair Work Act by taking adverse action because of Miller’s sex and disability.

Miller’s disability is not being made public but is related to her mental health.

On March 16, 2022, Miller and the Commonwealth agreed to settle and resolve all claims and, without admitting liability on behalf of Tudge or Cash, reached agreement. 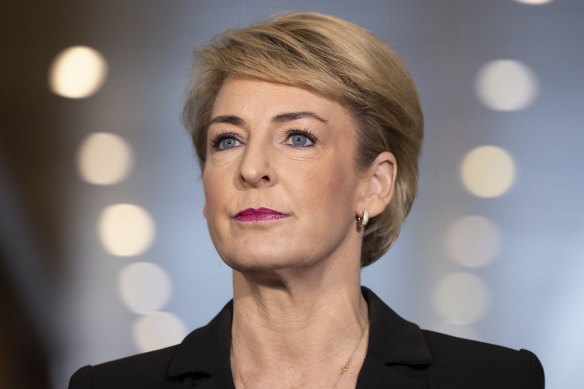 In April 2022, at the start of the 2022 election campaign, former prime minister Scott Morrison revealed Tudge remained a cabinet minister, though he had moved to the backbench, and the question of Tudge’s return to the ministry dogged the former government during the campaign.

On April 18, Morrison stressed negotiations between the Department of Finance and Miller’s lawyers were confidential.

Tudge was largely invisible during the election campaign but when questioned by Sky News on May 10 said he was unaware if the Commonwealth was close to finalising a settlement with Miller.

Miller, in her email to MPs, said the Jenkins review revealed the parliament of Australia had unacceptably high levels of sexual harassment, discrimination and bullying.

“The recommendations are excellent and thorough, and, if implemented in full, will correct the systemic problems,” Miller writes.

“I have been fighting a complex legal battle against the Commonwealth which has concluded in a settlement … my experience of making a formal complaint was, frankly, horrendous, and left me more traumatised than when I began it. It grieves me that without expert legal assistance, many victims are unable to navigate the current complaints system, which is neither fair nor independent, protects offending parliamentarians and exacerbates the power imbalance.”

Miller also states that her settlement had been reached without a non-disclosure agreement but that without the matter having received media attention, that may not have been the case.

“The silencing of victims who are paid settlement amounts to compensate for their traumatic experiences, while the perpetrator remains unpunished, is a fundamental reason this toxic culture has remained hidden for so long,” she writes.

“I also note the people who were responsible remain in parliament and have not been held accountable for their behaviour – no other workplace would accept this as satisfactory in 2022.”