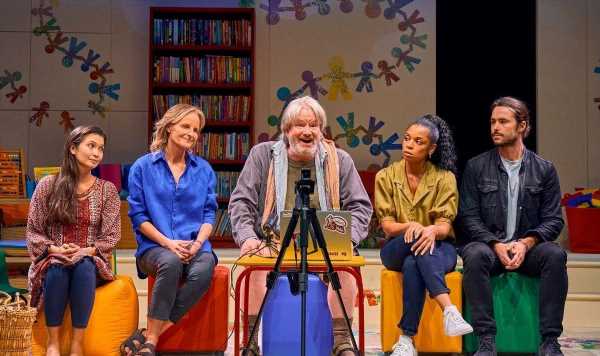 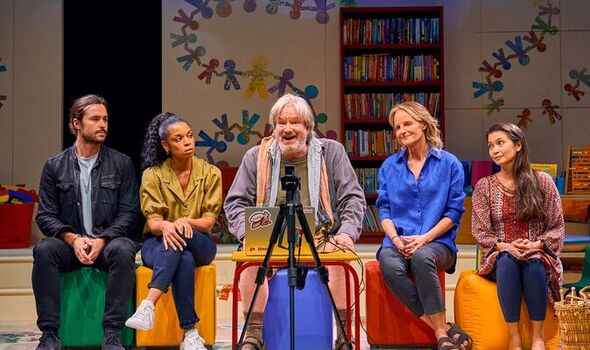 Among the ensemble cast, Oscar-winning actress Helen Hunt (As Good As It Gets) plays Suzanne, concerned parent and a co-founder of the private community school. As a virulent anti-vaxxer, she debates the ethics and risks of vaccinations with pro-vaxxers, particularly newcomer Carina (Susan Kelechi Watson), but the discussion accelerates from polite disagreement to all-out war.

Spector’s greatest weapon is his ability to lampoon sanctimonious jargon as everyone ties themselves in knots trying to avoid offending any minority, down to an individual who might take offence at the exclusion of “Transracial Adoptee” on the admissions form.

The absurd lengths they go to for inclusion unravel during an online “community-activated conversation” with parents that descends into chaos as increasingly offensive comments – plus emojis – scroll up on the wall above them. Eviscerating online forums from Zoom to Twitter, it is the funniest scene in the play.

School founder and old hippy Don (Mark McKinney) vainly attempts to keep the peace while former techie rich kid Eli (Ben Schnetzer) conducts an extramarital affair with May (Kirsten Foster), whose angry knitting reveals a simmering resentment, but the mood darkens as the school faces closure due to chronic indecision.

Proctor allows everyone to voice the rationale behind their views and his attack on this particular brand of woolly-minded Californian lifestyle is like shooting ducks in a barrel. But there is no denying its comic chutzpah nor the superb production by Katy Rudd, who choreographs a largely American ensemble in a way that is entertaining and just dramatic enough to serve its higher purpose.