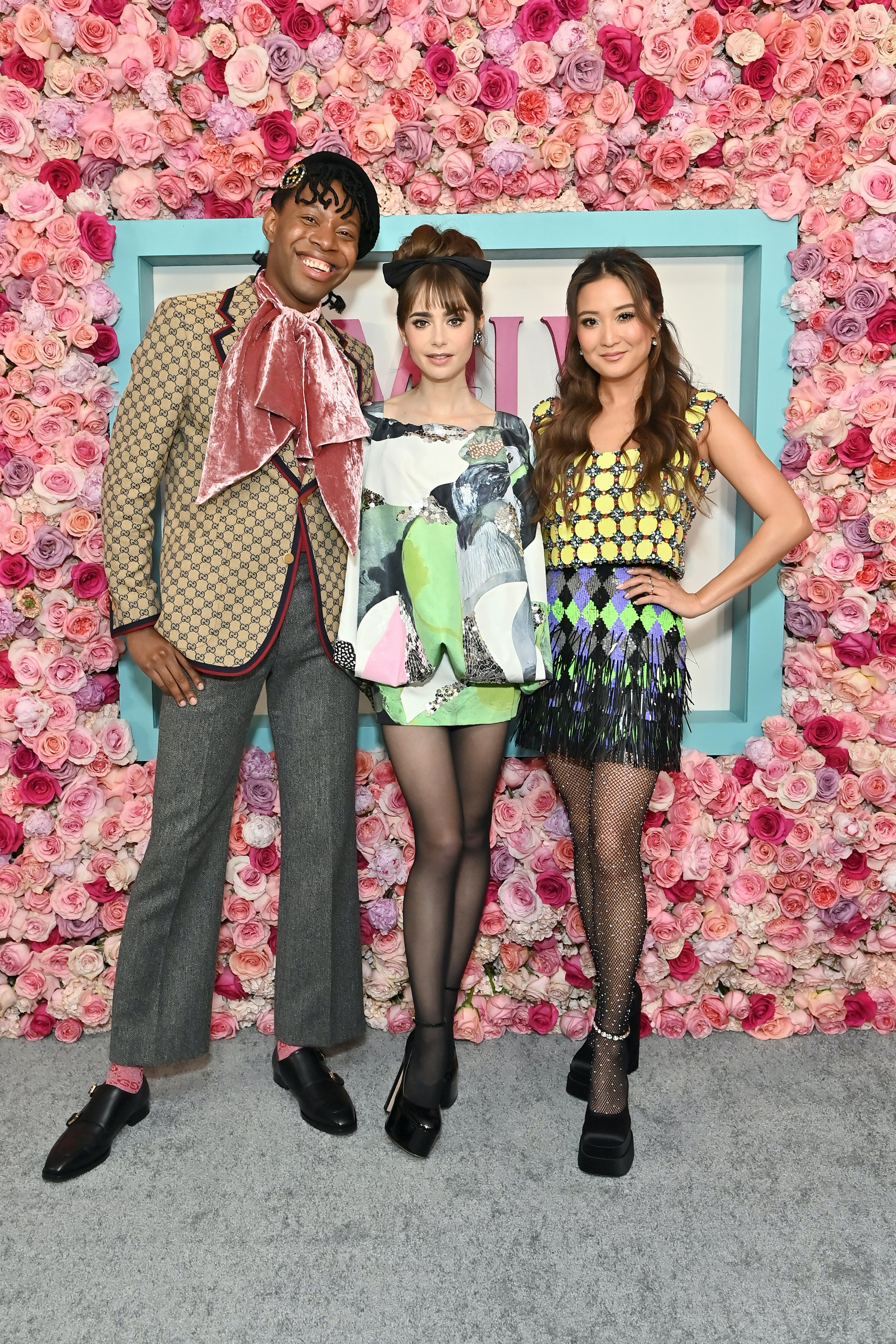 Aside from the occasional bad dress, the biggest thing Emily in Paris might have in common with Succession is that both shows have decided to completely ignore the realities of the pandemic. Which is good news for audiences who just want something—anything—to turn on and tune out from the reality of current times.

While no one was exactly expecting (nor necessarily wanting) Emily in Paris’s second season to include a hard-hitting, gut-wrenching take on the COVID-19 pandemic, star Lily Collins confirmed in an interview with Variety that the program is just going to ignore it completely.

“Season one allowed us an escapism when it came out that it felt it was something that needed to continue—not addressing it, because it brings a sense of escapism and joy and laughter in a time that we need it the most,” the actress told the trade publication.

You now have approximately 30 seconds to imagine what kind of over-the-top face masks Emily Cooper would wear—and either shiver or squeal, depending on your particular fashion outlook. We’re imagining something lacy and festooned with tiny bows, or bright yellow with pink polka dots. We’ll never know for sure, though. (Thankfully.)

Collins noted that it often felt weird to shoot season two amid an active pandemic while completely ignoring it in the scene. Apparently that involved making sure masks were never visible on camera, while also making sure everyone put them back on once the director yelled cut.

Several contemporary-set shows, especially those on the traditional network schedule, have decided to acknowledge the realities of the pandemic to some degree. That’s ranged from Grey’s Anatomy giving its main characters the virus to This Is Us casually portraying mask-wearing in scenes. Others, like Succession, have decided that inclusion of the pandemic may be too distracting to deal with (did we need the episode where, somehow, everyone but Cousin Greg gets quarantined?).

Others that have premiered after the first wave (most notably, Gossip Girl and And Just Like That…) have decided to set themselves in a world where the pandemic happened, but magically dissipated to the point where no one owns a face mask anymore.

At this point, it’s hard to argue that there’s a moral judgment to make about a show’s acknowledgement of the pandemic. All it seems we really need is a batch of new television real soon to help us pass the time inside. Emily in Paris’s second season premiers December 22nd. The alternative, Emily Back in Chicago In Line at the MinuteClinic While Sharing Infographics on Instagram Stories, would not be nearly as entertaining.