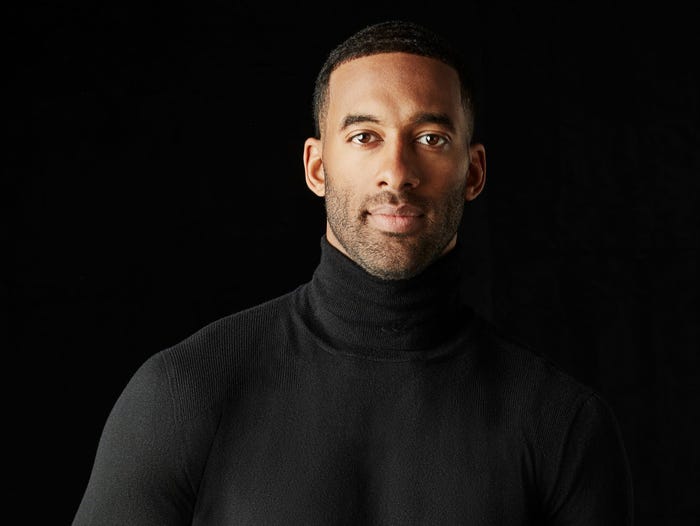 Turtlenecks are having a moment — at least, that's what this season of "The Bachelorette" would have you believe.

Even though it was regularly over 100 degrees at the La Quinta Resort, without fail, one of the suitors would show up in a turtleneck. Brendan Morais wore a turtleneck to almost every rose ceremony — and fans took notice.

And once Morais left, Hall took over the turtleneck crown.

After speaking to Cary Fetman, the show's longtime stylist, Insider can confirm: Even more turtlenecks are coming on Matt James' season of "The Bachelor," premiering on January 4.

"Not because I was copying, but every time that there's a chance that turtlenecks are in, I use it," Fetman told Insider. "This season [the fans] better get used to it because there's a lot of them."

Fortunately, this season filmed in Pennsylvania during the fall, so the turtleneck is more weather appropriate.

While Fetman called James "so sweet," he said they both had to make some compromises while working together.

"His style and mine had to be kind of melded. I had to learn; he let go a little also. The one thing we never did agree on was pant length or how tight a pair of pants can be made," Fetman said.

But ultimately, what's important for Fetman is what the lead sees in the mirror.

"That's the key for me for everybody," he said. "It's not what I want, it's 'What do you feel good in?' And when you're going in front of a camera or trying to meet the love of your life — I need you to feel good about yourself."