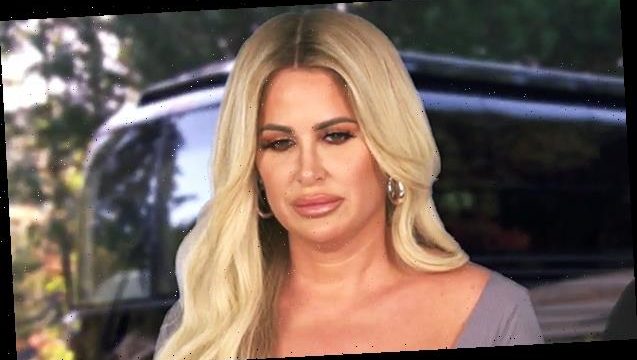 ‘Don’t Be Tardy’ returned with back-to-back episodes on Oct. 6, and while the new season started off with jokes about the Biermanns’ cross-country road trip, a reunion with Kim’s aunt elicited some heavy emotions.

With the younger kids growing up and Ariana Biermann heading off to college next year, Kim Zolciak and husband Kroy Biermann planned to take the family on one last epic vacation. So during the Season 8 premiere of Don’t Be Tardy, which consisted of two back-to-back episodes on Oct. 6, Kim and Kroy packed their six kids into an RV, and kicked off a six-week, coast to coast journey. What could possibly go wrong?

Nashville was the family’s first stop on their road trip, and everyone seemed to love the capital of country music. Especially Brielle Biermann, who tried to hit on a man that looked a lot like Matthew McConaughey. Kim and Brielle spotted him walking by a store they were in, so they begged Ariana to chase him down and bring him back to them.

Ariana did so, even though she realized the man looked more like he could be Matthew’s dad, but he only seemed interested in Kim, so their interaction with him was short-lived.

Later, the family packed themselves back into the RV and made their way towards Ohio, where Kim planned to reunite with her aunt. However, before they got there, they hit some bad weather, which consisted of a torrential downpour and tornado warnings. Yes, tornado warnings.

Fortunately, the Biermanns made it to Ohio unscathed, but Kim didn’t love the fact that Kroy was barreling down the highway with minimal visibility.

Anyway, once Kim and her crew made it to Ohio, they reunited with her aunt and discovered that Kim’s dad, who she’s been estranged from for a few years now, recently had cancer. Kim couldn’t believe she had to hear the news from her aunt, as she exclaimed, “Jesus Christ” in the last few seconds of the season premiere.

Want more drama? To find out how Kim deals with the heartbreaking news she received this week, watch new episodes of Don’t Be Tardy Tuesdays at 10pm on Bravo.