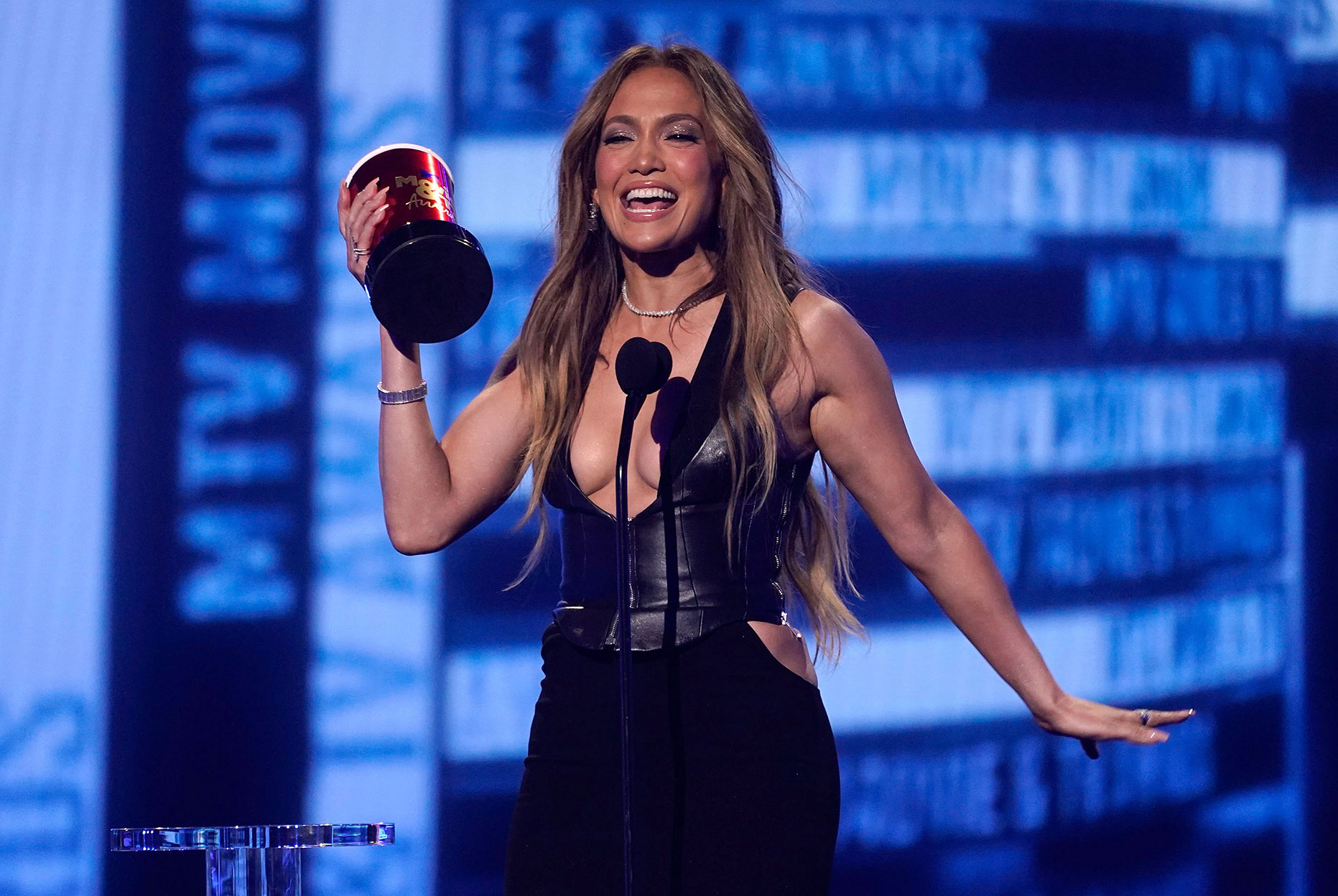 Thanking her loved ones! While accepting the Generation Award at the 2022 MTV Movie & TV Awards, Jennifer Lopez made sure to end the speech with a special message to her fiancé, Ben Affleck.

“Ben and everybody at home, wait for me to have dinner. I will be home by 7!” Lopez, 52, said after reflecting on her career at the Barker Hangar in Santa Monica, California, on Sunday, June 5.

The sweet shout-out comes two months after the singer confirmed her engagement to Affleck, 49. The couple were first linked after meeting on set of Gigli and were originally engaged from 2002 to 2004. At the time, Lopez admitted that she wasn’t sure when their bond first formed. “You can’t pinpoint it,” she told Dateline’s Pat O’Brien in November 2004. “We became friends first. That is the honest to God truth.”

The duo ended up calling off their wedding and four months later they officially broke up. Following their split, Lopez opened up about her “first real heartbreak” in her book, True Love. “It felt like my heart had been torn out of my chest,” the Hustlers star wrote in the 2014 novel. “I sought out comfort in another person, tried to find someone who could make me feel loved and wanted in my loneliest hours.”

Lopez moved on with Marc Anthony and the exes were married from 2004 to 2011. Affleck, for his part, went on to marry Jennifer Garner and they finalized their divorce in October 2018 after 10 years of marriage. 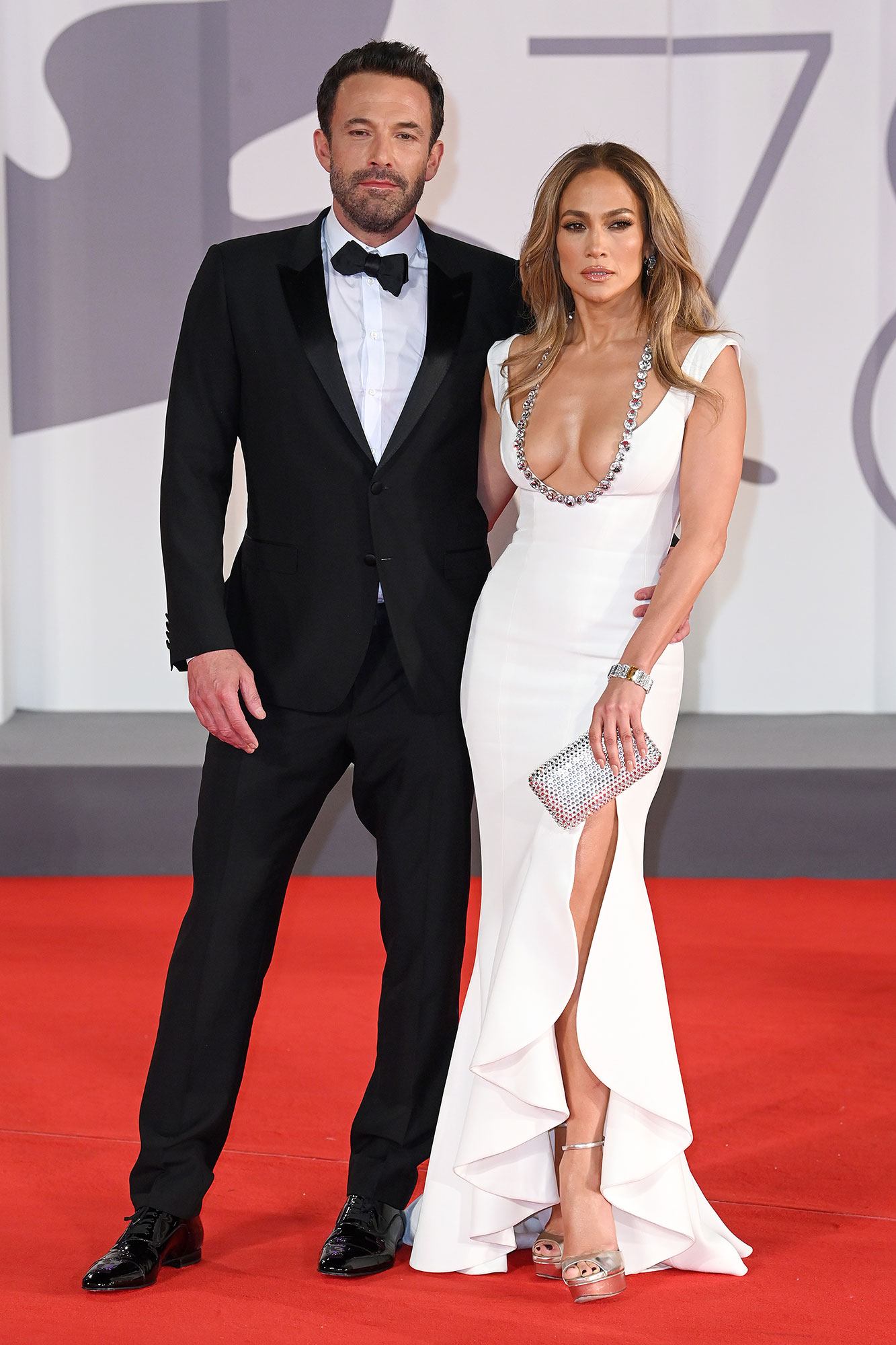 Ahead of their reconciliation, the Argo producer opened up about watching Lopez’s success over the years.

“Where are you keeping the fountain of youth? Why do you look the same as you did in 2003 and it kind of looks like I’m in my 40s … at best?” he told InStyle in April 2021. “I thought I had a good work ethic, but I was completely humbled and blown away by what she was committed to doing day in and day out, the seriousness in which she took her work, the quiet and dedicated way she went about accomplishing her goals, and then how she would go back and redouble her efforts.”

That same month, the twosome made headlines when they were spotted spending time together shortly after Lopez’s split from fiancé Alex Rodriguez. One month later, Us Weekly confirmed that they were “full-on dating and very happy together.”

“[Ben and Jennifer] had a heart-to-heart and it reignited the spark between them,” a source exclusively told Us in May 2021, adding that things have “progressed” into something more.

Couples Who Made Their Red Carpet Debuts at an Awards Show

Earlier this year, the New York native announced that Affleck had popped the question again. “Saturday night while at my favorite place on earth (in the bubble bath), my beautiful love got on one knee and proposed,” Lopez wrote in her “On the JLo” newsletter about the April proposal. “I was taken totally off guard and just looked in his eyes smiling and crying at the same time trying hard to get my head around the fact that after 20 years this was happening all over again, I was quite literally speechless and he said, ‘is that a yes?’ I said YES of course that’s a YES.”