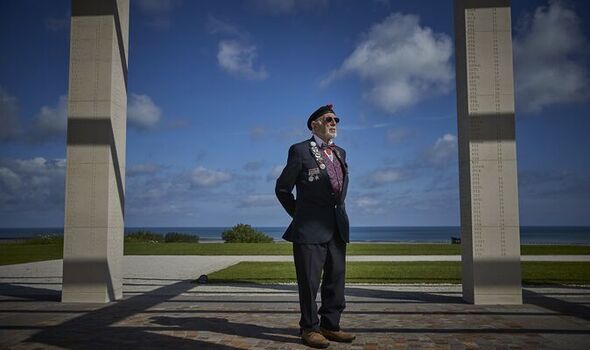 Joe Cattani, 99, is one of the few among the dwindling number of heroes who each year mark the crucial battle against Nazi Germany on June 6, 1944. Their pride is undiminished and a handful of former servicemen gathered in Normandy yesterday on the landings’ 78th anniversary.

They paid their respects for the first time at a new magnificent monument that lists the names of all 22,442 British soldiers who died in the Allied campaign.

The British Normandy Memorial was unveiled last year. But Covid rules meant few veterans or their families could attend.

He was joined in France by Richard Forrester, 96, Harry Rawlins, also 96, of the King’s Royal Rifle Corps and Royal Navy man Peter Kent, 97.

Lord Ricketts, the memorial trust chairman, said: “It was very moving. Although it records stories of terrible suffering, there’s a message of hope.”

Among those dearly missed at Bernieres-sur-Mer, overlooking Gold Beach, was Harry Billinge, a former Royal Engineer who raised more than £40,000 to help pay for the shrine. He passed away in April, aged 96.