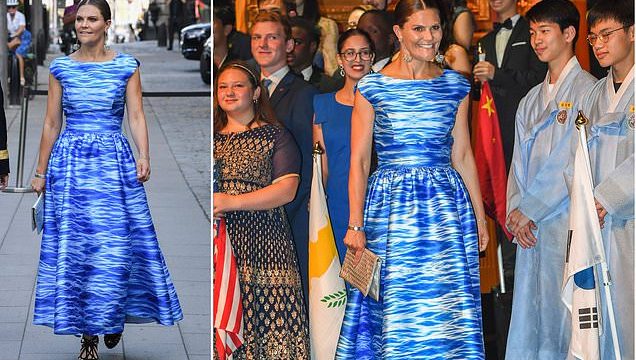 Making a splash! Crown Princess Victoria of Sweden stuns in a bold blue ocean-inspired gown as she arrives at sustainability awards in Stockholm

Crown Princess Victoria of Sweden wowed in a stunning floor-length blue gown as she presented a sustainability award in Stockholm today.

The royal, 42, looked radiant as she attended the Junior Water Prize, which is a ceremony for youngsters interested in water and environment issues.

Her Royal Highness donned an eye-catching dress that featured a bold ocean-inspired ‘wave’ print and completed the look with a pair of black high-heels.

She kept her accessories simple and opted for a silver clutch bag and a bracelet on her right arm. 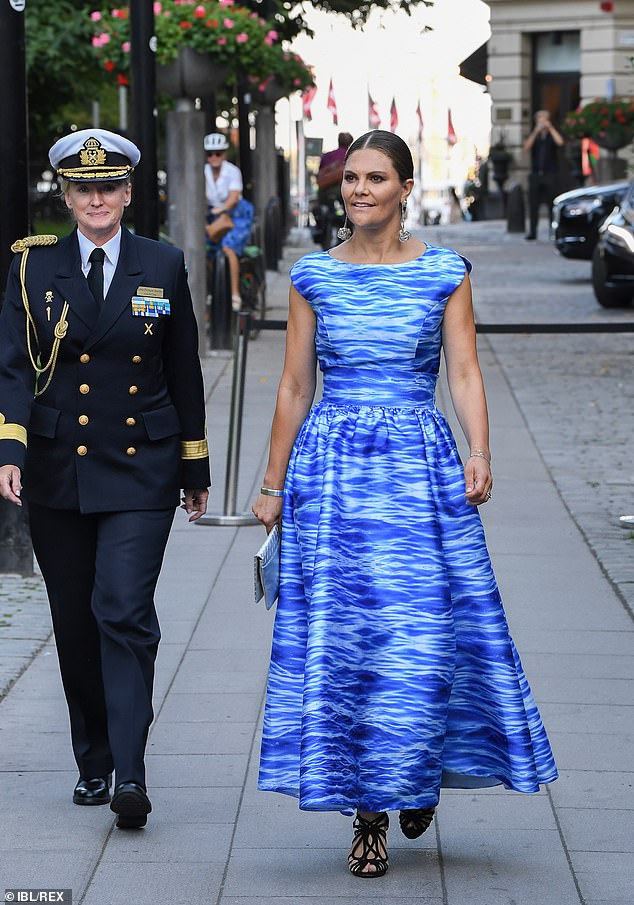 Crown Princess Victoria, 42, wowed in a stunning floor-length blue gown was she arrived at the sustainability awards in Stockholm today 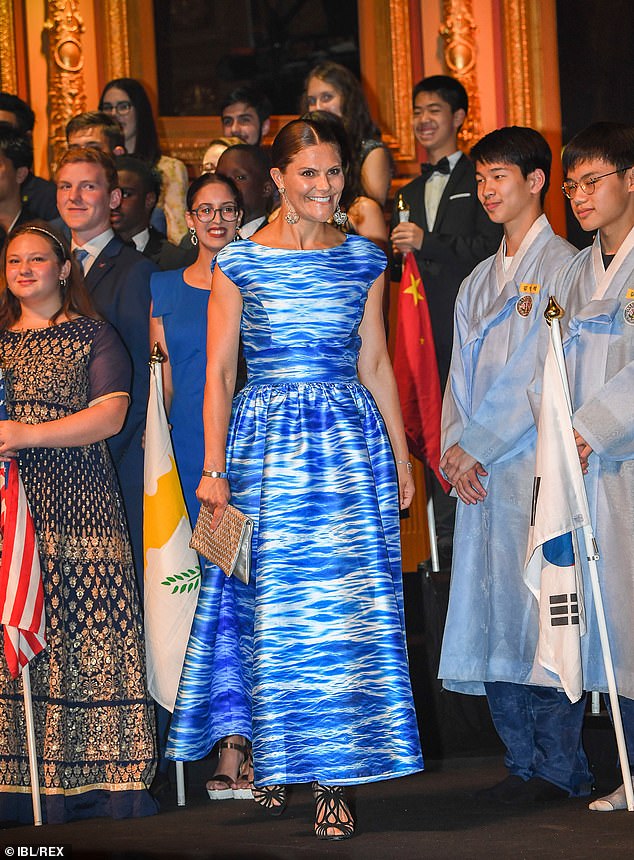 The royal, who opted for an eye-catching wave print dress, beamed as she presented the award to delighted recipients (pictured)

The mother-of-two wore her dark hair in her signature low bun and added a pair of delicate silver earrings to finish her trendy look.

Keeping her make-up simple, the royal looked fresh-faced, ensuring her dress was the main attraction.

She was pictured shaking hands with officials at the event, before heading inside to present the Junior Water Prize award.

Crown Princess Victoria is patron of the Stockholm Junior Water Prize, which is open to entrants from around the world. 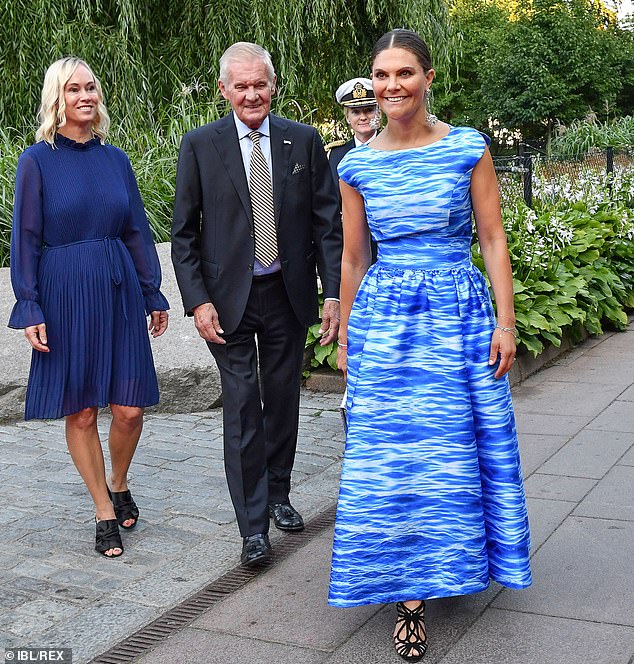 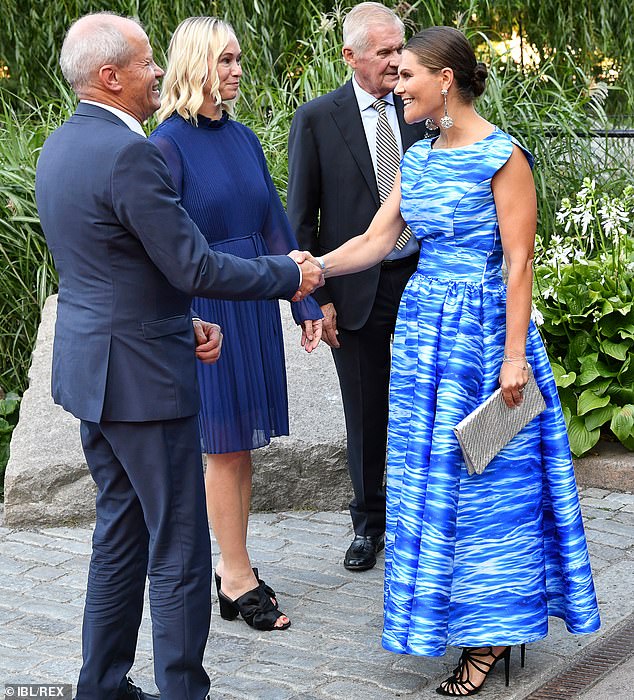 They join national competitions in the hope of earning the chance to represent their nation at the international final held during the World Water Week in Stockholm.

The national and international competitions are open to young people between the ages of 15 and 20 who have conducted water-related projects of proven environmental, scientific, social or technological significance. The projects range from local or regional to national or global topics.

Crown Princess Victoria and her family have been enjoying a relaxing summer. Last month she posted a photograph of daughter Estelle and her three-year-old brother Oscar, officially the Duke of Skane, smiling while on a family vacation to the country’s west coast.

Victoria is the eldest child of King Carl XVI Gustaf and heir apparent to the Swedish throne. 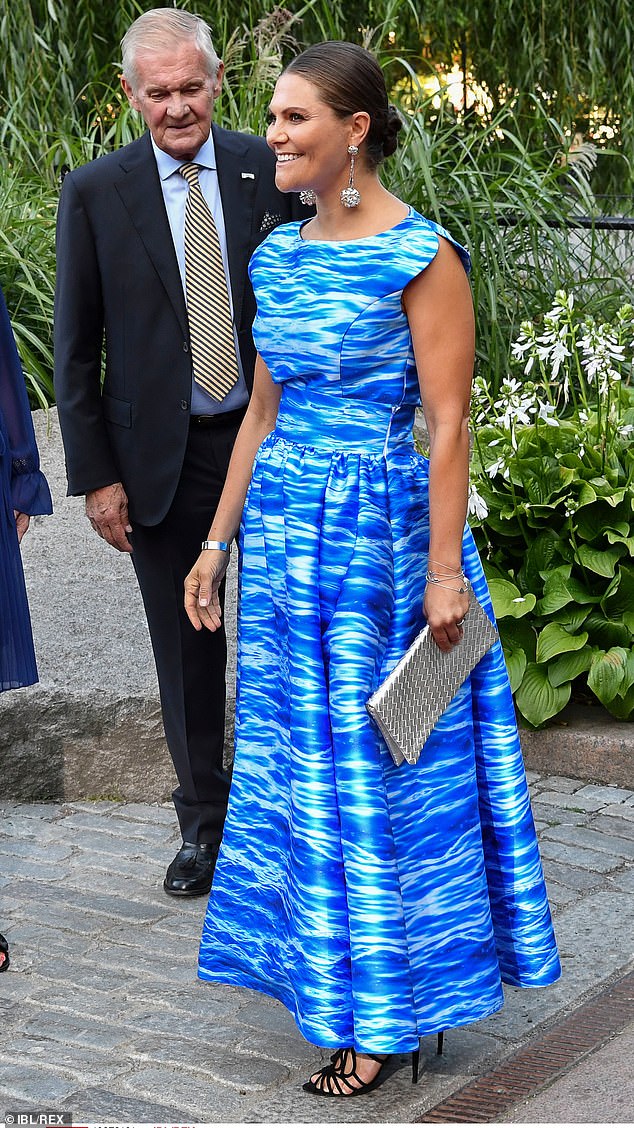 Crown Princess Victoria of Sweden (pictured) is patron of the Stockholm Junior Water Prize, which is open to entrants from around the world 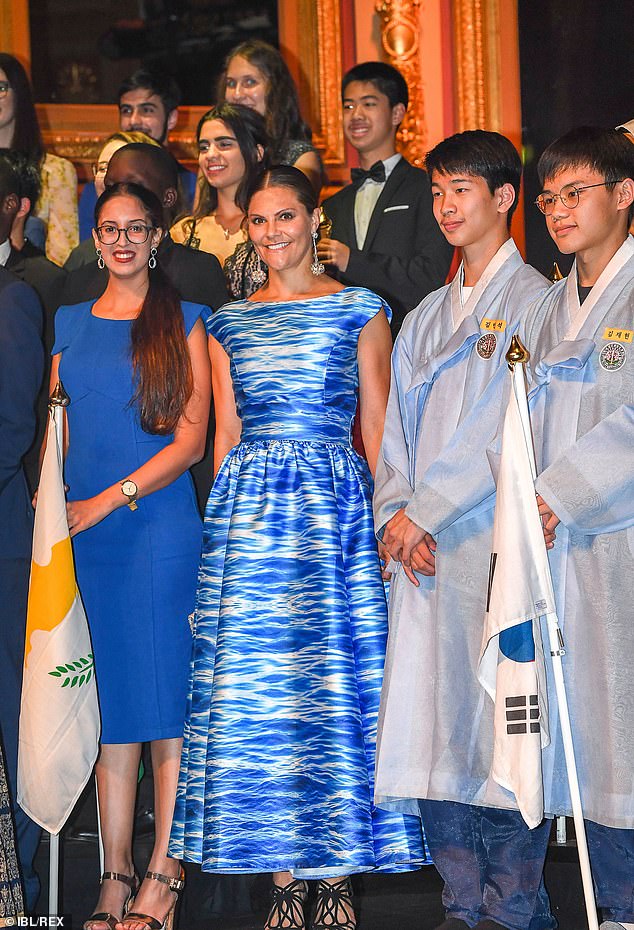 The royal smiled as she posed for photographs inside the event, which took place in Stockholm earlier today